Most rural and agricultural areas in the Mediterranean region are concerned by migrations. How does this actually affect local economies?

Rural migration is generally a strategy to improve living standards. It is a way of increasing the migrant’s financial income and diversifying the livelihoods of the families of migrants. Rural exodus eases the pressure of populations on scarce resources, such as water, and facilitates access to goods and services for those who stay behind. Emigration also has less positive consequences on the local economy, especially when the migrant means a loss of family labor. Emptied of their youth, rural areas experience difficulties in developing, transforming and attracting.

Furthermore, rural communities who mainly make their livelihoods from agricultural production bear the brunt of climate-related shocks. Crops are devastated, natural resources deteriorated and the secondary effects of climate shocks, in particular health crises and the resurgence of crop pests, are rarely long in coming. When agriculture is the main resource of rural communities and they can no longer carry out their activities due to this type of disaster, they have no other choice but to migrate to other rural areas, other cities or other countries.

Consequently, water, land, climate and food insecurity catalyze migrations. Rural areas which host displaced persons are, in turn, likely to be adversely affected in terms of food security and tensions emerge with the lack of resources and access to basic services. Although the immigration of Syrians to Lebanon is an old phenomenon, in particular in the northern regions of Bekaa and Akkar, the recent influx of Syrian refugees has had destabilizing effects on the land of the Cedars. Local resources, such as water, and education and health systems are now under enormous pressure and the abundance of a cheap labor force, especially in unskilled jobs, has driven wages down.

Syrian refugees in Lebanon: an emergency for European countries too

When development is not inclusive, who is “left behind”? Furthermore, is it possible to establish a “profile” of rural migrants in the African-Mediterranean region?

To migrate, you have to want to but also to be able to. In view of the socioeconomic and security costs related to migration, the poorest and most vulnerable are often unable to migrate, either within or outside the borders of their country. They are also the ones to be the hardest hit by natural disasters or crises. Yet is difficult to establish a “typical profile” of migrants, firstly because available statistics are approximate and, secondly, migration is the result of various determining factors. The reasons which prompt the departure are as varied as the push factors towards the coveted place. Consequently, alongside the mobility of farm workers with no training, the inactive or unemployed towards cities and fertile agricultural areas, there will be a mobility of rural executives who are educated, trained, with qualifications, who have other aspirations.

However, while the vast majority of African migratory movements remain intraregional, there has been a sharp increase in migrants from Sub-Saharan Africa in the Mediterranean migration space. These migratory flows need to be analyzed with respect to recent developments, such as conflicts and climate shocks, and also based on the scale and pace of the population increase on the continent.

What role do women play in this phenomenon of migrations?

A few studies quoted in the Mediterra report indicate that there are a larger number of women in certain migratory flows. In Egypt, it is estimated that there are more women than men in migratory flows between rural areas. In Morocco, it is estimated that there has been an increasing number of women in the rural exodus since the mid-1990s. These trends can especially be put down to the persistence of social constraints on them, the selection in favor of woman in the urban informal sector (domestic work, for example) and the employability of women in labor-intensive industries, such as the textile industry.

Certain European temporary migration programs are conditional on a return to the country, following which new profiles of farm workers have appeared, i.e. middle-aged women with children, linked to their country of origin by family commitments. The migrations of men also lead to more women in agricultural labor. Women become essential to food security and community well-being. This can strengthen their economic role but also contribute to perpetuating or increasing gender imbalances.

We know that the socioeconomic vulnerabilities of rural women are exacerbated by the fragility of local economies, the deterioration and decline of natural resources, by climate change and discriminatory standards. Women contribute to the resilience of the village when the young men have left and when they are migrants, they are exposed to greater risks (violence, exploitation, etc.). It is therefore essential to integrate the gender approach into agricultural and rural development programs from the perspective of migration issues. It needs to be taken into account in processes for premigration, displacement and reintegration in the place of origin.

What is the impact on youth employment in rural areas?

With little or no skills, capital, access to credit and land, the opportunities for young rural dwellers are extremely limited. In addition to the economic factors of migration, there are cultural and social factors which can play a major role. Pressure from peers and the desire to imitate the success of those who have left contribute, for example, to the dissemination of a culture of emigration.

In certain territories, how do incoming migratory flows have an impact on rural development?

Immigration towards Euro-Mediterranean rural areas started in the 1980s. Immigrants were for a long time a key factor in the resilience of European agricultural sectors. They allowed a number of farms, rural villages and agricultural enterprises to survive and continue to produce in difficult times. Immigration is therefore a strategic resource which helps overcome the shortage of available manpower. But the low level of recognition of this contribution, the difficult living and working conditions and the resulting social costs are all barriers to the integration of foreign workers and undermine the capacity of immigrant populations to sustainably contribute to the development of these regions.

China and its migrants: Fragile progress

What actions should be implemented to promote rural development in the Mediterranean region?

While migrations are not the core activity of CIHEAM, on several occasions, the Organization has made a critical assessment of the situations that prevailed in farming and rural areas in countries in the southern Mediterranean. Poverty and precariousness in rural areas, poorly controlled urbanization, advanced degradation of natural resources, marked inequalities in the distribution of wealth… this research also focused on the lack of agricultural and rural public policies, which had the effect of marginalizing rural territories from development processes. It is today clear that migratory phenomena need to be put into perspective with the consequences of these complex situations of poverty and inequality which are sometimes combined with conflicts and crises.

Consequently, rural development in the Mediterranean region must give priority to integrating the issue of inequalities between rural and urban regions and inequalities between countries of the region. A substantial effort especially needs to be made in terms of equal access to quality education, health, public services and housing. It is also essential to work on the attractiveness of territories. 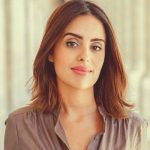