South Africa is one of the most unequal countries in the world. Despite a period of great hopes in 1994 with the end of apartheid and the arrival of democracy under Nelson Mandela, the country has struggled to fight against economic inequalities between ethnic groups. Murray Leibbrandt takes a look at these persistent inequalities and at the role of those who he believes are the solution for a new social balance: public authorities.

Economic growth is often considered as the most effective driver for reducing poverty and inequalities. Have you observed this in South Africa, a country where growth is relatively high?

South Africa is a very concrete case study to illustrate the complexities of this link between growth, poverty and inequalities. In the post-apartheid period, the country has experienced an average annual increase in its GDP of close to 3%. This rate is far from those seen in China or Mozambique, but, in periods when it has been closer to 5%, it has created a number of jobs and allowed parts of the population to get rich. A black middle class has begun to emerge and the State has earned additional tax revenues which have allowed it to take action against poverty and inequality. But, progress has been disappointing, we expected better!

This growth has not substantially changed South African society. On the contrary, many inequalities have increased. Whites who have the human capital and skills have seen their standard of living increase faster than the growth rate of the economy. But for the middle classes, earning more is still a struggle. Companies demand an increasingly skilled labor force, like in France or the USA, while at the bottom of the ladder, needs for unskilled staff are not increasing. It is always the same groups who have access to quality education, it is always the same groups who find good jobs and, then, it is always s the same groups who stay unemployed.

In your opinion, is the persistence of inequalities due to poor political choices or social relations?

The Government has done a lot for education and health, but not enough to involve black South Africans in the labor market in a more inclusive manner. Alongside this, we are still living with a psychosocial legacy which we have ignored. Economic growth is useful and necessary, but it has been too low to be transformative and it does not automatically strengthen social cohesion. Relations between individuals in companies, government or communities  are the main area of concern. Racial privileges and racial disadvantages remain, despite the freedom and political rights acquired in 1994.[1] 90% of South African society is black and only 10 to 15% of this group  has benefited from economic growth. The others, the majority, remain highly vulnerable.

In the context of a project on social cohesion implemented with AFD, we have interviewed people from different socio-economic groups, living in cities, rural areas, etc. Everyone told us about the wide gap between the popular discourse on the construction of a miracle nation and the reality of daily life.

The fight against inequalities: A state of emergency

Is this situation taken into account by the economic and political elites?

In the social dialgoues that we have been part of over the last few years it has been clear that captains of industry are fully aware of the dangers of this wide gap. They know that we lose an enormous amount of productivity because of the lack of trust and effective interpersonal relations in companies. It is the crux of the problem: people still live far apart, do not interact outside of the workplace, do not access the same levels of responsibility in companies but are expected to interact very well in the workplace. There is quite a widespread feeling of not taking part in the construction of this “new South Africa” described at the top of the ladder, by those who think that everything is better. And this is a burden on the economy as a whole.

Jason Hickel: “We can end poverty by changing the rules of the global economy”

Do you mean that economic growth would be stronger if there was more solidarity in society?

That is exactly what I mean! Our economy is constantly constrained by the lack of transformation in our social relations. This distorts who speaks to who in nearly every situation. As a result, the spirit of initiative is not well developed. I am not talking about entrepreneurial spirit strictly speaking, but of individual commitment to a group, company or society. We do not form a nation where we encourage each other to resolve problems or do better. This prevents us from reaching a growth rate of beyond 4%. This is not just a South African problem. Here we are touching on the frontiers of contemporary social analysis: the link between growth, inequalities and poverty is a key contemporary issue in sociology, economics and political science.

Unfortunately, there is no magic formula in economics. But at the political level, we need a vision which turns voters into citizens. There may be a need for another “1994” for the country to say: “Now, we must change in a way that includes all of our people and addresses our inequality.”

So, the successive governments have not transformed the benefits of growth into tools to fight against inequalities and poverty.

In the 1990s, the State reduced its budget deficit, repaid high public debts and, at the same time, increased health and education expenditure. Tax revenues were invested in the social sector. The redistributive system worked well, for both direct aid and the tax structure. But the provision of quality public services has not followed and we are seeing the consequences of this today. People do not have confidence in the administration. It is a huge job for the Government. It needs a clear vision of what it wants to do. Yet there is uncertainty among the population over its intentions and public service officials are demotivated: they are vilified by users, but they  do not know what their managers want because of a lack of a clear vision.

Does the fight against inequalities involve public sector management?

In my opinion, this goes without saying. If we take an example of a poor Kwazulu-Natal region, in the east of the country. The educational outcomes of children in a neighborhood were appalling. Relations between residents and the school’s administrators and teachers were also very bad: families felt that the school was not serving their children and that the only thing teachers thought about was getting better salaries thanks to their unions. The Government called on mediators to understand the whys and wherefores of this situation. In the end, money was invested in both infrastructure and better mutual understanding. Through communication teachers felt understood and were also encouraged to work overtime, to show their commitment to students.

This story has a positive outcome, but this takes a long time. Our nurses and doctors in our clinics are also functioning with bad, dysfunctional relations with their communities. We all want a better education system and better healthcare system, but we need to start by taking the prevailing realities into account and building better relations at the local level. At the same time, as I said earlier, this is all speeded up if it is part of a national vision of building a new, productive, inclusive society.

I will give you another positive example. Civil servants from the government’s labour offices have been remotivated by making them aware that they have the power to change the lives of the young jobseekers who come into their offices. This intervention has been based on a similar intervention in France! Officials have been trained to use the results of an online writing and math test to identify the abilities of jobseekers and to credential them. This package of officials being more motivated and doing a little more has, in turn, given the jobseekers a fuller and more accurate vision of their abilities. The intervention has achieved good results in terms of the employment rate.

South Africa has just introduced a minimum wage. Is it a good thing?

From 1997, there were minimum wages in certain sectors. The national minimum wage will be set across all sectors, but at a level that primarily concerns the most vulnerable workers. This work has been fascinating and difficult. I was a member of the commission which advised the Government on this project. We supported the establishment of a minimum wage nationwide, carefully set to maximise support from wages for vulnerable workers but not so high as to threaten their jobs. For the unions, the amount of the minimum wage is too low. It is far below their bargained wages. But these wages are not threatened by the minimum wage. It stands at ZAR 20 an hour (about EUR 1.15). That may sound low, but it is the best we were able to do. And, above all, 47% of the labor force is covered! Symbolically, it is also a sign that society is changing to care about our most vulnerable.

[1] 1994 effectively marked the end of apartheid in South Africa and the start of reconciliation. The first election in which all citizens were allowed to vote was organized and some 20 million people voted, against 2 million in 1989. Nelson Mandela was elected and decided to form a Government of National Unity. 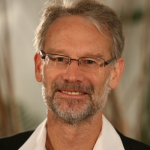