Many African countries with diversified economies and political pluralism have high growth rates. One example is Côte d’Ivoire, a champion with an expected 8.5% in 2016 and 8.3% in 2017. The only problem is that as this growth is not inclusive, its benefits are slow in changing the daily lives of a majority of the population, despite the growth of middle classes. How to overcome the inequalities which undermine the society of Côte d’Ivoire? According to Francis Akindes, Professor of Sociology at Alassane Ouattara University (Bouaké), educations is more than ever a key issue.

What are the main markers of inequalities in Côte d’Ivoire?

In early February 2017, the World Bank released the findings of a study on the economic situation in Côte d’Ivoire, stressing the “skills challenge” facing the economic policy.

A striking indicator figures in this report: the school life expectancy of a child, adjusted by the repetition rate, averages only 7.7 years in Côte d’Ivoire, whereas it stands at 9.7 years in Africa and 12 years in middle-income countries (MICs). In short, the human capitalization threshold, the key factor for a sustainable growth policy, cannot be achieved with such a low level of schooling.

In addition, the difference between the public education system and private schools means that the public system no longer acts as a social ladder for children in rural areas or from poor families. Yet if ever there were a fair corrector of inequalities, it is indeed school. In the context of Côte d’Ivoire, not only does it no longer play its role, but it rather contributes to reproducing or even increasing inequalities, as the provision of quality education is increasingly shifting to the private sector.


Public school is increasingly disqualified due to the many strikes throughout school years. It delivers certificates that no longer correspond to real skills. These uneven qualities in training and education provision contribute to increasing inequalities in Côte d’Ivoire.

Is the mismatch between training and demand on the labor market the subject of debate?

No, it isn’t, and this is where the problem lies. Everyone talks about it in their own chapel. But the groups of stakeholders (business leaders, policymakers, partners of the education system from all levels, students and pupils) who are supposed to be partners of the reform of the Ivorian educational system do not meet to discuss it. Companies want well-trained students, but how can quality be achieved with the masses? A comprehensive reform is required in order to improve education from the top down.

The World Bank’s study focused on primary and secondary education, at the risk of omitting the systemic dimension of education: to have competent primary school teachers, you need to start by reforming higher education, which trains teachers!

The efforts that need to be made require political leaders who have a vision of the future and at least some sense of the collective interest. The results from the economic growth of Côte d’Ivoire are tapped by a small elite. This elite is regarded with a great deal of resentment and frustration.

This situation is not specific to Côte d’Ivoire…

Inequalities are to be found everywhere, but the gap between those who receive and those who have nothing is becoming unsustainable in Côte d’Ivoire.

The Gini coefficient on income inequality, published by the World Bank, stood at 41.5 in Côte d’Ivoire in 2013, which is well below South Africa (63.1), a highly unequal country, but as high as in Gabon, the USA and Qatar. Côte d’Ivoire’s GDP is equivalent to 40% of the GDP of the eight countries of the West African Economic and Monetary Union (WAEMU).

In Côte d’Ivoire, inequalities are visible to the naked eye, with the range of all types of luxury products, the furniture shops, or French supermarkets which have opened. The authorities say that they want to counteract the monopoly of the Lebanese or Pakistanis, who control wholesale trade and food imports, by introducing heavyweights like Carrefour on Côte d’Ivoire’s lucrative market. These supermarkets are largely seen as being for the affluent middle class which, by increasing, is becoming a commercial target for major brands.

It should also be pointed out that the headquarters of several international organizations are located in Abidjan, which inflates purchasing power with well-paid officials who drive up prices.

Does the growth of the middle class contribute to reducing inequalities?

This growth appears to be correlated with corruption, as this middle class is made up of rentiers from both the public administration and private sector. These privileged classes do not want to share, as parliamentarians showed in July 2014, by rejecting a bill to increase the minimum income of domestic workers, which ranges between F CFA 25,000 and F CFA 40,000, to the set amount of F CFA 60,000, i.e. just under EUR 100. What can you do with less than EUR 100 in Abidjan? A lumpenproletariat is maintained.

What needs to be done to improve the redistribution of the benefits of Ivorian growth?

The social ladder needs to be redistributed and repaired, with better social coverage, a reform of the Ivorian education system, and real employment policies. This is the only way to obtain a multiplier effect from growth opportunities. We need to get all the stakeholders around the table and talk about this.

But things need to be done properly. In 2014, we launched a major project to revise curricula. The reform involved switching to Bachelor, Master and Doctorate (BMD) programs in order to come up with appropriate and more professional training. Teachers took their old lessons, changed their names, took up the imposed standards, and arranged the same subjects without defining training targets for each program. This reform is a failure.

Is there a clear awareness of the challenges imposed by the ongoing demographic transition?

Everyone is talking about it, but with neither the structured vision nor the courage needed to create real projects, leaving behind the fear of change.

The problem lies in getting out of the short cycles of political decision-making, which follow the pace of elections and objectives that are often more quantitative than qualitative – in terms of the number of students who have taken their baccalaureate examination –, and move towards reflection on much longer periods of time, so that society can take control of its future.

Read on this subject on ID4D: “SDGs: The health and education of children should remain top priorities in Africa”, by Ian Hopwood, Lecturer at Sciences-Po Paris, former UNICEF Representative in Senegal.

Education periods are spread over time which corresponds to generations. The quality of education remains a key issue for the future of Côte d’Ivoire. 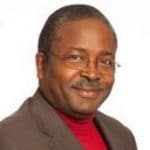