Special Advisor to the Strategy and International Relations Department at INPI

Why do you make a link between industrial property and sustainable development?

We commissioned this study in 2013, prior to COP21, from two lawyers and an economist, to have both legal and economic insight into the issue. When there is not a guarantee of the legal certainty of patents, investors are reluctant to go there and it is also not possible to stimulate local innovation.

At COP21, the negotiators put on the table the issue of removing all intellectual property rights in order to make technology transfers. In this study, we wanted to show that it is not a solution.

Is it first necessary to set up or strengthen structures, particularly in Africa, to protect intellectual property?

The structures and texts exist in Africa. The issue lies more in their implementation and the examination of the titles. In practical terms, how do we go about studying a patent application? How can it be defended once it has been obtained?

INPI works with the African Intellectual Property Organization (OAPI) , which includes 17 mainly French-speaking African countries, and has its headquarters in Yaoundé, Cameroon, as well as with the African Regional Intellectual Property Organization (ARIPO), which includes 17 English-speaking countries. Officials from both these offices come to train in France. In-country training programs are held every year for customs officers, police officers and magistrates, via INPI financing, on disputes related to intellectual property.

It is essential to work with all the levels of law enforcement. If customs officers discover a container with counterfeit goods, they can seize it, but they must respect legal deadlines. Consequently, they will need to find the owner of the intellectual property rights to ask them if the goods really are counterfeit. In cases where it is difficult to have the contact details of the patent holders, the procedures can take a long time.

What types of products are the most concerned?

Fake drugs are a real scourge in Africa due to the fact that there is not a network of exclusive and controlled pharmacies. To buy treatments, it is necessary to go through the Internet or traditional markets. Yet the bulk of the drugs on sale on Internet are fake and on markets they have sometimes expired.

High-profile cases regularly break out in Africa during customs seizures. In July 2012, some 82 million illicit drugs from Southeast Asia and Dubai were seized in three days by the World Customs Organisation (WCO) in various African ports, particularly in Angola, with 33 million doses of fake antimalarial, antiobiotic and anti-inflammatory drugs in one go. In 2013, WCO renewed its operations and seized 550 million fake drugs in 23 African ports, during a raid conducted jointly by the customs authorities of each country.

Unfortunately, these seizures are not followed up by legal action and the rights holders are aware of the fact that they have no real impact, due to the very long time scale, problems of corruption, the application of rights, etc.

What are the solutions?

At our level, we can organize seminars to exchange on the good practices of French customs officers, police officers, legal experts and magistrates with their colleagues from African countries, which makes it possible to raise their awareness and inform them.

We also develop cooperation with clusters in Africa, competitiveness clusters and universities, to set up an innovation system in recognized centers of excellence, because it is not only about technology transfers! We can also innovate in the country. Investors need to stop considering Africa as an insecure no man’s land.

Is it not unrealistic to combat counterfeiting in economic environments where there is widespread imitation?

Innovation is today multipolar and Northern companies are consequently in competition with companies in emerging countries, or even in developing countries, on the green technologies market. In several countries, in South Korea, the USA, Canada and Germany, industrial property offices have lowered the price of filing patents when it involves “greentech”. The cost of filing a patent is in itself never very high. However, everything which relates to patents has a cost: have the title translated into several languages or call on the services of a lawyer.

Which countries do you feel are a model?

Morocco is a model. We work in close cooperation with the Moroccan Office of Industrial and Commercial Property (Ompic), which operates using exceptional standards, with a dense regional network and a profound understanding of the impact that intellectual property has on the economy. Morocco plans to become a hub of innovation and intellectual property in Africa.

Similarly, China has made considerable strides: the figures for the filing of patents are impressive. Chinese operators have taken the tool on board and also recognize it for others.

What are your recommendations for political leaders?

If we really want to make headway, it is undoubtedly necessary to structure courts and mobilization at the more political level. It will eventually be necessary to create a supreme court on IP disputes in the countries of the OAPI and Arab Administrative Development Organization (OADA).

More generally speaking, we prefer to take a bottom-up approach, to go directly towards the active forces, companies and civil society, in order to move intellectual property forward.

INPI is not only there to issue titles, but also to be at the service of companies. With this study, we want to demonstrate, through practical cases, that industrial property is not an obstacle to innovation, but a catalyst for it. Without security, operators will not transfer know-how. Intellectual property must not remain specific to Northern countries: it must be developed in all countries. 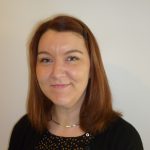 Special Advisor to the Strategy and International Relations Department at INPI