Head of the Macroeconomic Analysis and Country Risk Division at AFD

Following several years of strong economic growth, India, like the other major emerging economies, is facing a slowdown in its activity. Social performance in the country is also relatively disappointing, meaning India’s public authorities have to face major economic policy challenges.
–
How can India’s macroeconomic performance in recent years be accounted for? How can India continue its development trajectory? Vincent Caupin, Head of AFD’s Macroeconomic Analysis Division, and Stéphanie Pamies-Sumner, economist at the European Commission, share their analysis and recommendations with you.

What is your assessment of India’s macroeconomic performance over the past two decades?

For the past two decades, India has experienced a remarkable acceleration in its economic growth rate which, in the mid-2000s, could have been compared with that of its Chinese neighbor. While the average annual rate was below 3% in the 1970s (relatively low level given the country’s level of development, called the “Hindu rate of growth”), it reached 6% in the 1990s, and has even accelerated to an annual average of almost 8% since 2003-2004.

This economic “takeoff”, partly driven by private investment, has been based on the acquisition of strong economic positions in various business sectors (chemicals/pharmaceuticals, jewelry, oil refining, IT services, business services, etc.). The years of strong growth, combined with the introduction of major social programs, have brought about a decline in extreme poverty and the development of a middle class.

However, the outbreak of the international financial crisis in 2008 would appear to have marked a turnaround for India’s economy. Following the positive effects of the fiscal and monetary easing in 2009, activity has been increasing at an average annual rate of 5% since 2012-2013. While the ongoing standardization of international financial conditions and the slowdown in the global economy have something to do with this phenomenon, it is mainly internal factors, to a great extent structural, which are behind the recent lower performance of India’s economy. The appearance of macroeconomic imbalance during the 2000s (twin deficits, inflationary pressures) first compelled the country’s authorities to adopt a policy mix, which has had a negative effect on economic growth since 2010-2011 (rise in key interest rates; decline in public spending). But these imbalances have especially revealed the scale of constraining factors in terms of supply capacity, which India must face today.

What measures could allow India to continue a dynamic development trajectory ?

To continue this trajectory, India will need to alleviate the supply constraints. Indeed, the lack of physical infrastructure stands out as a major obstacle to activity in India. It is also cited by Indian business leaders as the main negative factor hampering the business climate, ahead of corruption and bureaucratic problems (Global Competitiveness Index, 2013-2014). Needs in terms of strengthening infrastructure would appear to be particularly high in the energy, transport and storage sectors. This lack of physical infrastructure hampers the country’s growth and development via various channels: production held back, fall in the price competitiveness of companies, higher trade deficit, greater inflationary pressures and mobility of people hindered. It would be necessary to invest massively in physical infrastructure. However, this objective may well prove difficult to achieve in view of the country’s budgetary constraints, even if the public authorities count on stronger private sector involvement (48% of financing expected, against 37% for the 11th plan).

India will also need to promote its human capital in order to increase its growth potential and the employment content in growth. This lack of human capital has, in particular, been inherited from the late recognition of the mandatory nature of primary education (law adopted in 2009). Despite the marked increase in the primary school enrolment rate (over 90%), the illiteracy rate does indeed remain high by international standards (about a third), as a result of the recent nature of this law, the high school dropout rate, and the insufficient quality of education. In addition, the low level of qualification of the vast majority of the labor force hampers reallocation towards industry and certain services, such as transport, storage and communication.

India could also increase its fiscal space by raising government revenues and/or reducing non-priority public spending. Indeed, with a government debt level close to 70% of GDP and a budget deficit of 7% of GDP, the situation of India’s public finances would appear to be relatively poor given its level of economic development. It also contrasts with the situation of the other major emerging economies (for 2010-2013, the public debt of the BRICS, excluding India, accounted for less than 40% of their GDP, and their budget deficit was in the region of 2.5% of their GDP). However, the public debt structure is reassuring (almost entirely denominated in rupees with low liquidity risks).

Finally, in an international context marked by a high level of volatility on financial markets, where there can be sudden turnarounds in the confidence of market players, it would appear to be necessary to reduce India’s vulnerability to volatile external funding flows. Actions have been taken in this direction for 18 months and are beginning to bring positive results, with a significant decrease in the current account deficit of the balance of payments. In the longer term, such an objective will require a policy for a reduction in energy dependence, a continued opening up to FDI, and an increase in household financial savings.

To find out more: 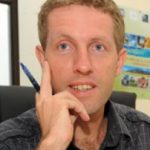 Head of the Macroeconomic Analysis and Country Risk Division at AFD