Why input from academics is crucial to the SDGs

All actors that are relevant for the future course of our planet should assume their responsibility to reach the goals by 2030 and academics have a special role to play. This is a case well made by Jean-Marc Châtaigner of the French Research Institute for Development (IRD) in a recent AFD blog post in which he argues that the critical perspectives of a variety of scholars will be essential to ensure the effective implementation and monitoring of the 2030 Agenda.

Marking a departure from the Millennium Development Goals (MDGs), the 2030 Agenda recognises the interconnectedness of poverty (goal 1) and inequality (goal 10) as two in a set of 17 ‘indivisible and interlinked’ goals. While this is a big step in the policy world, it is something that many academics have been researching for a long time. In his theory of justice, John Rawls makes the case that institutions and the inequality to which they may contribute ought to be judged from the perspective of the worst-off while Susan Sontag argues for a perspective whereby ‘our privileges are located on the same map as their suffering’. Both urge us to consider how the world’s most affluent are implicated in the structural causes of poverty and inequality.

It is to be welcomed that the 2030 Agenda takes a step towards making this connection. Given that academics have been analysing these interactions for many years, their input will be critical if this agenda is to hit the ground running. We need academics to continually remind us of these links. In order to understand the complex dynamics of poverty and inequality, diverse contributions are needed from politics, economics, sociology, history, geography, philosophy, international relations, anthropology.

Academics should not only be problem-solvers but also problem-raisers. Political theorist John Dryzek has argued that democratic policy must to rely on experts and policy analysts that are able to challenge political culture.

But this is about critique, not cynicism or opposition. The unique role academics can play is encapsulated in the term ‘critical engagement’ – they must critique processes and engage in them. Academics must seek both to amplify the voice of the marginalized and to make bold and thoughtful proposals to ensure that implementation of the 2030 Agenda really does leave no one behind. Academics can use their voices to bring into the public eye critical issues that risk being overlooked such as: how can we tackle power asymmetries in international institutions of economic governance? Perhaps most importantly, academics must remind us of the causes and structural drivers of poverty and inequality, and map paths to overcome these major obstacles.

How to involve academics more?

How, then, can academics combine their greatest asset – independent critique – with action and engagement in the policy process? Here are three ways.

International networks such as the Sustainable Development Solutions Network connects relevant institutions while Academics Stand Against Poverty (ASAP) connects individual scholars working on poverty and inequality. ASAP’s flagship program, Global Colleagues, seeks to address some of the challenges presented in the 2030 Agenda by pairing earlier-career academics working on poverty research at less well-resourced institutions in the ‘Global South’ with established academics all over the world working in similar fields.

The scheme aims to demonstrate the value of partnerships that are balanced and provide opportunities for both partners to learn from collaboration. It is hoped that such partnerships will foster a confident, globalized group of poverty researchers that sees as its mission not just to fulfil the Global Goals, but to hold powerful actors accountable.

Transparency International describes the SDGs as ‘an enormous opportunity to hold the feet of the world’s leaders to the fire, to consistently and publicly remind them of their pledges and to demand actions on a scale and with an impact that builds a better world’. The case is similar for academics: the SDGs are an opportunity and should be considered as such. The unique asset of academics is their unencumbered capacity for independent critique and their ability to bring evidence to the table of what is and is not working and why. Working in concert with civil society and other actors, academics have a critical role to play. Following the three steps outlined above will ensure that this engagement is targeted and effective.

The authors are volunteer project managers of Global Colleagues, an initiative that brings together poverty scholars from the South and North in one-to-one academic partnerships to tackle the major challenges set out in the 2030 Agenda. The current cohort comprises 68 scholars from around the world whose research spans an impressive portfolio of issues ranging from tax evasion by mining companies in Africa to rural insurgency in Mexico, Indian identity politics, and global food security.

The content of this post does not represent the official views or policies of ASAP, the Global Colleagues program, or its participants. 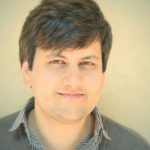 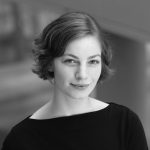