Professor of Economics at the Cornell University

The Indian economist Kaushik Basu was Vice-President and Chief Economist of the World Bank from 2012 to 2016. He analyzes and challenges the dominant economic theory, with a focus on the concept of the invisible hand theory developed by the Scottish economist Adam Smith, which justifies the free market. His latest publication, Beyond the Invisible Hand, published in 2011 in English, has been published in French in 2017 (Au-delà du marché) by Éditions de l’Atelier and prefaced by Gaël Giraud, Chief Economist of Agence Française de Développement (AFD). Kaushik Basu explains how this concept has served an entire trend of neo-classical economic science, but also powerful interests, by proposing erroneous interpretations of the real economy. An interview with an economist convinced that his discipline stands at the crossroads of social and political sciences and psychology.

Why do you refer to the invisible hand of the market as the “Smith myth”?

Adam Smith’s theory is based on the idea that individuals, by pursuing their own interests, regulate the interplay of supply and demand themselves and thereby contribute to harmony in society. A butcher works hard, not out of kindness, but in his own interest, which contributes to providing food for others, for example. Yet this idea of an invisible hand which would allow market self-regulation was never important during Adam Smith’s lifetime. He himself did not even highlight it. Today it is, however, practically the only thing that the vulgate retains from his work – and this does him an injustice. It is for this reason that I talk about a myth! In his book, The Wealth of Nations (1776), a founding text of liberalism, he did not even mention “the invisible hand” in its index. The term only appeared in the third edition of the book after his death.

For many conservative thinkers, the idea of a rational egoism of economic actors reflects a very convenient orthodoxy: leave everything to market forces, they say, the rich can stay rich, and the same goes for the poor. As if it were an irrefutable axiom…

So, there is nothing mathematical about market forces?

No, there is not. A French economist, Gérard Debreu (1921-2004, winner of the 1983 Nobel Prize for Economics), wanted to prove this geometrically, in the form of a theorem. But for it to work, several assumptions were necessary, not mathematical, but related to a set of social conditions.

This is because the economy functions in a social system which is often taken at face value. For example, it goes without saying that land is property. Yet the North American Indians never had such a notion. In 1753, when the Cherokees told the British colonists in South Carolina that they could take the land, they were expressing themselves in a symbolic way as a gesture of welcome. They did not think that they would be physically ousted from access to land. What is property? Or what is the egoism assumed to underlie the rationality of economic actors? And what about their altruism? What about the notion of respect, which means that human beings do not behave like rats around a piece of cheese? All these things which we take for granted are not so straightforward!

Is economics a social science?

It is part of it and certainly not an exact science. It stands at the crossroads of political science and psychology. In his initial research, Karl Polanyi (1886-1964, a Polish specialist in history and economic anthropology, author of The Great Transformation in 1944) raises this question in an interesting way: he recalls that the economy is embedded in society.

Key authors now believe that disciplines should understand the interfaces between social sciences, psychology and economics. Societies can function very well based on their own standards, which are not only related to the market or economic rationality, but also to their culture. If we take corruption as an example, to examine it without passing any moral judgment, and to understand in what way this phenomenon interferes with the market, because it allows corrupters to establish an influence and a power by making the corrupted obligated to them. Similarly, child labor is acceptable in certain societies and not in others, where it is forbidden by law and where the legal standard has been adopted as a social standard. In my view, disregarding all these phenomena is a serious error, particularly in public policymaking.

Does this mean that the economy does not define everything, as Marxists thought?

The original ambition of Karl Marx himself and of Friedrich Engels was to create a better and more equal world. The original intention was good, but the Marxist authors made two serious errors. Firstly, they interpreted the world in an overly materialistic – and therefore erroneous – manner. Secondly, they did not produce a master plan on the way in which to manage the world after capitalism.

We have seen this with the USSR, marked by extreme centralization and the hoarding of wealth by a small group. Ironically, this management method led to a form of crony capitalism, without resolving the issue of inequalities.

Therefore, should we consider other ways of regulating the market?

Yes, we should, provided they are intelligent! We have seen many idiotic forms of State regulation, which destroy individual motivation or lead to certain groups being exploited. The State has an important role to play in fighting against inequalities and in the redistribution of wealth. State regulations can be compatible with the market, such as the price of carbon for instance.

You talk a lot about the risk posed by the increase in inequalities. Do you think that the debate on inequalities is based on the right terms?

If we look at a few figures, which I have taken from data from the Global Wealth Report published by Crédit Suisse: the world’s three richest people own more resources than the inhabitants of Angola, Burkina Faso and the Democratic Republic of Congo (DRC) put together – i.e. 122 million people.

There is no need to look any further, and there is no point saying that growth is going to resolve the issue of inequalities: there is something wrong with the workings of the world! When people experience disparities in wealth on such a scale, it is understandable that they are angry. Whole segments of society are excluded, in proportions that are way too high, which fuels populism, religious fundamentalism and xenophobia.

For a very long time, economists claimed that market forces could solve everything. But inequalities have reached such a high level that they cannot be left up to the market – it is a bit like the climate issue.

We need regulation, international cooperation and planning by governments, otherwise the world could be destroyed by political conflicts and the chaos related to inequalities. There could be huge consequences, as is the case with the climate. It is time to wake up and act in the interest of people, and if we do not care about them, in our own interest!

It is possible to reduce extreme poverty, but fighting inequalities is more complex. We have had these discussions at the World Bank: when we start tackling inequalities, everything gets complicated, because we threaten the security of people who have privileges – starting with ourselves. Certain inequalities are possible and even desirable, due to the phenomenon of emulation and incentives they bring about. But their current level is as such intolerable, and that is without even considering their political consequences.

What about the regulation of the financial system?

We realized just how necessary it is, quite dramatically, when the international financial crisis broke out in 2008. We understood that an intervention was necessary when the credit bubble started to burst in the USA with the subprime crisis.

A whole raft of legislation – the Dodd-Frank Act – was adopted in 2010, raising the question of the level of regulation, which some deemed excessively high. In 2008, ordinary consumers did not understand what was happening with the toxic financial products they had bought. This clearly shows the extent to which the idea of the rationality of economic actors is limited.

It is necessary to have a regulator in the health sector, to refer patients to the right treatment. Similarly, savers and borrowers need to be advised by finance specialists.

Could there be another financial crisis?

There are risks, but I do not think it will happen. We see bubbles burst here and there, in China because of the debt, in India because of non-performing loans, and even in the USA where the level reached by student loans poses a huge problem. There is a greater level of awareness than in 2008. We can expect measures to be taken in time.

What are the results of your analyses in terms of development? What would your advice be to donors?

I am in favor of official development assistance, but its mechanisms and channels are extremely important. The allocation of aid needs to be carefully planned – it is an art which needs to be worked at! Allocating aid to an autocratic leader known for his corruption means that it will end up on an account in Switzerland. 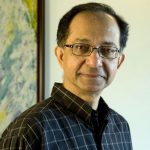 Professor of Economics at the Cornell University