Facebook Twitter Link
Copied to clipboard
The pangolin is the most poached animal in the world. In 2016, 10 tons of pangolin scales seized worldwide were linked to Nigeria. In 2019, this number has reached 52 tons. Photo credit to Tikki Hywood Trust

In recent years, Nigeria has evolved into the global hub for pangolin trafficking. An adequate criminal justice response to this crime is crucial to protect one of the world’s most threatened animal, for Nigeria’s sustainable development but also to avoid dramatic public health consequences, such as the COVID-19 pandemic.

The demand for pangolin scales comes essentially from China and Vietnam but as the pangolin population in Asia has decreased dramatically after suffering incredibly strong levels of poaching, traffickers are now turning to African pangolins to satisfy the insatiable Asian market.

In various Asian countries, pangolin meat is considered as a delicacy, but it is primarily their keratin-made scales used for traditional medicine purposes that put pangolins under threat.

One year ago, Singaporean authorities made one of the biggest seizures of illicit wildlife products in recent years. In less than a week time, they discovered over 25 tons of pangolin scales hidden in bags declared to contain frozen beef and cassia seeds. This seizure – the largest of its kind to date – as well as most other major seizures of pangolin scales in Hong Kong, Singapore and Vietnam in recent years, occurred on shipping containers originating from Nigeria. Over the last couple of years, Africa’s giant and its Lagos port have turned into the world’s biggest hub for trafficking of pangolins.

According to a recent study of the Wildlife Justice Commission, Nigeria has been linked to more than half of total pangolin seizures between 2016 and 2019, and is by far the number one country linked to this illicit traffic. In 2016, 10 tons of pangolin scales seized worldwide were linked to Nigeria. In 2019, this number has reached 52 tons. Close to half of the seizures made in Asia during the covered period originated from Nigeria, marking a sharp contrast with the 2005-2015 decade, during which Nigeria was not even among the top 10 origin countries of illegal pangolin scales.

Given these dynamics, prices for pangolins are on the rise and illicit profits have exploded, making pangolin trafficking a particularly lucrative criminal enterprise, associated with few risks. In 2016, the United Nations Office on Drugs and Crime (UNODC) found that one whole pangolin could range between 7 to 15 US dollars in Nigeria, while the scales of a single animal could be worth 250 US dollars in Asian countries. The International Union for Conservation of Nature (IUCN) estimates that depending on the species, the price of African pangolins has increased from double to five times between 1975 and 2017 in urban markets. Recent figures indicate that one kg of pangolin scales is now sold for 300 to 500 US dollars in Asia – sometimes more according to some reports – suggesting prices are hitting an all-time high.

Pangolins are not dangerous, they are almost harmless in fact. Compared to other animals targeted by illegal wildlife trade, they are relatively easy to catch once detected, they do not represent a direct physical threat and poachers don’t have to use the heavy or costly equipment they would use to catch an elephant’s ivory for example.

Moreover, while wildlife crime is not always considered as a serious offence, this is particularly true for pangolins. According to West African poachers interviewed by UNODC in 2018, law enforcement for pangolins trafficking is not as strong as for other wildlife related offences, such as ivory.

The IUCN estimates that over 1 million pangolins have been poached between 2000 and 2016, making it the most non-human mammal trafficked worldwide. In 2016, the international community gathered at the seventeenth meeting of the Convention on International Trade in Endangered Species (CITES) included pangolins in the list of the most endangered animals and banned any international commercial trade.

Given their limited reproductive capacity, the risk of extinction is real and would cause serious ecological damages, pangolins playing a crucial pest control role for earth and soil. Moreover, illicit wildlife trade including of pangolin can also have dramatic public health consequences, the latest example of which being the COVID-19 crisis.

While illicit wildlife trade is considered as one of the most lucrative transnational criminal activity, it has not been viewed as a priority area of intervention in Nigeria. The country is already facing terrorist groups, land-related conflicts between herders and farmers, as well as trafficking in persons, drugs, arms, oil or various counterfeit products.

But the risk that illicit profits generated from pangolin trafficking fall within the hands of violent extremist or other organized crime groups poses a serious threat to the stability of a country already exposed to a multi-dimensional security crisis. Furthermore, while corruption is a factor facilitating criminal activities, the other way around is also true as trafficking of wildlife products fuels corrupt practices. Just like any illicit wildlife trade, trafficking of pangolin scales from Central African countries through Nigeria to South East Asia implies considerable levels of bribery or even money laundering, thus undermining the government efforts to achieve sustainable development.

The need for an adequate criminal justice response

As other environmental crimes, trafficking of pangolins is complex, transnational and interlinked with other criminal activities. The United Nations Environment Programme stressed the importance of bringing a holistic response to environmental crimes, based on reliable data, adequate legislative framework, as well as diligent investigations and prosecutions. According to the CITES Secretariat, the Nigerian Endangered Species (Control of International Trade and Traffic) Act of 2004 and its 2016 amendment meet the requirements to implement CITES successfully. Yet, its enforcement remains weak. Strong political measures such as providing adequate financial, human and technical resources to relevant law enforcement agencies are crucial to tackle this crime efficiently.

Development partners could play an important role in supporting Nigeria’s efforts. However, until now, this crime has not been seen as a priority area of intervention in West Africa, and more specifically in Nigeria. World Bank figures indicate that between 2010 and 2016, Nigeria was the third lowest recipient of international investments aimed at fighting illegal wildlife trade in Sub-Saharan Africa. Nigeria received 300,000 US dollars, 74 times less than neighboring Cameroon over the same period.

A coordinated response to a transnational crime

Since recently, the Nigerian government has started taking action jointly with relevant national stakeholders, civil society organizations and international partners but further technical support could come, including from the International Consortium on Combating Wildlife Crime. Comprising of UNODC, the CITES Secretariat, INTERPOL, the World Bank, and the World Customs Organization, this consortium provides a coordinated technical support to national environmental and law enforcement agencies. Information sharing through international cooperation with origin and destination countries of pangolin scales, as well as engagement with private shipping companies and commercial airlines should also be part of Nigeria’s response.

But most importantly, the fight against pangolin trafficking and illegal wildlife trade should not be addressed separately from other development issues. Instead, it should be part of the country’s broader efforts to address environmental, security, health and poverty challenges to reach the seventeen goals set by the 2030 Agenda for sustainable development. 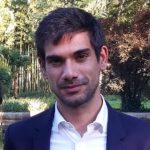