We have developed a hydrogen storage technique which is not in the form of a very high pressure bottle, but with an object that has the same format as a beverage can. This cartridge contains solid hydrogen, which can be distributed just like any consumer product – exactly like cans, in vending machines or supermarkets.

The prototype we have designed aims to completely change the relation we have with fuel or charging points for electric vehicles. This product is easy to distribute, is not dangerous to handle, as the hydrogen in it is not in the form of gas, and gives more autonomy to electric vehicle engines, because hydrogen contains more energy per kilogram than an electric battery. Simply by making it available at the supermarket, or being able to have it delivered at home, will change everything in the mobility ecosystem. This is what makes the cartridge innovative.

Have you tested it, is it in use?

Yes we have, initially by focusing on the electric scooter market. The cartridge can be installed on a scooter and turned into energy through a fuel cell, which continuously and silently turns the hydrogen into electricity, between the cartridge and the engine.

For cars, the idea would be to use it to extend the autonomy. A hydrogen cartridge can extend the autonomy of an electric engine by 150 km. The more we scale up with trucks and trains, the more our system will be intended to handle electric “consumables” on board in order to reduce the main electricity consumption.

The hydrogen cartridge is not on the market yet. We will need to scale up to mass distribution. We are currently structuring the ecosystem of the cartridge on the basis of three industrial actors who are already partners: an automotive equipment manufacturer will produce it, a large gas group, such as Air Liquide in France, will allow it to be recharged dozens of times and, finally, both large retailers and local stores will be able to distribute it in more places than service stations and with easier access.

What are the target markets?

As we have started by focusing on the application of the scooter cartridge, Asia is a major target for us. There are many two-wheelers on this continent, but it is also more difficult to install electric facilities, like in India, for example.

Southern countries offer promising prospects for the part concerning energy storage. We have established contacts in China, Taiwan and Japan. We know that Africa is going to become increasingly attractive, but this phenomenon is still emerging.

France is another main market, because we are present there and the country is a step ahead with connected objects and sharing vehicles, such as Autolib’, which we will be able to use to boost our deployment.

Is it dangerous to handle?

No it isn’t, storing hydrogen in this solid form, which is not gas, means there are low levels of pressure in the cartridge, which can quite easily be put in a vending machine.

The success of the cartridge will depend on its recharging method, either in factories that are used to handling hydrogen, or in smaller plants which will use renewable energies.

For example, a substantial proportion of the solar or wind energy produced is wasted because it cannot be stored. This is quite conceivable for recharging cartridges, which could subsequently be used to store energy for an electric car, or on a larger scale, to put it on a power grid. Our solution, called Store H, provides an innovative storage method, which involves a new vision of fuel. It is no longer a liquid which flows in your tanks, but an object which can be recharged and recycled.

How much will a hydrogen cartridge cost?

Our principle at Aaqius is to make technologies affordable, so that we can be remunerated by our success. Consequently, we offer solutions which can be industrialized so that we can recoup our investment from the sale of objects.

The cartridge should cost the same price as the consumption per kilometer of conventional petrol. The price of the vehicles which will be able to run using it should also be at the same price as existing scooters, between EUR 1,000 and EUR 2,000. The cartridge will be reusable. It can be recharged hundreds of times and can be recycled at the end of its life: it will then only contain powder which looks like aluminium or magnesium. 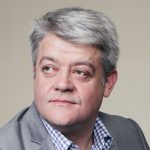