The serious humanitarian crisis we are seeing in Northeast Nigeria, with unprecedented famine since the Biafran civil war (1967-70), threatening 250,000 people, is relegated to the background in the news. Nigeria, Africa’s most populous country with 177 million inhabitants, 50% of whom are Muslim, continues to be both feared and little known, as explained by the French anthropologist, Maud Gauquelin, a specialist in the region.

What is your analysis of the current humanitarian crisis in Nigeria?

This crisis is extremely serious, as 50,000 children are in danger of dying because of it, without humanitarian aid being able to get through, except under military escort. This is due to the prevailing insecurity in the federal Borno State, the stronghold of the Boko Haram Islamist movement, which appeared between 1999 and 2000. It was, however, predictable, given the violence of both this armed group and the response of the Nigerian army, which has been supported since 2015 by a Multinational Joint Task Force, including contingents from Niger, Cameroon, Chad, Benin and Nigeria. The situation was doomed to end in disaster in terms of epidemics and food security.

In my opinion, this situation is prevailing largely due to a poor assessment of Nigeria by Western governments, but also to the lack of interest of the United Nations and international community towards this country. In France, Nigeria remains largely unknown. It is often confused with Niger, whereas it is our main economic partner in Africa.

The international community’s non-interventionist policy in Nigeria is partly due to the trauma left by the Biafran War (1967-70). It was marked by a famine which was so brutal that people ended up engaging in acts of cannibalism. Anthropologically speaking, there has been a tremendous rift. It has left its mark on people’s minds. We should remember that France at that time had supported the Biafran secession, only to realize later that this option had simply exacerbated the conflict.

Is the situation in Nigeria still misinterpreted?

Nigeria still continues to cause a great deal of fear, as the codes are different from those which prevail with its Francophone neighbors, particularly Chad and Cameroon. When I was working in the field in Maiduguri in 2008, the French Ministry of Foreign Affairs recommended researchers to leave the country every three months for reasons of physical and psychological balance. This country is so violent, frenetic and chaotic that it drives some people away. This is especially because it was a pariah State at the time of the dictatorship of General Sani Abacha (1993-1998), marked by the death in prison of the opponent Moshood Abiola and the hanging in 1995 of the writer Ken Saro-Wiva, who defended the rights of minorities in the Delta oil region.

Since then, the North of the country has remained enclosed, if not geographically, at least in people’s minds. No one wants to get bogged down in this quagmire. Northern Nigerians often say that they feel “abandoned”. A feeling of injustice prevails among the Christians in the Middle Belt and North of the country, who wonder why the Westerners who evangelized them during the colonization do not come to rescue them when they are massacred by Muslims. They wonder why France delegates military operations to Chad and Cameroon, as well as to the Nigerian army, which is renowned for its extremely violent methods.

Does this strategy, in turn, not simply add fuel to the fire?

To a certain extent, yes, because some of the leaders from neighboring countries involved in the fight against Boko Haram are both feared and perceived as not being legitimate. In addition, the mistrust of parts of the population towards military and political elites is so strong in Nigeria that Boko Haram has real support, which maintains a certain anarchy in the Lake Chad region.

Following the large-scale massacres perpetrated by Boko Haram in Baga near Lake Chad in January 2015, villages were razed by Boko Haram as they were suspected of supporting the army. Conversely, during interventions, the army massacred villages as they were considered to be supporting Boko Haram. The fact that the first leader of Boko Haram, Mohamed Yusuf, was killed in the wave of repression conducted by the army in 2009, and that his body was subsequently publicly displayed, turned the movement into a violent radicalism.

The situation would appear to be even more catastrophic in Borno State because in 2007 and 2008, President Umaru Yar’Adua, a Muslim from the North regions of Nigeria, gave a lot of money to the governors of federal States in the Northern regions, who subsequently indirectly financed Boko Haram. This fact is relatively well known in Nigeria, but not sufficiently outside its borders.

Can it be said that the problem posed by Boko Haram is based on domestic causes or, on the contrary, that it is international?

It has two dimensions. Nigeria’s State structures remain weak, except for the army. The fact that Boko Haram pays its fighters and provides them with training has appealed to some people. The sect also gives meaning to the lives of people who live in extreme poverty. As many as 60.9% of Nigerians, i.e. over 100 million people, were living with less than 2 dollars a day in 2012 http://www.bbc.com/news/world-africa-17015873.

According to the World Health Organization (WHO), life expectancy is limited to 52 years, against 61 in South Africa and 73 in Egypt. The root of the problem is that there is no redistribution of the oil windfall from the South of the country, the lack of prospects for young people in the Northern States of Nigeria, and a resentment towards political elites and the army which has been building up for a long time.

Today, Boko Haram is no longer a sect limited to Nigeria’s borders: it is a proto-State which swore allegiance to the Islamic State in March 2015, which has external support, and whose stronghold, the city of Maiduguri, has 1 million inhabitants. The sect operates in Chad and Cameroon, and is thought to be present among other neighbors in the subregion.

How to tackle Boko Haram in the Lake Chad Basin?

In your opinion, what will be the outcome?

The only solution would be to establish a dialogue with the leaders of Boko Haram. The more they are killed, the more they will be seen as martyrs. These people express themselves through violence to make their demands. They are the popular expression of a latent demand for a better redistribution of wealth, faced with a State which is not a welfare State but, on the contrary, a predator. There is a need to devise reintegration and peace rebuilding programs in Nigeria. There are opportunities for appeasement and armistice, as we have seen elsewhere after other wars.

Going beyond the limits of international interventions to tackle Boko Haram

Are the country’s authorities considering this dialogue?

No, they are not. Unfortunately, things are not taking this direction, insofar as the federal policy focuses more on the physical elimination of Boko Haram. On the diplomatic front, American advisors risk becoming increasingly isolationist, with the election of Donald Trump as President. However, the new resident of the White House will need to deal with Africa’s largest economy, and he will perhaps be pragmatic. This fact will influence the situation in Nigeria. The US has a military base in Garoua, in Northern Cameroon, and to date has provided substantial humanitarian aid. 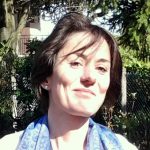