A platform to reflect on climate-smart agriculture

Launched during the U.N. Climate Summit in September 2014, the Global Alliance for Climate-Smart Agriculture is an integrated approach to achieving food security in the face of climate change, while also mitigating climate change and contributing to other development goals. At the beginning of 2015, the Alliance included 18 governments and 57 regional and international organizations whose members include farmers, scientists, businesses and civil society representatives. Its action plan includes a target of enabling 500 million farmers to practice climate-smart agriculture by 2030 and other targets will be set with alliance partners and monitored annually.

The Alliance will not finance agricultural investments that would be accredited as “climate-smart”. It will be a platform to exchange knowledge and practical experiences gathering stakeholders who are interested in reflection on agricultural production methods. The Climate Convention cannot lead this debate, as at this stage it is focused on the issue of mitigation, does not address sectoral issues, and because the subject of agriculture continues to be marginal. As a multi-actor initiative, the Alliance is open to governments, but also to research institutes, private companies, professional organizations and civil society organizations.

The Alliance does, however, continue to be the target of a number of professional agricultural organizations and non-governmental organizations. To convince, it will need to specify several points.

Expand its priorities to biodiversity and ecosystem services

The reflection by promoters of climate-smart agriculture does not include the characterization of different forms of agriculture. Family farming, landowner farming and corporate agriculture… the human, technical and financial resources of these forms of farming are extremely different and explain the various agricultural behaviors and practices. Family farming is fundamentally interested in making full use of its labor force and is consequently a priori (excluding situations of crisis or extreme hardship) more inclined than corporate agriculture to adopt intensive tilling practices (hoeing and weeding, for example, to save water and reduce the use of herbicides).

Yet while 2014 highlighted the social, economic and environmental importance of family farming, the Alliance makes practically no reference to it. If the Alliance wishes to debate methods for transforming the agriculture sector, it will need to take into account this farming, whose 500 million farms produce over 80% of the world’s food and whose structuring and professional collective actions would appear to be decisive.

The promoters of climate-smart agriculture make no distinction between sustainable agriculture, agriculture based on a sustainable intensification of plant production, conservation agriculture, the integration of agriculture and livestock raising, or organic agriculture, whereas these forms of farming can sometimes be directly opposed (for example, over the place of genetically modified organisms). The Alliance will need to place greater emphasis on the potential for adapting and mitigating diversified agricultural production methods, making intensive use of ecosystem services (photosynthesis with the crop and agroforestry associations, biological fixation of atmospheric nitrogen…). It will need to adopt specific objectives, for example, in terms of reducing the use of chemical inputs. It would give impetus to the efforts of those who uphold agroecology by making recommendations for action and calling for the strengthening of scientific research activities in the field of agroecological science and in terms of support for alternative forms of agriculture.

While ecosystem services and biodiversity are repeatedly referred to, they are not one of the priorities of climate-smart agriculture. Consequently, the aim of a simply intelligent agriculture could be to add a food security-adaptation/mitigation-biodiversity conservation triptych.

Agriculture in the face of climate uncertainty: Combination of adaptation and mitigation required

The promoters of climate-smart agriculture highlight the need for contextualized solutions, taking account of the multiplicity of objectives (production, social wellbeing, quality of the environment, climate change adaptation and mitigation) and the diversity of ecosystems. They emphasize the multifunctionality of agriculture, whose products can range from tons of cereals to jobs or environmental services (soil carbon sequestration, improvement in groundwater quality…).

Consequently, the implementation of climate-smart agriculture is considered at the level of a defined territory in the framework of explicit public support policies. The recommended “landscape approach” also goes beyond the traditional landscape approach, which only focuses on the biophysical aspects (climate-soil-plant communities), and is similar to a territorial approach by including issues of governance, the role of actors and institutions, and regulation. Farmers are key private sector actors and are recognized as having empirical local knowledge which the scientific community is invited to take into account and exploit. Furthermore, the reference to the “Voluntary Guidelines on the Responsible Governance of Tenure” is reassuring, as it recalls the need to secure access for farmers to land tenure faced with the risk of the large-scale acquisition of land by external investors and the social exclusion that would follow.

On balance, the debate remains widely open. The Alliance is interested in the work of the Committee on World Food Security (in particular the “Voluntary Guidelines to Support the Progressive Realization of the Right to Adequate Food in the Context of National Food Security” adopted in Rome in 2004), as well as in the numerous Multilateral Environmental Agreements. It recognizes the prominent role of the United Nations Framework Convention on Climate Change in terms of international negotiations and undertakes to ensure that the actions it will support are not detrimental to the latter.

The Alliance, whose creation has attracted considerable interest in the international community, can thereby become a forum to debate not only agricultural policies in the strict sense, but also all public policies concerning food security and climate challenges, as well as the challenges related to employment and biodiversity.


It is important to mobilize all actors

France has decided to be part of the Alliance. The Ministry of Agriculture, which is leading the French arrangements, is directly participating in the overall governance of the Alliance and is involved in the “institutional environment and public policies” group. The agronomic research institutes  (CIRAD, IRD and INRA), which have been actively involved until now, are pursuing the scientific dialogue within the “knowledge” group. This is essential in building the production systems of tomorrow. AFD, for its part, should be participating in the “investments” group.

It would be unfortunate if professional organizations and international solidarity organizations do not get to assert their points of view in this international forum on the options for Climate-Smart Agriculture, or quite simply smart agriculture, that meet the inseparable objectives of food security, the economic and social development of farmers around the world and environmental conservation.

This Op-Ed, which originally appeared in Devex, has been modified slightly to adhere to the format of this blog. The opinions expressed are those of the author and do not necessarily reflect the official position of his institution. 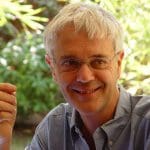 It’s thanks to “blockchains” that cryptocurrencies can be created without a central supervisory authority. The bitcoin is one of these currencies, but it works based on “miners” who compete in computations. The result is energy consumption that’s both huge and unnecessary, according to Jean-Paul...
Interview

What can we learn about human beings by exploring the ocean floor? François Sarano, an oceanographer and writer, firmly believes that the encounter with wildlife and non-human living beings is an experience that transforms our binary vision which separates “humans” from “animals”.