In the sixth (not yet finalized) report from the Intergovernmental Panel on Climate Change (IPCC), a key finding on Africa has emerged: the continent has already experienced more periods of extreme heat and drought, as well as unusual rains just recently. On top of rising sea levels and the subsequent risk of flooding in coastal zones, these phenomena will inevitably increase in coming decades, even if the planet’s biggest CO2 emitters manage to reduce their own emissions significantly.

What’s more, countries that are particularly vulnerable to such events will be affected. In the Sahel region in particular, resilience is compromised by the critical role of agriculture in local economies, strong demographic pressure and low levels of development.

Source: Ferdi 2021. Note: 0 represents the lowest level of vulnerability, 100 the highest. The five categories are defined according to the distribution quintiles of the physical vulnerability to climate change index.

Undoubtedly, national climate strategies and environmental investments must be strengthened, but in an updated macroeconomic and financial framework that also supports improving living conditions and a fair transition. Fighting climate change in Africa – whether through nationally determined contributions (NDC) or more ambitious medium/long-term carbon-neutral targets – represents a growing challenge for budget and monetary policy, and more broadly for financing economies.

At the same time, international financing for African climate policy remains largely insufficient in terms of commitments made by developed countries. This is particularly true for the least developed countries, which have trouble accessing funds. But it is also the case for all African countries, due to the long-lasting financial consequences of the COVID-19 pandemic in 2020. Africa is facing an economic situation that is challenging in three different ways.

According to Climate Finance (November 2020), international finance mobilized for developing countries reached nearly $80 billion in 2018, with only 25% allocated to Africa and 9% for low-income countries (LICs). At the COP26 to be held in November in Glasgow, many African countries expect a review of the commitments made at the COP21 by developed countries to developing and emerging countries, specifically, to provide $100 billion a year by 2020. However, it should be noted that though this target holds strong diplomatic and symbolic power, by no means is it the definitive amount of investment needed for developing countries to decarbonize their development.

Second challenge: the breakdown of mitigation and adaptation finance

Adaptation finance is low in developed countries (8%) but represents the majority in LICs (mostly in Africa), as it is part of sustainable development strategies in these countries. However, since the COVID-19 pandemic, these investments have been disadvantaged by the reduced room for maneuver in budgets of developed and developing countries alike.

To respond more generally to Africa’s financing needs up to 2025 (estimated at $285 billion, according to the IMF), it may be necessary to strengthen the financial safety net, particularly that provided by the IMF (Jacolin, Cabrillac, 2021). But it also needs to be adapted to the new climate situation.

Moreover, the level of mitigation finance needed to reach carbon neutrality must not be underestimated. Africa contributes very little to global warming (4% of international emissions), but the continent’s emissions are being pushed up by strong economic and demographic growth, combined with needs for infrastructure, particularly energy-related, and outsourcing as well. Some current debates are focusing on the possibility of implementing carbon markets and prices, measures which have only been set up in South Africa at this point. On this note, the IMF has recently proposed setting up an international carbon price floor, which would vary according to countries’ level of development. Other discussions revolve around how to mobilize public and private finance, specifically by redefining the role of public development banks.

Climate change impacts the returns (and value) of financial assets, and, vice versa, the choice of financial assets for investments can contribute to climate change. These two very real impacts on the financial system have led monetary and banking institutions to adapt their risk analysis tools (as seen recently in Morocco), operational mechanisms and objectives. In Africa, institutions must particularly consider the low level of financial development, which limits the possibilities for monetary policy to be transmitted, and, in small open economies, the importance of exchange rate policy. Finally, financial policy in Africa must determine the best incentives to orient investment decisions towards “green” sectors and the leverage that development banks could potentially procure.

Africa’s high level of vulnerability to climate change can be explained by the continent’s significant exposure to the effects of global warming, combined with its low capacity for adaptation. This limited resilience is just as much due to economic structures (critical role of agriculture) as to the difficulties of mobilizing domestic resources.

The first lever for fostering resilience involves increasing African nations’ room for maneuver, in order to set up safety nets for the most vulnerable populations. A recent study shows that tax revenue represented 13% of GDP in Africa on average, but this could reach 23% if all fiscal potential was exploited. Key fiscal reforms are therefore essential to finance the additional spending required by climate change. These fiscal reforms could also include an environmental component through carbon pricing mechanisms.

Strengthening local financial systems is a vital part of building resilient economies. In the short term, resistance to shocks could be increased through the insurance market, which at present is almost non-existent in many African countries. Few economic agents are covered for climate risk, despite the importance of agriculture in these economies. However, the problem for developing the insurance market is the level of solvency of the demand. That being said, certain innovations could be rolled out, including coverage for farmer in LICs (through index-based insurance) and implementing new reinsurance tools for climate risks on a global scale.

However, looking at the medium- and long-term, the insurance market will not be able to deal single-handedly with the entire scope of climate impacts as they appear in the future. Achieving true carbon neutrality internationally and with no further delay remains the best possible insurance against systemic risk.

The key role of development banks

Banking systems have a part to play in financing infrastructure that allows for greater adaptation to climate change in the medium-term and developing industries that do not consume much energy (mitigation). In particular, regional or national public development banks are key stakeholders in this long-term transformation.

Raising additional resources on both domestic and foreign financial markets, by structuring green bond markets and creating indexes and labels, could also contribute to this. It will be essential for these measurement tools to be credible and serious to avoid the many possible forms of greenwashing. Furthermore, investors on financial markets will not place resources in mitigation or adaptation sectors in developing countries without additional forms of public guarantees or de-risking, in which governments and public banks must participate.

Ultimately, the pressure of complicated macroeconomic conditions makes mobilizing domestic resources in the short-term difficult. The IMF plans to issue up to 650 billion of Special Drawing Rights (SDRs) this year, which will partially lower this pressure for African countries, provided that developed countries approve the allocations. The recent Summit on the Financing of African Economies, on 18 May in Paris, confirmed the target of 100 billion redirected to Africa. to provide the basis for a true “New Deal” for the continent.

International public climate finance has certainly significantly increased, but it remains limited in the face of the challenge (see above). On a macroeconomic level, climate vulnerability should appear as one of the allocation criteria for international aid. This would allow countries with the highest vulnerability to climate change and therefore lowest capabilities for resilience to be supported.

On the microeconomic side of things, the environmental effects of each project should become a key criterion in the selection process. However, this assumes that each development bank has access to the analytic tools required to evaluate said environmental impacts. Certain development banks, like the AFD, have therefore adopted global strategies to take the climate and biodiversity aspects of all initiatives into account.

Finally, the international community must continue to assist nations and financial intermediaries in their projects, to support restructuring financing of investments in favor of decarbonized development. Only coordinated action from both local and international, public and private stakeholders around tested, transparent norms and categories will enable African economies to meet the challenges of the low-carbon, climate-resilient transition. 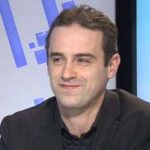 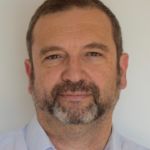 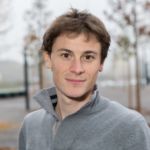