Accueil Infrastructures & Environment How can we fight carbon leakage in Europe and boost development assistance?

One solution for accelerating the energy transition could be to increase the price per ton of carbon in production costs, while establishing a border adjustment mechanism to avoid penalizing European industrialists. 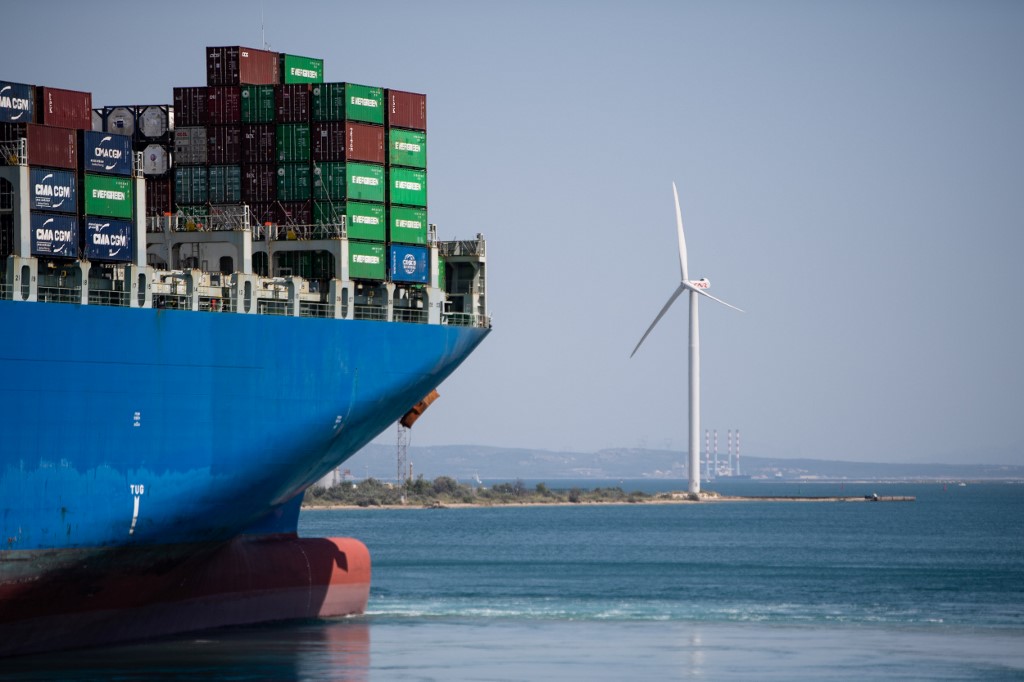 The Cosco Shipping Cargo container in the port of Fos-Sur-Mer in Marseille, France. © CLEMENT MAHOUDEAU / AFP

The globalization of trade has enabled countries to outsource part of their CO2 emissions by moving their factories with the highest emissions. This is just one of the many interconnections created by globalization. Consumption footprint calculations take these exchanges into account by adding the emissions embodied in imports to the emissions from their territory (emitted locally) and subtracting those of exports.

China and India therefore have territorial footprints larger than their consumption footprints. A percentage of the CO2 emitted by their factories results from the manufacture of goods exported to other countries.

The United States, Japan and Europe all have consumption footprints larger than their territorial emissions. The 28-state European Union is the economic area that imports the most CO2 embodied in manufactured goods. In 2018, it had territorial emissions of 3.5 Gt of CO2, and its consumption footprint was 4.2 Gt. This 20% difference increased between 1990 and the end of the 2000s and has decreased slightly since then. A portion of the reductions made in Europe were therefore no more than an illusion. Since 1990, “carbon leakage” has been taking place, with the European Union reducing its territorial emissions by 21% and its carbon footprint by only 15%.

When European Commission President Ursula von der Leyen presented the European Green Deal, one of the first announcements aimed at preventing the risk of carbon leakage was the introduction of a “border adjustment mechanism”. The idea is fairly simple: European industrialists will integrate the price per ton of CO2 into their production costs. To accelerate this transition, they must increase the price.

But if industrial firms compete with areas that are not subject to these same constraints, their competitiveness could be affected, thus promoting carbon leakage. To counter this phenomenon, a border tax/subsidy system must be established to level the playing field taxes and prevent potential carbon leakage.

Such a system is difficult to implement. There is the risk of creating adverse incentives, such as overprotecting those industrial firms that are subject to allowances, which have the highest CO2 emissions, to the detriment of their clients who manufacture the processed products. For example, crude steel producers could be protected to the detriment of wind turbine and auto manufacturers.

Politically, the implementation of this system is premised on the concept of the EU imposing climate constraints on its own industrial firms, not the other firms. Once this system is introduced, there is a chance these “other firms” will want to demonstrate that they too are taking initiatives. They may also demand exemptions or preferential rates. Not to mention the case of less-developed countries. Will Europe make this adjustment mechanism applicable to them, thus running the risk of a return to protectionism against development?

In terms of trade, Europe should send a simple message: not one of compliance with free trade rules or increased protectionist measures, but promoting new international trade rules giving primacy to climate standards. One immediate implication will be to combat climate dumping wherever it occurs. Another will be the strengthening of political cooperation promoting more sustainable development patterns, especially in less developed countries.

EU development assistance: what form of solidarity with the rest of the world?

The economic crisis caused by Covid-19 will have serious repercussions for the least developed countries. It is likely to greatly increase the number of people in the world living in extreme poverty for the first time since 1990. What means of action are available?

In the very short term, the response of local governments must be similar to that of rich countries: “to prevent economic collapse, they must reassure citizens that they will receive financial support for as long as needed,” explain Esther Duflo and Abhijit Banerjee. According to these two development specialists, governments can use cellular networks to quickly send cash to citizens to ensure their basic subsistence. The weak point lies in their ability to refinance the public deficit. Intervention in this area would therefore be in the European interest.

In Africa, a little more than 40% of public debt is held by private creditors. With the pandemic, rates have soared, hindering any refinancing of the debt. In light of this untenable situation, in mid-April the G20 promoted a moratorium that does not provide a solution but buys time. Many have called for the complete cancellation of this debt. A strong initiative from the European Union in this area would be a welcome step. Such an initiative would not be easy to lead considering the requirements of private creditors and the lack of transparency in the conditions China, as a public creditor, imposes on debtor countries.

Beyond ensuring short-term survival, these countries face the challenge of finding the means to strengthen their resilience to the risks of epidemics and climate change.

In light of climate risks, they must improve access to energy by developing low-carbon energy infrastructure, which is now less costly than the distribution of fossil fuels. This could potentially become a significant market, currently overwhelmingly dominated by China in the photovoltaic and battery sectors (to a much lesser extent for the wind energy sector). One of the key issues in low-carbon recovery is to build a European capacity that will someday be able to compete with China in the global market of low-carbon technologies.

Africa’s other priority area for investment is its resilience to the impacts of global warming. More than anywhere else, the resilience of rural areas, and primarily agriculture, is paramount. Time and again, reports from the IPCC have highlighted the high vulnerability of African agricultural systems to global warming, which threatens to turn climate crises into food crises.

It is impossible for Europe to remain indifferent about this reality. Through reform of its common agricultural policy, the European Union is seeking new ways to increase its involvement in the international trade of agricultural products. A division financing the transition towards agroecology to improve the resilience of agriculture in sub-Saharan Africa would constitute a practical expression of this strategy.