Health and Social Protection Mission Officer and Consultant at AFD

During the 2000s, health interventions in developing countries focused primarily on fighting infectious diseases and on the Millennium Development Goals (MDGs), especially through global health initiatives like the Global Fund to Fight AIDS, Tuberculosis, and Malaria. In doing so, issues related to the functioning of health systems have been left aside. These initiatives, which were often limited to tackling one or more specific diseases, are referred to as “vertical” programs. These interventions generally involve management and budgetary methods that are outside national public finance systems and must meet their own accountability requirements. For example, the Global Fund has key performance indicators focused on the fight against these three pandemics, that enable it to provide accountability for its Board and donors.

However, although considerable progress has been made in the fight against these pandemics (particularly in terms of access to treatment) this vertical approach is not above reproach. For example, the initiatives have been accused of contributing to the fragmentation of health systems and the distortion of national priorities.

The case of the organization of national vaccination days in Africa, as part of the Global Polio Eradication Initiative, studied by Joyce Msuya for the World Bank, is a telling example. This vertical program was implemented in the 1990s and led to a reduction in the financial means and human resources mobilized for and by the national vaccination programs. These also helped to immunize children against other, more widespread infectious diseases. In the end, although this intervention brought about significant advances in reducing the spread of polio, it did destabilize national vaccination systems.

In the current context, marked by some slowdown in the advances made in the fight against pandemics, particularly in sub-Saharan Africa, another perspective for more holistic action has emerged, more capable of addressing the overall obstacles and environments in which these programs are implemented. This comprehensive development approach was promoted with the adoption of the Sustainable Development Goals (SDGs) in 2015, aimed at “ensuring healthy lives” and “promoting well-being for all, at all ages.”

This new approach has led to a strong resurgence in the concept of health systems strengthening (HSS). This concept has gradually gained ground with all stakeholders in the health field, forcing them to re-assess their discourse, and the objectives of their interventions in general. It has even caused global health initiatives, like Gavi, the Vaccine Alliance and the Global Fund, to formally adopt strategic objectives for health systems–proof that their initial mandates have evolved.

Defining the health systems is a prerequisite

According to the World Health Organization (WHO) definition, a health system comprises “all organizations, institutions and resources (elements) that are devoted to producing health actions.” These are complex structures, involving a wide range of actors who must address many different challenges.

The main challenge is having enough health care workers on the job and in training. Health systems must also be able to ensure the supply and distribution of medicine and medical equipment with controlled quality, and the maintenance and management of several levels of infrastructure (from the hospital to the health center) in order to ensure suitable care for the entire area.

We could also mention the implementation of health policies aimed at ensuring access to health care without populations having to directly spend excessively high sums compared to their revenues (according to the “catastrophic health expenditure” concept), thus fueling the vicious cycle of poverty, or having to travel far distances.

In 2007, the publication by the WHO of a framework of six essential building blocks for a health system was an important milestone. It provided a definition of the areas covered by a functional health system and, implicitly, allows for the identification of potential weaknesses where efforts should be stepped up.

This interpretive framework includes the essential components of a health system:

This framework was then widely disseminated, eventually becoming the international reference framework, due to its simplicity, and suitability for use in every context.

However, this convergence of discourse on the health systems’ “purpose” did not succeed in hiding the diversity of viewpoints on the definition for strengthening this system, with meanings that vary from one stakeholder to another.

A single concept, a multitude of interpretations

As early as 2010, a research article written by four health specialists (Grace Chee, Nancy Pielemeier, Ann Lion and Catherine Connor) offered the first classification aimed at differentiating between supporting and strengthening health systems. These two concepts are often used interchangeably under the term health systems strengthening, but according to these authors, they do not have the same consequences in terms of sustainability and impact. Support refers to interventions that improve health services, whereas strengthening activities involve structural changes.

However, this lack of clarity is not without consequences. It leads to different interpretations among global health stakeholders. AFD, which directly interacts with national institutions and ministries of health in the countries where it operates, sees health systems strengthening as an inherent component of its operating methods. For a stakeholder like the Global Fund, health systems strengthening is seen as complementing investments in the fight against HIV/AIDS, tuberculosis and malaria. Therefore, there is less of an emphasis on strengthening health systems itself than on improving the effectiveness of these investments.

While this debate may initially seem very theoretical, in reality it has very practical implications for these projects: for example, it is difficult to coordinate technical and financial partners around a concept that lacks a clear purpose and boundaries. This absence of a clear definition explains the difficulties that arose in practically implementing the 2005 Paris Declaration on Aid Effectiveness and the 2008 Accra Agenda for Action, in which all development community stakeholders committed to harmonization, ownership, alignment, and mutual accountability.

This vagueness also leads to a lack of awareness of the definitions and processes adopted by each stakeholder to guide their activities. In terms of interventions on the ground, cooperation on these issues is still very fragmented. For example, during coordination meetings on the ground, there is a tendency for each partner to present their own “health systems strengthening – HSS” efforts according to their own intervention methods and main themes, without any reflection on more comprehensive interventions aimed at making structural changes by influencing all the pillars of the health systems.

What are the solutions for harmonisation of the concept of health systems strengthening?

At a time when over half the world’s population still lacks access to basic health services, harmonizing the concept of health systems strengthening as a foundation for the coordination and cooperation of development assistance for health is critical in order to ensure populations can benefit from functional and accessible health systems that are adapted to their needs.

In light of this new challenge, new forums for discussion between global health stakeholders are being created, and prospects for improvement are emerging. At the Global Fund, for example, reflection is underway on health systems strengthening assessment. It is an essential issue for a structure with models and funding that relies on accountability for donors. The question is, what indicators could be used to measure the strengthening of a health system?

Quantitatively assessing this type of theme proves to be a complex process, as opposed to assessing progress in the fight against a disease, in which changes in the number of cases or mortality rates can be used. It will be necessary to identify common and relevant indicators, and focus on accountability and means of measuring the quality of these interventions. For example, assessing whether health care staff benefit from suitable support over time, in order to perpetuate what they have learned in professional training and sustainably strengthen the pillars of health systems strengthening of human resources and the provision of health services.

This harmonization can only be achieved if it is led by strong political leadership both among technical and financial partners and on the ground. The launch of the “Global Action Plan for Healthy Lives and Well-being for All” at the United Nations General Assembly in September is a step in the right direction. The plan is led by WHO and brings together 12 multilateral organizations committed to strengthening their collaboration.

In the countries benefiting from this aid, improved coordination will only be possible with the active involvement of the authorities, particularly ministries of health, in guiding the process. Some countries, such as Niger, have already taken action in this area by establishing common funds to pool financial resources and procedures from several donors, under the aegis of the ministry. Practical examples will become instrumental in accelerating progress towards resilient, quality health systems. In other words, towards strengthened systems.

This article is the result of research work supervised by Dr Bruno Marchal, Associate Professor and researcher with the Health Systems Unit/Department of Public Health of the Antwerp Institute of Tropical Medicine, and Philippe Walfard, Deputy Head of the Health and Social Protection Division of AFD. 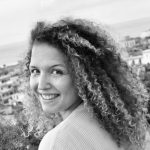 Health and Social Protection Mission Officer and Consultant at AFD