The humanitarian stage, yes, but after?

In the aftermath of the earthquake, the international community rushed to provide its support. Dozens of aid agencies, hundreds of NGOs and thousands of good intentions, particularly on the part of the Haitian diaspora, arrived in Haiti.

The food contributions, healthcare delivery and installation of temporary shelters have saved a number of lives, as have the treatment centers when the cholera epidemic broke out.

What is the next stage? This is indeed the question that is now raised. There are many answers to this question. It is indeed not only a question of reconstruction, but also of helping this country to finally embark on the path to development. This means stemming the rise in poverty, reducing inequalities between a highly prosperous oligarchy and a population that is often at the limits of survival, giving the State the capacity to conduct its missions, and restoring a devastated environment.

However, by trying to do too many things at once, there is a high risk of achieving nothing. Consequently, it is necessary to make a choice and the one that is upheld here is called “boss masons”, agriculture and the informal economy.

Reconstruct, yes, but using their methods

Individual homes, buildings, pubic premises, companies… the earthquake made no distinction. Tens of thousands of buildings were destroyed or badly damaged.

The aid has made it possible to either rehabilitate some of them or, more often, import planks and plywood at great expense to build temporary shelters.

At the same time, the “boss masons”, who in Haiti are building craftsmen, have refurbished and rebuilt infinitely more living areas. It is true that apart from the large modern buildings, it is these boss masons who have built Port-au-Prince over the years, by patching things together and through resourcefulness. This is the first example of this precious Haitian know-how.

And it is consequently them that we need to support, both by giving them the training that will make it possible to build more sustainable and robust constructions, and by helping families to finance these works.

Going a step further, i.e. moving from the individual home to the neighborhood, another example deserves the attention of those who want to help Haiti to rebuild itself. Along the road that leaves Port-au-Prince by the north, there is a completely new neighborhood built with aid from the US. It is called Camp Corail and indeed has all the aspects of a camp, with its strict alignments of prefabricated houses, which all look alike. How many people have chosen to live there? It is difficult to say, but they are few in number.

On the other side of this same road, Canaan, a slum like the favelas in Brazil, stretches up the hillsides. It spontaneously sprung up when the refugee camps were emptied. And the number of people settled there is estimated at two hundred thousand, with practically no aid from these foreign actors who have come to Haiti with their pockets full of dollars.

This is another example of resourcefulness, similar to what brought about these informal neighborhoods, such as the Cité Soleil, where the vast majority of the residents of the capital live.

So, should we do nothing? No, as Canaan is cruelly lacking these public facilities which provide access to water, sanitation and electricity at reasonable prices. This is something that aid could target.

Even today, despite the growth in the urban population, particularly in Port-au-Prince, two Haitians in three are still rural dwellers. And rural means small vegetable gardens and lean pigs, banana trees, and what remains of rice growing after the invasion of markets by subsidized US rice.

Yet for there to be an output, land and water are needed. The massive deforestation, in particular to produce charcoal, has unfortunately stripped the slopes of their forest cover. If there are heavy rains, the earth slides away, carried by the water running off. Both are lost for agriculture.

But there are solutions to this, which can take two forms: either small hillside reservoirs, which retain both water and earth, or more ambitious programs combining the reforestation of slopes and irrigated areas in the plains downstream.

These solutions are admittedly already being implemented, but still remain widely insufficient to allow the country to recover its food sovereignty by supporting small-scale family farming, both the production area and consequently incomes, and curbing the rural exodus towards congested cities.

Consequently, this is another field wide open to those who want to help Haiti out of poverty. And in addition, there is this bonus of restoring a devastated environment.

Did you say economy, a Haitian economy?

By this, we must understand the real economy, that which generates incomes for the greatest possible number of people.

Since the virtual disappearance of the free export zone established at the period of Duvalier father and son, and pending the implementation of the zone that the Americans are supporting in the north of the country, Haiti’s economy to a very large extent boils down to rural activities and the urban informal economy, in particular in Port-au-Prince.

Both are also inextricably linked. It is indeed rural poverty and the lack of opportunities that swell the population of cities, well beyond their capacity to ensure there is a decent socioeconomic integration for new arrivals in activities in the formal sector.

Consequently, resourcefulness here again comes into play: small street food shops, simple handicrafts, sidewalk restaurants. But that is not all. There are already a whole host of VSEs, the famous very small enterprises, which are often micro-enterprises. They range from Internet cafés to the boss masons that have already been mentioned, the “tap-tap” repairers, the abundantly decorated local taxis, to the sewing workshops.

These people have ideas, the force of entrepreneurship, but they lack the money to finance their investments, even very small investments. Banks turn their noses up, as there are too many risks and very little profit. There are, thank heavens, other “microfinance” institutions, which are prepared to support these entrepreneurs.

It is therefore necessary to support the latter, either directly, or by allocating credit to the banks in question at sufficiently concessional levels to show them the financing of these activities in a different light.

As a development path, take the local rural road rather than the international highway

External partners very often tend to parachute into such and such a country, which they support with revenues from their countries or experimented in other contexts. This is a mistake which causes many misunderstandings.

In order to minimize the latter, it is therefore necessary to bear in mind the specificities of the country in question and support some of the methods of action that the latter has developed over time. In Haiti, this is called resourcefulness. 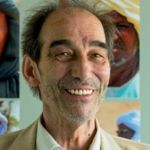