You wrote that economic growth is the wrong goal. Why is a false purpose according to you?

First of all, let me recall that the main problem with pursuing economic growth is that it’s reached the point where it’s driving ecological breakdown on a global scale. There is a very tight relationship between GDP and ecological impact. The more we grow the GDP, the more resources and energy we use. Rising resource use is a problem because it is driving habitat destruction and biodiversity collapse, and rising energy use is a problem because the more energy we use the more difficult it is to decarbonize in time to hope keep global warming under 1.5 or 2 degrees before 2100.

This problem is not being caused by everyone equally, however. We sometimes refer to this era as the Anthropocene, but the language of the Anthropocene has it wrong; it’s not humans as such that are causing this crisis. Rather, it is being driven overwhelmingly by a small number of high-income countries. High-income countries consume on average 28 tons of resources per person per year, which is four times in excess of what ecologists regard as a sustainable level. To put this in perspective, lower-income nations consume only about 3 tons per person, which is well within sustainable levels.

What you’re saying about carbon consumption of the high-income countries is pretty well-known today. Yet, we keep going in that direction. Why ?

Because we assume that it delivers an increase in people’s quality of life, and an improvement in social outcomes. But this assumption has been proven to be false. Past a certain point, which high-income nations have long exceeded, the correlation between GDP and social indicators completely breaks down.

Take the USA, for example. The USA has a GDP per capita of $65,000, making it one of the richest countries in the world. Spain’s GDP per capita is 55% less than that, and yet Spain outperforms the US on all social indicators, and has a life expectancy that is a full five years longer. It is possible to achieve very high levels of human well-being with relatively low levels of GDP. The secret to strong social outcomes is to have a fair distribution of income, universal access to public services like healthcare, education, and transportation, and access to affordable housing. That’s what matters.

In Less is More, your theory is that there is a false story told about the very nature of capitalism. Why the narratives about capitalism should be reconsider?

When people think about capitalism, they tend to think about markets and trade. But markets and trade were around for thousands of years before capitalism, and they are innocent enough on their own. What makes capitalism distinctive is that it is organized around and dependent on perpetual expansion, which we refer to as “growth”. It is the first and only economic system in human history that is intrinsically expansionary.

So, the question is: where did this system come from? It did not emerge spontaneously. Rather, it arose in Europe as part of an organized attempt by elites to dismantle the free, democratic societies that emerged after the collapse of serfdom, with the goal of driving wages down and restoring the patterns of accumulation that lords had enjoyed during the feudal era. They used enclosures to force communities off the land, creating a mass of impoverished people who had no option but to sell their labor for pennies simply in order to survive.

When and how was this economic system organized in the global South?

This same process played out in the colonized world, at the exact same time. The Industrial Revolution depended on the violent extraction of resources and labor from the global South. Consider cotton, for example – the core commodity of England’s industrialization. Cotton does not grow in Europe, or anywhere in England. It was grown by enslaved Africans on land stolen from Indigenous Americans. Europe’s economic growth has always ultimately relied on appropriation from the South. In Less is More I show how this continues today. High levels of consumption in rich nations is enabled by a massive net flow of resources and embodied labour appropriated from poor countries, on highly unequal terms.

According to you, the solution is to end capitalism and replaced it by degrowth. What do you mean?

Degrowth is a quite straightforward concept. It is a planned reduction of resource and energy use in high-income nations, designed to bring the economy back into balance with the living world in a safe, just and equitable way. We know that rich nations can deliver high levels of human well-being with significantly less resources and energy than they presently use, simply by distributing income more fairly and organizing the economy around meeting actual human needs, rather than around elite accumulation of goods.

Right now, the dominant assumption in economics is that all sectors of the economy should grow, every year, regardless of whether or not we actually need them, and regardless of how rich a nation has already become. This is an irrational way to run an economy. Instead, we should talk about what sectors we actually need to expand (like renewable energy, public healthcare, public transportation…), and what sectors should clearly be actively scaled down (like SUVs, private cars, fast fashion, industrial beef, arms, advertising, planned obsolescence…).

What’s interesting is that if you ask people what sectors are socially less necessary and should degrow, they are quick to give you a list very similar to what I’ve suggested. People are aware of what parts of the economy serve human needs, and what parts are mostly organized around profit and corporate interests.

Implementing this would not be particularly difficult. We already limit certain parts of the economy that we consider to be destructive, like addictive drugs, guns, etc. There’s no reason we can’t extend that logic to things like advertising, fossil fuels, private jets and SUVs. We can introduce limits on the size of new houses. We can end the practice of planned obsolescence, whereby companies produce things that are designed to break down after a short period of time. We can introduce extended warranties and rights to repair. We can reduce food waste. We can create fair rationing schemes for things like commercial flights, such as with Tradable Energy Quotas. There is no shortage of policy measures.

This is totally different from a recession. A recession is an unplanned contraction of the economy that ends up harming socially important sectors, harming the poor and exacerbating inequality. Degrowth does the opposite: it seeks specifically to scale down ecologically destructive and socially unnecessary production, and to do so in a way that reduces inequality and improves people’s lives. We have different words because they are different things.

As our economy will require less labour, we can then shorten the working week and share necessary work more evenly, while distributing income more fairly, thus taking the benefits in the form of leisure. Interestingly, shortening the working week has been shown to have significant positive impacts on people’s health, happiness and, happiness and well-being, in addition to enabling dramatic reductions in energy use and emissions.

Second part of the interview on May 12th 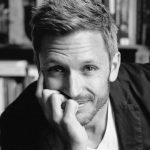