What is the Green Fund’s added value compared to the climate finance that already exists?

The challenge of the fight against climate change first and foremost lies in changing the development models of our economies. In this context, the Green Fund’s role is to promote a “paradigm shift” by supporting investments that are the most transformational in terms of the “climate” and have a strong impact on rechanneling financing and investment flows. These two main criteria for operations mark a fundamental break in the way of allocating the international budgetary effort: the Green Fund will focus on achieving the greatest possible impact on the climate issue and the strongest knock-on effect.

Its action in this context will need to be multifaceted and go beyond B.A.U investment financing, with a focus on:

It will specifically have an indirect role in this context, by helping to strengthen the integration of climate change into the strategies and practices of banks and financial institutions and, in some way, by increasing, with a strong leverage effect, the share of climate finance in global investment flows.

Here again, the Green Fund marks a departure from the way in which multilateral funds function: it will focus on an approach drawing on the largest possible number of development finance actors. This consequently allows it to benefit from both an enhanced technical and financial capacity and to have influence over these actors and their strategies.

How will actors be able to access financing from the Green Fund?

One of the innovations of the Green Fund clearly lies in its arrangements for access. While the implementation of Official Development Assistance and most multilateral funds has until now mainly been handled by a few international institutions, the arrangements for access to Green Fund resources open the door to a wide range of financial actors (public, private, international, but also regional and local) to intermediate and/or implement the Fund’s resources. It is the first time that a large-scale multilateral fund has promoted, to such an extent, the direct implementation of international financing by national institutions and private actors.

This major development is also key to achieving the Fund’s transformational objectives. Indeed, by working with the largest possible number of financiers, including at local level, the Fund can promote the widespread integration of climate change by these actors who are essential to the economy and that are first the national financial actors.

Coordination, consistency and complementarity between these increasingly diversified financing channels will be essential in achieving these objectives. The capacities of local and national financial systems to integrate climate-related issues will also be a critical factor.

The Fund could become one of the main drivers for this change in operating methods if it really succeeds in mobilizing all the technical and financial capacities of existing actors and using them as intermediaries.. There is no doubt that such a decentralized approach to the operation of the Green Fund has the potential to be particularly effective. It is, furthermore, promoted by a number of actors, including the IDFC club (International Development Finance club www.idfc.org) a network of 22 international, regional and national development banks from all around the world.

Will it be allocated sufficient resources to meet needs?

The Green Fund aims to become the main global fund for climate change finance, i.e. a major tool in mobilizing financing for the fight against climate change and the main tool for mobilizing the USD 100bn a year by 2020 pledged by Northern countries. Even if this does not mean that the Green Fund will be directly allocated such amounts, which it will need to mobilize jointly with other public – but also and especially private – financiers, there is a scaling up compared to more traditional vertical funds, such as the Global Environment Facility or other funds.

In 2014, the Fund was allocated over USD 10bn of budgetary resources for a 4-year period. They will be blended with financing provided by the financial intermediaries for the implementation. This will have a strong leverage effect on investments. By comparison, in 7 years, the European blending facilities, which were the forerunners of the Green Fund mechanism, have committed EUR 1.5bn of budgetary resources blended with EUR 16bn of financing from implementing institutions in order to support some EUR 40bn of investment. The aim of the Green Fund will be to commit over 6 times these budgetary amounts in half the time, or almost. If it meets this challenge, it will have made a very significant contribution – and perhaps the main contribution – to a decisive step towards mobilizing the USD 100bn a year of financing flows.

The Fund will be replenished every four years, or more rapidly, depending on the implementation of funds. The mobilization of innovative and even extra-budgetary resources is also being considered for the long term: tax on emissions in the air and maritime sectors, on carbon markets…

How will Southern countries take ownership of this Fund?

The Fund’s governance includes 24 members, with 12 Annex 1 parties to the Convention on Climate Change and 12 non-Annex 1 parties. While this minimum balance has become quite the norm in the implementation of international funds and is perhaps not the most innovative aspect, there are two new features:

In your opinion, what are the conditions for the success of this Fund?

The Green Fund has become a real laboratory for progress in the financing of sustainable development. To succeed, it will need to be:

Today, it already has the means to demonstrate that this is the case. 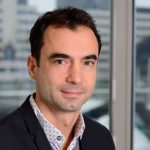