In the aftermath of the Second World War, the United Nations established several international institutions to rebuild Europe, protect economies and maintain peace. But are these institutions nowadays able to manage our Global Public Goods, our commons? As long as the financing allocated by these institutions remains focused on a country-by-country approach, and with no reform of their governance system, the answer is no. This is, in any case, the opinion of the renowned economist, Ravi Kanbur, professor at Cornell University in the USA.

What have been the drivers for public aid since the second half of the 20th century?

After the Second World War, the driving thrust of development assistance was to reconstruct infrastructure in war-torn Europe and Japan, with the Bretton Woods institutions, the International Bank for Reconstruction and Development (IBRD) and the Marshall Plan. This strategy was highly successful and led to growth and development.

In the 1960’s and 1970’s, newly independent developing countries came on to the scene. Lending on IBRD terms was not appropriate for low-income countries, where the situation was different from the European economies in 1945. The World Bank thus shifted partially  towards concessionality of aid, and a broader range of objectives than just reconstructing infrastructure. It dealt with issues of human capital and institutional development. But the original frame of assisting reconstruction or development country by country stayed a dominant feature.

How does the Global Public Goods (GPGs) concept fit in?

This notion was simply not there at the time of the founding of the World Bank, or only in a very broad sense. Global Public Goods were not present in the thinking and the writing on IBRD, at least not in today’s sense. This began to change in the 1980s and 1990s. On the climate front, evidence on global warming led to big United Nations meetings, with the Conference of Parties (COP) after the Rio Summit in 1992. The East Asian crisis in 1997 was a very big event that showed how the financial world was highly interdependent, and rapid globalization widespread. Cross-border migrations and refugee flows are another externality that has come to the fore in the last decade.

Global climate governance: the role of the commons paradigm

Why is it difficult to implement the Global Public Goods concept?

If we look at the World Bank, it would be fair to say it has remained a country-focused institution, partly because its core financial instrument is the sovereign loan to individual countries. This instrument worked brilliantly in the post-Second World War period, but two tendencies question it today.

Secondly, more cross-border issues have arisen, requiring new ways to bring countries together to address the emerging problems. The World Bank has developed some new instruments, but the sovereign country loan is not shaped for a multi-country problem. That is a central issue for supporting Global Public Goods.

Many regional economic blocs have also arisen, like the Ecowas, Mercosur, the BRICS group…

To some extent, they were a response to cross-border issues within a region. But financial institutions like the African Development Bank (AfDB) continue to have a predominantly country specific focus. This should change.

The major issue with cross-border problems is the peculiar position of the Nation-state as the only legitimate power. An ideal form of “world government” is not on the cards even if it was desirable. But we do have global institutions like the World Bank or the United Nations. Their mechanisms of global governance are flawed, of course. But we need to build on existing institutions already based on a system of global governance, even if it’s not perfect.

At the World Bank, voting takes place according to the economic weight of countries. Some reforms have taken place to adjust to a changing world. China, for instance, has got more voting power, but the representation of countries according to the dollar weighting is still pretty flawed. On the contrary, the UN system is governed by the principle of “One country, one vote”. We’ve seen its negative sides on decision-making, but also its positive influence on global consensus.

In my view, global consensus is an underappreciated Global Public Good in itself. A consensus is by definition ours, not mine or yours. As for any public good, there is a lack of full incentives for any one party to work towards global consensus. A key role of global institutions is to build consensus on how to address cross-border issues and problems.

Is there a need for a new UN system or at least a regulator for the UN?

On a conceptual level, it’s always good to think of a tabula rasa situation. What if we were in 1945? What if we were John Maynard Keynes with an open World Order in front us? But the reality is that we have the World Bank, with its potential of being an agency for global consensus building, with the convening power to call people to the table. Other UN agencies may also fulfill this role.

But for the moment, the World Bank’s governance structure militates against fully playing a consensus building role. The widespread view is that the World Bank is a creature of the USA.

Nevertheless, on a technical perspective, the World Bank does play a important role in the global public good (or commons) management. For instance, on the first target of the Sustainable Development Goals (SDGs), which is to lower the extreme poverty by half in 2030, how do we measure poverty? Who will measure it? We do rely on the World Bank to produce those numbers, even though we should not be complacent. There has to be reform of the World Bank governance, so that it can represent the world more broadly and add political credibility to its well appreciated technical expertise. 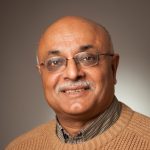