Four decades after your involvement in your youth in environmental concerns and the first global environment conference in Stockholm in 1972, where do things stand?

What is striking is the doubling of the world’s population since 1972. The issues raised back then concerned only some parts of the world – the United States, Europe and Japan. Today the issues arise more intensely, at a far greater scale, and extend to all emerging countries.

In 1969, the Apollo space programme and man’s first steps on the moon were eye-opening for me. I was suddenly amazed by the Earth’s beauty and singularity. All of the returning Apollo astronauts warned us that we had better be careful. From space they had seen oil slicks; they had seen smoke from burning forests.

So ecology has always been a planetary issue for me – not just a question of the immediate, local environment. The idea that the biosphere’s most important equilibria depend on human action is completely new. This means we must invent new institutions and behaviors. Global environmental issues require a forum where humankind can reach agreement on basic public goods.

“Ecology has always been a planetary issue for me – not just a question of the immediate, local environment.”

How is the United Nations involved in these issues?

The United Nations (UN) was created as a forum for countries to manage their mutual affairs and prevent war. After a time, humanitarian affairs and development were added to the global governance agenda. However, environmental issues remain outside the UN forum because member-states are there to defend their interests; places and procedures where public goods can be discussed must still be created.

Take the 1992 Earth Summit in Rio de Janeiro, for example. We saw how hard it was to make progress on crucial subjects such as oceans, climate change, biodiversity, or even desertification. It was hard simply because we do not know the Earth’s carrying capacity or how to share public goods. Without knowing the Earth’s limits, it is difficult to find agreement on resource-sharing between 193 very different countries. Where the environment remains an unresolved issue, international fora provide opportunities for countries to collectively make attempts and try their best.

The question of limits also applies to the economy: are there limits to growth? To me, Edgar Morin has addressed the question cogently. According to him, some things should grow while others should decline, a straightforward answer inviting us to be selective.

Even as international institutions struggle to manage public goods as best they can, they remain crippled by the complexity of the economy and, a fortiori, sustainable development. Of course, there was Bretton Woods but today the Brazilian Development Bank, BNDES, disburses more money than the entire World Bank. The world has changed. Countries expanding South-South cooperation have little regard for the rules developed countries are proposing – aid effectiveness and so forth. Global economic governance? Does it exist? At present, there is hardly any agreed understanding of the economy.

I would have liked to see Rio+20 launch a process similar to that of the General Agreement on Tariffs and Trades (GATT) and the World Trade Organization (WTO), with a series of negotiations over twenty years or so. Sustainable development, or the transition to a sustainable model, is a complex undertaking that will not be resolved in one day. The process of achieving reforms in transportation, agriculture, cities and consumption will raise concrete issues that will require a series of negotiations and discussions. We need to discuss these issues because we do not yet know how to accomplish the transition, especially when it comes to no longer burning hydrocarbons. Over the last three centuries, all human, demographic and economic development has been based on burning hydrocarbons for energy and, of course, on expanded knowledge, as well.

The other idea is to invent some form of global governance. What can we do to continuously improve the way states perform? Since the end of World War II, only the European Union has tried a kind of supranational experiment; it is, indeed, an invaluable experience.

On the one hand, scientists are pressing for change: time is running out. On the other hand, it is very difficult to reach agreement between 193 countries at varying stages of development – countries who do not see things the same way. Some try to finesse the situation: they focus on development and leave the global environmental problems to others.

In 1992, global geopolitics was different. Developed countries did not perceive China, India and Brazil as competitors. The first framework convention on climate change was negotiated quite swiftly. Today, it is ever harder to negotiate, especially since sources of oil and hydrocarbons still exist.

In the early days of OPEC (Organization of the Petroleum Exporting Countries), the Saudi Arabian sheik Yamani said “the Stone Age did not end for lack of stones.” He meant that the Oil Age would not end for lack of oil, suggesting that economies would opt for something else when it was in their interest to do so. However, as long as fossil fuels are available, it is hard to choose another mode of development. That is what makes the decision so hard. Therefore, it is crucial that politicians dedicate revenues from hydrocarbons to the creation of the alternative energy system.

How can we achieve an international agreement?

International meetings gradually create a global civic conscience. A global diplomatic corps – a corps of environmental experts – get into the habit of meeting, of getting to know each other and, at the end of the day, they create global institutions within their own countries. Thus, the United States has established a Global Public Goods Director reporting to their Under Secretary for Democracy and Global Affairs (the former Under Secretary of State for Civilian Security, Democracy, and Human Rights). Units dedicated to world issues are appearing within relevant national ministries, albeit with varying effectiveness.

This global civic conscience stretches beyond international institutions. A global public opinion, mostly English-speaking, emanates from large nongovernmental organizations and think tanks. This global public opinion acts as an opposing force, similar to that of the press in the nineteenth century. Technological advances, shorter working hours and higher incomes allow a growing number of the world’s citizens to engage in discussions about these global issues.

If states remain first and foremost concerned about their national policy, how can they effectively design international policies?

That is how the Nordic countries are influential. They dedicate 0.7% of their GDP to foreign aid. They fight climate change and maintain an enviable social model. No doubt these countries have a strong ethic.

Many Island States participate in these international negotiations. Eager to pioneer sustainable development, they reach out to other participants. Island States worry about their future, especially those, such as the atolls in the Pacific and Indian Oceans, who lack elevations above sea level. They are also concerned about their economic dependence and want renewables in order to conserve their own resources. Singapore, an engaged country, features a revolutionary water policy; the so-called middle-income countries also stand out: Thailand, Colombia and Chile are increasingly active. These countries are new, twenty-first-century actors, far from the twentieth-century geopolitical model.

The G-77 countries reveal divergent views on these subjects. And indeed, it is not because two countries are categorized as developing that they have the same interests. Those of China and Brazil, for example, are closer to those of developed countries.

In this regard, what did the Rio+20 Conference reveal about Sustainable Development Goals?

It certainly showed Brazil’s eagerness to move ahead; the Brazilian delegation was remarkably active during the conference. Brazil has reduced deforestation significantly; this has required a great deal of effort and some culture change. In the middle of the twentieth century, the Brazilian Army was encouraging deforestation to colonize Amazonia, making national heroes of tree-cutters.

I believe the Sustainable Development Goals were the main accomplishment of Rio+20 and an innovation within the United Nations system: setting goals for humanity as a whole is an entirely new exercise. So far, the United Nations has focused on poverty alleviation and development finance for poor countries, rather than on the issue of the development of humankind.

Such a change in focus means that we must not only help people access energy and water, we must also ask those who waste to change their habits. That is indeed difficult and innovative.

At Rio+20, we saw that worldwide poverty had decreased; so states know how to do that now. But if poverty alleviation remains the United Nations’ prime objective, where will we stand in twenty years? By then, it will be necessary to learn how to live without destroying the planet’s resources, something we do not know how to do at this stage. Hence, we must work on sustainable development and study new funding avenues. At Rio+20, delegates decided that a group would work on this subject; the goal is to update the way development and its funding is seen, modernizing this contribution to development.

I hope that these new prospects and ideas will allow some failed states, such as Afghanistan, to turn themselves around – states abandoned by all, even by international donors who work more readily with countries who can reimburse their loans. 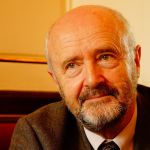