Images of the Beijing sky-line, seemingly bathed in a soup of smog and haze have been never far from the world’s TV screens over recent days and weeks. International reporters with hand-held air pollution detectors have been popping up on street corners checking the levels of soot and dust. Everyone seems keen to prove that the city’s air will be a decisive and debilitating factor for one of the world’s most high profile sporting events.

Without doubt Beijing is facing a huge challenge. There are real and understandable concerns for the health of competitors, especially those in endurance and long distance events such as cycling and the marathon. But the current frenzied focus is marked by a modicum of amnesia-air pollution was a major concern in Los Angeles 24 years ago. Indeed few can forget the dramatic scenes at the end of the women’s marathon when the Swiss competitor was seen staggering and stumbling under the weight of heat and perhaps air pollution exhaustion. Air quality was also an issue for the subsequent games in, for example Atlanta, Barcelona, Seoul and Athens. In respect to 2008, some level of fair play should be part of the debate.

Real and hopefully long lasting achievements have been made by the Beijing Organizing Committee for the Olympic Games, the city as a whole; the government and the six provinces concerned. Ones all the more remarkable when set against the city’s double-digit economic growth and the fact that this is being staged in a developing, rather than developed economy with all the social, health, developmental and environmental challenges this entails. Let me share a few examples. As a result of a $17 billion investment, over 90 per cent per cent of the city’s wastewater is now treated; over 50 per cent of the city is forested and natural gas accounts for more than 60 per cent of energy generation-up from some 45 per cent in 2000.

Meanwhile eight new railway lines, covering 200km and with a daily capacity of close to four million people have become operational this year alongside 60km of bus rapid transport systems. New vehicle emission standards now meet the most stringent equivalent European standards and are higher than in the United States. 50,000 old taxis and 10,000 buses have been scrapped and replaced with new ones and 4,000 of these buses are powered by natural gas-now the largest fleet of its kind in the world. Some 200 polluting industries have been closed; switched to new kinds of cleaner production or moved out of the city over the past seven years. These actions do not include the attention to eco-detail at the Olympic venues themselves such as the 400,000 square metre Olympic Village. Here water reclaimed from the Qinghe sewage treatment plant is being utilized for heating and cooling systems with an estimated 60 per cent in electrical savings.

In recent days the authorities have also requested businesses to stagger the working day in the run up, during and after the Olympic Games to reduce traffic volumes alongside a raft of other traffic cutting measures. Only time will tell if all these actions will bring air pollution down to acceptable levels. UNEP will certainly make this a focus of its post-Games report: building on the initial one issued in 2007. But it is clear that Beijing is striving to be part of the Green Team – one that is now central to the modern Olympic movement and increasingly part of other big sporting events such as the Green Goals for the 2006 and now 2010 FIFA World Cups.

The public awareness raised, the ability to showcase new and more sustainable ways of managing an urban setting and the legacy of more environmentally-friendly energy, transport and infrastructure should also not be underestimated. Humanity is currently engaged in a far reaching and more urgent marathon-one that is pitting the need to embed a 21st century Green Economy against the rapid implosion of our climate and natural life support systems. The catalytic and inspirational possibilities of events like the Olympics have thus a wider role to play-one that might just assist in us in reaching that other winning tape far faster before we stagger and collapse under the weight of our environmental degradation. 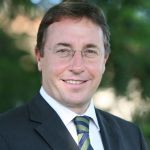