After having remained relatively stable from 1970 to 1990, the production structure of Ghana’s economy has gradually changed, in particular over the past decade. The analysis of the sectoral breakdown of Ghana’s GDP shows two major characteristics in the structure and trend of the distribution of added value per sector. Firstly, Ghana continues to be a highly agricultural country, insofar as the share of the primary sector still accounts for almost a third of total added value and over 40% of total employment. However, as with most of the examples of development, Ghana’s growth has been characterized by a marked decline in the share of the agriculture sector in the economy, which has fallen from 56.5% of total added value in the 1970s to approximately 26% for 2010-2012. Secondly, the gradual decrease in the share of the agriculture sector has mainly been to the benefit of the service sector and not the secondary sector. Consequently, the share of the service sector rose from just under 25% in the 1970s to almost 50% in 2010-2012. The share of the industrial sector, for its part, has remained stable since 1990, at less than 25% of total added value. In addition, the share of the manufacturing sector has fallen substantially from 10% in the 1990s to 7% in 2010-2012.

As with a number of African countries, Ghana is experiencing a relatively slow and recent structural transformation process. In addition, the structural transformation is taking place through services and not through an increase in manufacturing activities. However, the service sector continues to be highly focused on informal services with low added value, such as the retail sector or services to individuals. The informal sector accounts for 80% of total employment in Ghana.

Despite the strong growth (sustained annual growth rate of over 5% since 1990), why is the ongoing structural transformation of Ghana’s economy taking place at a slow pace ?

Investment plays a major role in economic growth. According to the Commission on Growth and Development (2008), the countries that have achieved strong and sustainable growth devote an average of over 25% of their GDP to investment and mainly finance it via recourse to national savings.

By international standards, Ghana’s investment rates are relatively modest. For 2005-2012, the investment rate stood at 20% of GDP, against an average of 27% in lower middle-income countries. In addition, the investment rate in Ghana varies strongly depending on the macroeconomic and political trends in the country. From 1984 onwards, the investment rate gradually rose, in particular thanks to the increase in public investment, partly financed by considerable flows of financial aid. This general trend was reversed from 2006 onwards. Overall, the low level of investment dynamics is firstly due to the loss of momentum in public investment over the recent period and, secondly, to the lack of private investment. The latter continues to be penalized by the eviction effect generated by increasing public deficits. Indeed, domestic savings are diverted and channeled towards financing public deficits, which obliges companies to self-finance their investments, hence the reduction in private investment. Generally speaking, the low level of the domestic savings rate (4.6% of GDP for 2005-2012) has a negative effect on investment dynamics.

The decline in investment is likely to have a negative effect on infrastructure development. The table below shows that while the availability of infrastructure is relatively comparable to other African countries, it does, however, remain largely behind more advanced developing countries. More specifically, the quality of energy supply is a major constraint, as can be seen with the frequency of power cuts. This in particular hinders the development of manufacturing and agro-industrial sectors. The financial situation of State-owned companies in charge of power generation, transmission and distribution does not allow the required investment and maintenance expenditure to be covered. Yet energy production will need to increase by some 200 MW a year over the next ten years in order to meet the growth in demand.

The limited access to credit continues to be a major obstacle to private sector development. Indeed, the private sector credit rate stood at 14.5% of GDP for 2006-2011, i.e. a particularly low level by international and regional comparison (see graph below). This situation is due to the significant and persistent difference between interest rates on loans and deposits. Firstly, the actual return on savings is negative. Secondly, the actual interest rates on loans are extremely high, which seriously restricts private investment. The recent increase in recourse to domestic borrowing by the Government has led to a rise in Treasury Bond rates and interbank rates, which is likely to have a greater eviction effect on private investment.

The consolidation of democracy and marked acceleration of growth over the past ten years have resulted in Ghana being considered as a model of success in Africa. However, following the rise in macroeconomic imbalances, Ghana’s growth model is showing several signs of slowdown. Will the country be able to improve its macroeconomic fundamentals while maintaining economic growth? 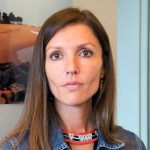