Head of Programs of the association Batik International

What concrete action can be taken to move gender equality forward? Some answers from Sarahi Gutierrez, Head of Programs of the association Batik International, which was set up in 1998 to improve the decision-making and action power of people in vulnerable situations, particularly women, in France, the Southern Mediterranean and Southeast Asia.

Batik International works a lot in the Southern Mediterranean. What is the situation there in terms of gender equality?

In Morocco, Algeria, Tunisia and Egypt, women face problems regarding access to public services, employment and mobility in urban, peri-urban and rural areas.

In Cairo, we work in an “unplanned” neighborhood, El Marg, which is home to 2 million people and where there are no basic public services (water and sanitation network, schools, health centers, etc.). Several years ago, we were approached by local actors, who reported discrimination and violence towards women in this neighborhood. When we looked closely at the statistics, we saw that there was a disturbing phenomenon of growing inequalities between men and women in the Southern Mediterranean.

What statistics do you use?

We work with the World Economic Forum’s Global Gender Gap Report ,which highlights a deterioration in the situation of women in terms of access to education and economic activity.

We also refer to the study conducted by Agence Française de Développement (AFD) in 2014 on women’s access to and retention in employment in Tunisia, Morocco and Turkey. This document points to low activity rates for women in these countries (between 24% and 26% in 2012), without it being possible to explain this phenomenon by religious or cultural factors alone, as Muslim countries like Indonesia or Chad have a strong participation of women in the labor market. Many factors come into play, for example, the social and economic structures, the infrastructure available (in terms of mobility or child care and education), social representations, the level of access to information, etc.

Does your approach of women’s empowerment focus on the economic activity of women?

Yes, it does. This was the case at the beginning, as we thought that access for women to an income would allow them to improve their living conditions. However, experience has shown us that there is no direct relation between economic empowerment and social empowerment.

For example, we have noticed that professionally active women do not necessarily have more responsibilities in decision-making or budget management in their family. Some women spent their income on consumption, their children’s schooling, housing and healthcare – particularly in Egypt where basic services are lacking. This could cause situations whereby husbands stop being involved in households or, in contrast, take the income of their wives (in order to be able to control the budget management). The latter cases can lead to domestic violence. Another difficulty observed was that of “double days”: women carried out domestic chores in their homes in addition to managing their economic activity.

How have you adjusted your projects to support women?

We have decided, with our local partners, to work on social representations: our support is based on building self-confidence. It involves making women aware of internal resources (skills, networks, etc.) and external resources (training, advice, etc.) and of their capacity to mobilize them in the paths they follow. Our actions involve reassuring women and ensuring that they stop putting up too many barriers themselves, by thinking that they do not have the time, or that a small business is too complicated to manage. We offer them additional workshops on “life skills” in order to build their capacities to communicate, negotiate and manage. Similarly, we encourage them to seek opportunities in sectors that are considered as masculine, such as the construction or IT industries.


We have interviewed women who, to integrate themselves and be respected, said that they were obliged to behave like men, by being tough and without allowing the slightest familiarity. These remarks clearly showed us that the gender issue stems from a social problem: men are also concerned in the social roles assigned to them, as heads of the family, providers of income and holders of authority.

Consequently, we have developed our practices more broadly in order to promote a real empowerment of women, by also taking into account the weight of social representations and resistances in their environment. The family circle and economic actors are key actors in ensuring that women have access to vital resources (loans, information about public services, training, etc.) for their occupational integration.

Today, Batik International’s programs for gender equality concern everyone, on the basis of awareness-raising as an essential tool in the social change process.

What lessons have you learned from these experiences?

We should not overlook fundamental work on changes in representations and practices in both public and private spheres. In very practical terms, it involves deconstructing social roles and informing women about their rights so that they can assert them.


The inclusive awareness-raising actions are also necessary in order to include men in projects which aim to empower women. We cannot arrive and immediately talk about gender in certain countries. It is better to invite brothers to come with their sisters to training programs in order to raise their awareness as well. We also establish partnerships with local associations to diversify the services to support women and promote concrete examples given by women “leaders”, who have succeeded in their ventures and sometimes won awards.

Finally, it is essential to build the capacities of our local partners, as they do not always spontaneously accept gender issues. The frequently asked question is: “Why must the woman work if her husband has a job?”. We try to make inequalities more visible and promote examples of success, through the exchange of experiences between peers. We do not directly talk about gender, but address the issue from an economic perspective, for example, in order to prompt questions about the representation of women in certain sectors or in decision-making positions, in cooperatives for example. 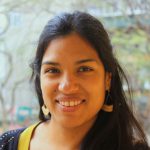 Head of Programs of the association Batik International