India, China, Brazil and some developing and emerging African countries are pioneering a new model of “frugal” innovation, one diametrically opposed to the costly, rigid and elitist research and development-driven approach prevalent in industrialized countries. Unlike the structured and resource-intensive Western innovation model which strives to do more with more, frugal innovation boasts the ability to do better with less – to create significantly greater social value while minimizing the use of scarce financial and natural resources. The frugal innovation model – enabled by an ingenious jugaad mindset – pioneered in African, Latin American and developing Asian countries debunks “the North invents, the South copies”.

Thousands of ingenious entrepreneurs and companies in emerging economies, such as Kenya, India, Peru and the Philippines, use the frugal innovation approach to develop affordable and sustainable solutions with limited resources. These frugal innovators view harsh constraints, such as a lack of electricity or water less as restraining factors than creative opportunities to innovate and generate more value for local communities.

In India, for example, Harish Hande founded SELCO, a provider of affordable solar energy to more than 125,000 households in far-flung rural areas. The company leverages an extensive grassroots network of micro-entrepreneurs who sell and maintain solar lanterns in their local communities. For this achievement, Hande won the 2011 Ramon Magsaysay Award.

In Peru, a country with high humidity and little rainfall, local engineers have invented an advertising billboard that converts the humidity into drinkable water, generating nearly 10,000 litres of potable water in three months.

In addition to grassroots entrepreneurs, many local companies in emerging countries also use frugal innovation techniques to create large-scale, affordable solutions to deliver greater value at lower cost to millions of low-income consumers.

For example, an Indian industrial conglomerate, Tata Group, has developed the world’s least-expensive car – the Nano – priced at $2,000. The group has also invented a low-cost water purifier – the Swach – that uses natural materials, such as rice husks, to filter water. Both the Nano and Swach are frugal solutions aimed at the hundreds of millions of Indians who live at the bottom of the economic pyramid.

Similarly, the Kenyan telecom operator, Safaricom, pioneered M-PESA, a mobile payment service that enables Kenyans without a bank account to send and receive money using their mobile phones. Today, over 15 million Kenyans use the M-PESA system – more than the number of Kenyans who have a bank account!


All these entrepreneurs and companies in the developing world who practice frugal innovation embody the spirit of jugaad – a colloquial Hindi word that translates as “an innovative fix, an improvised solution born from ingenuity and cleverness”.

Jugaad is the resilient art of detecting opportunities in the most adverse situations and resourcefully improvising ingenious solutions with limited means. Jugaad goes by different names in various emerging markets: Brazilians call it jeitinho; the Chinese refer to it as jiejian chuangxin (in contrast with shanzhai, which means copycat); the Kenyans call it jua kali. Whatever the name of its regional variants, the jugaad spirit shows that developing nations can devise innovative solutions on their own to solve local problems.

The frugal innovation model – enabled by an ingenious jugaad mindset – pioneered in African, Latin American and developing Asian countries debunks “the North invents, the South copies” myth by providing a cost-effective and sustainable alternative to the West’s resource-intensive and increasingly limited innovation model. In striking contrast with the expensive, rigid and elitist Western approach to research and development, frugal innovation minimizes resource use, allows for greater flexibility, and facilitates greater collaboration and engagement by local communities.


How the West is embracing frugal innovation

Frugal innovation – the ability to create more value with fewer resources – is making its way into Western economies through many channels. To begin with, a new generation of entrepreneurs in the U.S. and Europe are upending industry business models by providing Western consumers with alternative, affordable and sustainable products and services. Inspired in part by their peers in Nairobi, Bangalore and Sao Paulo, Western entrepreneurs in Silicon Valley, New York, Paris and London are adopting the core principles of frugal innovation – that is, they design “good enough” products and services, offering them to Western consumers using a flexible pricing model through an extensive network of partners.

For instance, BlaBlaCar has rapidly emerged as Europe’s leading car-sharing community. Launched in 2004 by three young entrepreneurs, BlaBlaCar provides passengers with a less expensive and more flexible alternative to traditional means of transportation such as trains. Operating in ten European countries, BlaBlaCar transports over 700,000 passengers every month – more than the number of passengers travelling on Eurostar, the high-speed train that connects London to Paris and Brussels. BlaBlaCar estimates that its drivers save £100 million annually every year and have avoided emitting 700,000 tons of carbon dioxide.

Paul Benoit, a brilliant French engineer and another frugal innovator who creates eco-friendly solutions, founded Qarnot Computing. It is a start-up that makes digital radiators equipped with microchips that are connected to the Internet. These networked processors can perform computations much faster and cheaper than more costly electricity-hungry data centres. This makes super-computer-like processing power affordable and accessible to the masses. Even better, the energy generated by these high-performance processors gets converted into free and eco-friendly heating for the commercial buildings and houses equipped with digital radiators. The French government is keen to partner with Qarnot Computing to integrate this sustainable solution into social housing projects.

Inspired by these entrepreneurs, leaders of Western companies are realizing that they must embrace frugal innovation models or risk losing their core markets in the US and Europe to nimble rivals able to provide affordable and sustainable solutions to cost-conscious and eco-aware consumers. As a result, several Western companies have begun to develop – or invest in – frugal solutions that deliver more value at less cost to Western consumers.

For example, inspired by great success in selling shampoo and tea in inexpensive single-serve sachets in India, in Spain, Unilever now sells small Surf detergent packages for only five washes and is marketing mayonnaise and mashed potatoes in tiny packages in Greece. Similarly, PepsiCo is motivating its supply chain managers in the US and Europe to do better with less by emulating their frugal colleagues in developing nations such as India, where PepsiCo’s beverage plants generate two-fifths of their energy input from renewable sources like biomass and wind turbines.


How to accelerate frugal innovation initiatives

Western companies could accelerate their frugal innovation strategy by following two initiatives. First, they could recruit a new generation of engineers and managers from leading Western universities. Indeed, top US universities such as MIT, Stanford, University of Cambridge, and the Hamburg University of Technology host training programs and research centers that train next-generation “frugal” engineers and managers. These academic centers disseminate new knowledge in the field of frugal innovation for the benefit of Western corporate leaders and policy makers. Second, Western multinationals could (and must) engage emerging economies, such as India, China, Africa, and Brazil, not simply as “markets” to sell existing products, but as “sources” of inspiration for radically new frugal solutions that could be co-developed and commercialized across both emerging as well as developed markets by leveraging global innovation networks (see Figure 1).

While emerging economies have already internalized the principles of frugal innovation, Western societies are slowly learning to master the art of doing more with less. In the coming years, as the global economy becomes more integrated, cooperation between the Global North and South will likely intensify, enabling greater two-way knowledge exchanges that accelerate and deepen the adoption of frugal innovation in developing and developed economies in a synergistic fashion. Frugal innovation is poised to become the unifying force in North-South engagement in the next decade. 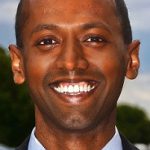