Victor Ndiaye, 49, an HEC Paris Business School graduate, returned to his country, Senegal, after working for two years in the banking industry at Morgan in Frankfurt (Germany) and eight years as a consultant at Charles Riley (Paris). In 1995, he founded the consulting firm Performances Group in Dakar.

Victor Ndiaye today heads a company which employs 100 people in 20 countries. It is a leader in the strategic business consulting market in French-speaking Africa. He aims to make African voices heard in international forums, such as the European Development Days (EDD). His Group organized a roundtable on 16 October 2012 in Brussels on the private sector’s role in Africa. Its objective: promote African expertise and advocate for new relationships between Africa’s private sector and administrations, such as donors.

“The potential is still intact”, explains Victor Ndiaye, “when we look at the population, the need for infrastructure, the natural resources. There are positive trends for investment in Africa. Concrete and non-speculative – and therefore less risky – investments can be made in increasingly stable countries. The aim is to create millions of jobs and know how to free up the potential.” Among the fundamental tools for Africa’s take-off, Victor Ndiaye mentions venture capital and clearer policies from the governing authorities.

For the first time at the EDD, a Southern partner handled an entire topic by inviting actors from the field and African specialists. There was a generation of business leaders in their 40s around the table, from Guinea-Bissau, Ghana, Cameroon and Senegal. These men and women embody the much awaited new generation throughout the continent, but also the disappearance, in the field, of language barriers between French, English and Portuguese speaking Africa.

This panel had no intention of lamenting the sad fate of Africa. Instead, it reviewed the results of decades of external aid and structural adjustment, which have not provided a miracle solution. “The greatest responsibility lies with African leadership”, says Victor Ndiaye, who sees the emergence, slowly but surely, of “a new mode of governance, with clear visions, strategic plans, and very strict monitoring and evaluation systems. This is something of a change for us compared to what we have seen for decades with copied and pasted policies defined outside, partly to please donors.” An overzealousness which has produced surprising results, points out Victor Ndiaye. “It is more difficult for a company to be listed on the Abidjan Stock Exchange than on the New York one. And Senegal’s Environmental Code is stricter than the World Bank’s. Both sides are to blame. A new approach is needed, based on local policies, customized solutions defined in terms of specific problems, and then we need to mobilize donors on the basis of a national policy.”

Among examples of countries on the right track, Victor Ndiaye cites Rwanda, which is experiencing a boom, Joyce Banda’s Malawi and Gabon – where his Group advises the current President, Ali Bongo Ondimba. He also observes a “huge image gap between clichés and reality”, and recommends going into the field to judge the actual evidence of the progress that has been achieved. Senegal also arouses great hopes with its new President, Macky Sall, a former oil engineer, the first in his country to have been born after the independence and to be from the business world.

It is the same story for Mactar Silla, 56, former Chairman of TV5 Afrique (1992-1998), Worldspace West Africa (1998-2000), Radio-télévision sénégalaise (RTS, 2001-2002), then Director of Spectrum Television in Cameroon (2003-2010), prior to being Associate Director of Performances Group in Gabon, where he advises the current President, Ali Bongo Ondimba. According to Mactar Silla, Gabon, a small Central African country with 1.5 million inhabitants and extensive oil wealth, is moving towards reform “at an unparalleled pace and break with the past, much more so than in Senegal.”

He lists the measures taken by the son of Omar Bongo, in power from 1967 until he died in 2009, since he succeeded his father: an earnings ceiling for directors of public institutions and national companies at 10% of what they received before, the increase in the minimum income (net pay has increased from FCFA 80,000 to FCFA 150,000), the non-stop work day since 1 January 2010, not to mention the ban since May 2010 on log exports to promote local log wood processing. “This measure has increased the number of processing units in the wood industry from 81 to 114 and the number of jobs has risen from 3,000 to 7,000”, points out Mactar Silla.

The driving force behind all these reforms? The growing awareness of the fact that with the Arab Spring, “No African Head of State can govern like three years ago”, says Mactar Silla. “Populations know how to elect their leaders and oust them if necessary. A sword of Damocles weighs on African leaders. There is now an obligation to achieve results.” 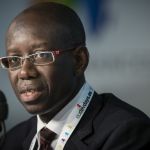