A former expedition leader on board Commander Cousteau’s Calypso, diver and avid oceanographer, François Sarano is a specialist in cetaceans. He is also the author of Le Retour de Moby Dick, ou ce que les cachalots nous enseignent sur les océans et les hommes (Actes Sud, 2017) and co-author with Coralie Schaub of Réconcilier les hommes avec la vie sauvage (Actes Sud, 2020). We met him during the second edition of the Agir pour le Vivant (“Action for Living Beings”) festival, a week of meetings and debates organized in Arles by the publisher Actes Sud. He believes that our humanity is born out of respecting sperm whales like all human and non-human living beings.

Since 2013, you have been regularly diving off the coast of Mauritius among the community of sperm whales. How do you prepare for this kind of encounter?

The extraordinary thing about a wild animal is that you cannot cheat with it. If you want to meet it, you have no choice but to be authentic. Life in the wild is a great school for life in society. The animal makes us listen and find the right distance to be around it without scaring it, so that it feels safe enough to continue its usual activities. At the beginning, we are all clumsy: we go too fast, too near. Then the time comes when it accepts you. This is what happened with the sperm whales we are regularly around off the coast of Mauritius.

We can swim next to them while they sleep or nurse their young. So, we can enjoy these extraordinary moments, because it is important to enjoy them! But we can also study the structure of their societies and the relationships they build with each other. Patience, benevolence, humility and respect: this is what it takes to meet a wild animal.

What philosophical lesson have you learned underwater?

The thing that stands out from all these hours spent among the community of sperm whales is that beyond the great complexity of this society, you discover the unique traits of each living being. Take, for example, two mothers living in the family of Irène Gueule Tordue. Caroline, the first, hardly takes care of her young and constantly leaves them to another female which acts as the wet nurse in the community. In the same group, there is Lucy, a “mother hen” which keeps her two calves very close to her. Between these two extremes, there is a wide range of different types of behavior. Irène Gueule Tordue spends half her time with her young and the other half hunting far away from them in the ocean depths. Nothing could be more different than one sperm whale from another. Each individual has its own personality resulting from all its experiences.

There are ultimately only living singularities on this planet. We must no longer only think in terms of species, but of individualities, of “non-human persons”. Once we have understood this, we can no longer think that one animal can replace another. And this calls into question the way in which we are used to managing species as a whole, animal populations that we commonly call “stocks”. In a living community, there is not a single individual like another. I firmly believe that this is how we should now see living beings.

You say that academic knowledge is not enough to understand living beings. Why is it essential to go and meet them?

Knowledge does not mean understanding. We are too inclined to confine our understanding of the world to an intellectual analysis. Yet it is essential to go and meet what you want to understand, so that you can gain a new understanding of each other. An encounter is experienced on site, with your five senses, face to face, while building mutual relationships. Without a sensory encounter, knowledge is likely to increase our impression that we are separated from living beings, that there are humans on one side and animals on the other, culture on one side and nature on the other. Yet the world of sperm whales is also our world. We are an integral part of it. We, like them, are a part of the ocean, a part of living beings.

Are sperm whales still threatened, 35 years after the hunting ban?

In the past, the last survivors of the large-scale hunting massacres used to be scared away by boats and divers. Their perception of humans has completely changed with the ban on their exploitation. Today, it is possible to dive with them. But the research of Hal Whitehead and Shane Gero (2016) shows that not only are whale populations in the Caribbean not increasing, they are also regularly declining.

There are many reasons for this alarming situation. Firstly, there is pollution from macroplastics. The stomachs of cetaceans are full of plastic: tens of meters of tarpaulin are sometimes found. Secondly, there is chemical pollution. The pollutants (biocides, heavy metals) are stored in the fat of cetaceans, then transferred to the calf through the mother’s breast milk, leading to deformities and premature death. There are also driftnets, which are banned but continue to be used in the Mediterranean Sea and, finally, the frequent collisions with boats.

It is not enough to merely stop massacring the large cetaceans, we must also reconsider our overall relationship with the oceans. Because an animal does not live outside its environment, it is caught up in a web of relations with its environment and the other living beings that share it with it.

What responsibility do humans have towards wild animals and living beings?

Nature has always created diversity: biological diversity extended by cultural diversity. All the species that exist today have 3.5 billion years of evolution behind them. This is what makes the history and wealth of our planet, and it is why it is essential to preserve it!

Each species has abilities that the others do not have. For example, sperm whales can descend to a depth of 2,500 meters, where humans will never swim. They can also see in the darkness of the abyss, by using an extremely efficient echolocation system. What abilities do humans have? I think it is the fact of knowing all this. We are conscious of the other species, their wealth and diversity and of the history of the world and universe. It is this consciousness that gives us our identity in the great people of living beings. It gives us an enormous responsibility: the freedom to respect the others. It is this respect we show for the others, humans and non-humans, that makes us so incredibly different and gives us our humanity.

When we knowingly wipe out a species, we deny what makes us original, we deny that we are Homo sapiens. It is not about need, but about ethics. The encounter with large wild animals is an extraordinary source of joy and peace, and we have an absolute duty to pass it on to future generations.

Making our relationship with animals central to ecological transition 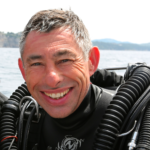 Greater global collaboration urgently needed to safeguard the health of animals, humans and the environment from the next emerging pandemic.
Interview

2021 will be a key year for biodiversity governance, especially with the COP15 Biodiversity Conference in China. Aleksandar Rankovic, a researcher at IDDRI, reviews the progress of the ongoing negotiations and the issues that still need to be addressed post-2020.