Why is forest conservation important for Suriname?

I lead the NGO Conservation International in Suriname but I am first and foremost an economist. In 2011, the government asked me to assess how nature conservation had benefited Suriname so far, particularly through the Central Suriname Nature Reserve which covers 1.6 million hectares, 10% of our country – the largest reserve in the world at the time it was instituted in 1998. I realized I couldn’t talk about conservation without first understanding climate change.

The role of forests in climate change is largely recognized, even more so than water or oxygen. Nowadays, people are mostly talking about carbon. What I learned about climate change frightened me and woke me up. The picture painted by the scientists who have been here in Suriname really convinced me that we need to do more.

What is the IPCC’s scenario for Suriname?

All the scenarios tell us the capital Paramaribo is going to be under water! The temperature rise will exceed 1.5 degrees, it will most likely reach 4 degrees globally, and maybe even 6 degrees for us. Climate change is happening. We are looking at a rise in sea level between 52 centimeters and 1.7 meters over the next 75 to 100 years.

We are the second most vulnerable city in the world. Only Georgetown in Guyana is more at risk. We owe this to a combination of our geographical localization and our lack of capacity to adapt. In the context of the Climate Change Conference, we are grouped with the Small Island Developing States (SEDS), not because we are an island but because we share the same characteristics in terms of our vulnerability.

It won’t be a tsunami – we won’t all of a sudden find ourselves boarding boats. Our capacities in terms of water management are going to be degraded through time, our sewage system is going to be under pressure, rainwater harvesting is going to become a problem. As it stands now, Paramaribo cannot be saved. However, businesses and government agencies could be moved outside the city and a wall could be built around the historic downtown. But adaptation has a cost – urban planning alone requires money. We would need to invest billions of dollars… and we don’t have billions of dollars.

On the one hand, we are highly vulnerable. On the other hand, we have a huge asset: the forest. We need to combine these two elements somehow in order to develop Suriname in a climate-compatible way.

How can we value the services rendered by the rainforest?

Suriname is by far the greenest country on earth. Our primary forest is the most pristine. The forest is delivering climate services: it absorbs 8.8 million tons of CO2 a year, stores 11 gigatons continuously and contributes to water regeneration.

I have initiated the program for Reducing emissions from deforestation and degradation (REDD +). But raising money from climate finance is ridiculously complicated. It takes time and money which our country doesn’t have.

This is unjust. Nobody asked us if it would be ok to pollute the atmosphere with carbon dioxide. And even as our trees are delivering a service, we have to meet all these requirements. Nobody is paying us. We received money for the REDD + Program, but it isn’t ready yet. I believe we shouldn’t wait on that, I believe there are things we can do ourselves.

Forests: can REDD+ be a development instrument?

What would a climate-compatible development in Suriname entail?

We need a green growth model. As a nation, our challenge is to unlock the value potential of our yet untouched ecosystem for our economic and social development, without destroying this ecosystem. In the current paradigm, resources are being destroyed for economic development. We need to switch paradigms. 30 hectares of a healthy intact forest are way more valuable than a few kilograms of gold.

To that effect, we have defined four new sectors, which could become the pillars of a green surinamese economy. First, there is REDD +, getting compensation for reducing emissions from deforestation and degradation. Second, fresh water exports, as we have the third most renewable fresh water resource in the world. Third, ecotourism, as we have unique things here for people to see. The fourth and last pillar is the exportation of products made from non-timber forest material, particularly of oils made from fruits and nuts which can be sold up to 1 000 dollars a liter.

Are indigenous people included in this plan?

It’s important to get these communities to adhere to conservation. For the most part they already do. But if you’re living in the forest without an income and somebody comes up to you and offers you money in exchange for the right to mine gold, you are bound to say yes, unless safeguarding the forest earns you more. This is possible – there are barely any examples of a community benefiting from extracting industries right now in Suriname. If the livelihoods of these communities depended on keeping the forest intact, they would protect it and become its efficient guardians. We believe that selling and exporting non-timber forest products offers a more democratic economic model and allows for more inclusive growth. We have built a factory to make Brazil nut oil in a small village of a hundred people. The inhabitants are now exporting the oil to Europe and earning enough to live. I believe combining this type of industries with agrotourism within these communities can generate strong value.

[display_quote quote=” In the current paradigm, resources are being destroyed for economic development. We need to switch paradigms. 30 hectares of a healthy intact forest are way more valuable than a few kilograms of gold.”][/display_quote]

What threatens the rainforest nowadays?

Mostly goldmining and uncontrolled logging. The Foundation for Forest Management and Production Control doesn’t have enough agents nor resources. There are about three million hectares of logging concessions! Some parcels of land have been given up right by the Central Nature Suriname Reserve… There is no border and no guard! Communities could raise a strong voice against mining and extractive industries. Our focus is on these communities and on working to produce new legislation with the government.

Deforestation, a plague to halt

Why do you think new legislation is needed?

In Suriname, conservation suffers from a negative image among policy makers. The current legislation completely prohibits production from protected areas. Suriname has 2.1 million hectares of protected areas that aren’t generating any income, jobs or benefits of any kind. The current legislation is based on a 1954 model used for Yellowstone National Park. It’s a radical approach. 1.6 million hectares are kept locked up under a bell jar. Nothing can be done. The private sector can’t help develop these areas or contribute to making tourism boom, and the communities are completely excluded from monitoring and managing these resources.

In Costa Rica, 1.3 million hectares of parks generate 32 million dollars, solely in entrance fees. The Central Suriname Nature Reserve is 1.6 million hectares – more than the added surface of all Costa Rica parks – yet it only generates 15 000 dollars. Costa Rica has 2.1 million tourists. In Suriname, only 0.4% of tourists visit the park. There are no infrastructures, no guides. We are not valuing what we have.

This huge reserve was created and policy makers don’t see any income coming from it. Why would they want to invest more in conservation? Most decision makers have lost faith in the idea that conservation can offer a valuable economic model for development. We have to think up a way to integrate the parks into the economic infrastructures of the country. This took Costa Rica 40 years, but now they are benefiting from it. We have to think in the long term.

In a natural reserve, one area has to be forbidden from access, but another area can be assigned to tourism or to the development of a non-timber forest product industry, or even to scientific research.

I believe in nature tourism. I believe that reserves need to be an integral part of the economy. They must be productive assets. The government can’t do this alone. The private sector and local communities must be involved. Developing these new sectors is a challenge, but mostly it’s an opportunity. 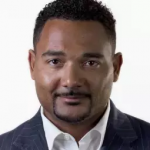