Strategic adviser and head of growth management at Innovision Consulting

The history of aid effectiveness is marked by ‘transformative moments’ and ‘turning points’. The four big declarations of Rome, Paris, Accra and Busan made plenty of commitments. Yet, each high-level forum took place before the commitments from the previous event were, in many cases, fulfilled even partly. Even more concerning, wealthy donor countries have lagged behind developing countries in keeping their promises.

The Centre for Global Development (CGDev) established an index tracking the quality and quantity of international aid from major donors – quantity being assessed as the amount of aid as a share of Gross Development Product (ratio ODA/GDP), and quality being assessed using a scoring system which gives greater weight to aid spent in countries with high poverty and well-governance levels, aid which avoids overloading recipient governments with too many small projects, and aid which does not come with requirements that it is spent on products from the donor nation (“tied aid”). Unfortunately, there hasn’t been much progress over the past decade that the index could highlight.

One explanation for such lack of progress is that once easy wins on aid effectiveness were captured, efforts were unable to overcome the difficult political realities that many of aid’s core debates ultimately revolve around. For instance, it’s known that tied food aid is a very ineffective way to help developing countries—but this argument is very difficult to win politically.

What are the Global Funds?

Since the early 2000s, institutions like the Global Fund against Aids, TB and Malaria, and the GAVI alliance, have rapidly become large funders in global health. In education, a smaller and lesser known Global Fund, the Global Partnership for Education, raised over $2bn at its recent replenishment event (2014).

How can they help?

The Global Funds pool resources from bilateral donors which let them make more predictable, multi-year funding commitments. The loss of value caused by aid being unpredictable has been estimated at 15-20%[1].

Because they combine funding, Global funds can replace individual programmes for each bilateral donor and reduce aid fragmentation. Aid fragmentation greatly increases transaction costs for developing countries – having to negotiate and work with large numbers of donors with different priorities and reporting requirements puts considerable unnecessary pressure on administrative resources in developing countries. By contrast the Global Fund against Aids, TB and Malaria has been praised for its work on maximising the efficiency of its spending. It targets the poorest countries, has low administrative costs and its projects are large. It was ranked by the Center for Global Development as the top aid donor on maximising efficiency.

Read on this subject on ID4D: “We’ve got to do something about Aid fragmentation”, by Brian Atwood, former President of OECD’s Development Assistance Committee (DAC).

The Global Funds are also better at spending money where it is most needed. As ex-DFID Minister Hilary Benn said bilateral donors will always be subject to political pressures which prevent them from making better allocation decisions[2].

As an example, the graph below looks at how much education funding is spent in the poorest countries and those with the largest numbers of children out of school. As can be seen from the graph, donors such as Australia, Japan, the European Union, Norway, Denmark and the United States spend less than half of their education budgets in countries with the greatest need.

Note: This diagram is based on background data from the Brookings Institution paper Financing for Global Education Paper: Opportunities for Multilateral Action”, Rose, Steer, Smith and Zubairi 2013.

A similar comparison can be drawn in health where funding formulas at the Global Funds are based primarily on disease burden and ability to pay, not on geopolitical or historical considerations.

Bilateral aid agencies are also highly vulnerable to other political decisions undermining their development goals. From 2003-2008 the US Congress dictated that PEPFAR earmark one third of its prevention funding towards abstinence and ‘be faithful/behaviour change’ approaches, despite concerns about their effectiveness[3]. Similarly Congress also imposed restrictions on the promotion of condoms.

With regards transparency, the Global Funds set very high standards. Anyone can go to the website of any of these Global Funds and see the papers discussed at their Board Meetings, what decisions were made, when and by whom. The same level of transparency in a governmental budgeting process is simply implausible.

Why the Global Funds and not other multilaterals?

Multilateral institutions are notoriously problematic to reform. The World Bank’s IDA was created in 1960 to offer highly concessional loans and essentially hasn’t changed as an aid instrument since then. This inability to change is despite the fact that demand for IDA is falling, and projected to fall rapidly over the next decade. Indeed the World Bank’s inability to reform has arguably spurred the creation of rival organisations such as the BRIC bank.

The thorny issue of country ownership is another example of how multilateral funds can be more effective. The 2005 Paris Declaration established country ownership as a fundamental principle of aid effectiveness. The Accra High Level forum recognised that the involvement of civil society in development is vital. But institutions such as the World Bank that have been lobbied to listen to developing countries and civil society for decades, remain dominated by their rich country shareholders. Similar concerns have been registered about other ‘Bretton Woods’ institutions such as the African Development Bank.

On this subject read also on ID4D: “What role for the international institutions in the management of Global Public Goods?”, by Ravi Kanbur, professor at Cornell University in the USA.

By contrast, developing countries hold approximately half of the seats at Board meetings of these three Global Funds (Gavi, GPE and Global Fund against Aids, TB and Malaria) and have a say in where and how money is spent. Civil society organisations are also represented at Board Level. A review of civil society participation in the Global Fund against Aids, TB and Malaria found that it had led to improved programmes[4].

But aren’t there problems with the Global Funds also?

The Global Funds have weaknesses also. In health, they’ve been criticised for using a vertical approach (focusing on one or a few diseases but potentially neglecting wider issues). The previous funding allocation model used by the Global Fund was widely criticised as incentivising over-bidding for resources. But the Global Funds have demonstrated their flexibility and reformed themselves to respond to these challenges relatively rapidly, particularly if compared to the speed of change of bilateral donors.

Funds now they take a ‘diagonal approach’. GAVI aims to spend between 15 and 25% of its money on health system strengthening activities. The Global Fund against Aids, TB and Malaria spent over a third of its funding in Round 8 on health system strengthening. Their funding model has also changed swiftly and substantially to give more predictable funding windows and a more data-driven allocation approach.

Directing money through the Global Funds is a practical and implementable solution to the political challenges of achieving greater development aid effectiveness.

If bilateral donors are serious about their commitment to aid effectiveness, they should spend less time running their own aid projects, and more time trying to improve the multilateral system. A major way to do so is to invest greater money and time in partnerships like the Global Fund, GAVI and the Global Partnership for Education.

New Global Funds (at scale) could be considered in other sectors of international development- particularly where existing multilateral institutions have proven difficult to reform or exclude civil society and developing country voices. Should agriculture or energy follow next? 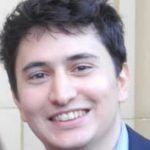 Strategic adviser and head of growth management at Innovision Consulting