Giving free access to services in education and health is one of the fundamental tools that governments have to combat inequality, especially inequality of opportunity. However, particularly in low-income countries, financing education and health cost through taxes can leave the poor worse off, with less cash to buy food and other essential goods. If the majority of the population is poor, it is difficult to tax it, even if it is in the aim of helping it. In trying to combat inequality with spending on education, infrastructure and health, governments may leave the poor worse off, at least in the short-term. The Argentinian economist Nora Lustig takes a closer look at the paradoxical relationship that can take shape between poverty and policies designed to address inequality.

Your research shows that in developing countries, fiscal policy can increase poverty instead of reducing it. How is this possible?

At the Commitment to Equity Institute we have analyzed the impact of social spending (cash transfers, food and energy subsidies, and spending on public education and health) and taxes (personal and consumption taxes) on income inequality and poverty in more than thirty low and middle-income countries across all continents, ranging from Brazil to Guatemala, from Ethiopia to South Africa, from Indonesia to Sri Lanka, and from Russia to Georgia.

In order to analyze the impact of fiscal policy on income distribution it is useful to separate the “cash portion” of the system. The cash portion includes direct taxes, direct transfers, indirect taxes, and indirect subsidies. The noncash or “in kind” portion includes the monetized value of, for instance, government education and health services. The results of our research show that fiscal policy always reduces inequality. However, by calculating income levels at the bottom of the social ladder before and after taxation and transfers, we have found that poor people can be made poorer by fiscal policy.

In Ethiopia, Ghana, Guatemala, Nicaragua, Tanzania and Uganda, for instance, the headcount ratio for the poor is higher after direct and indirect taxes net of transfers than for prefiscal income. In these countries, fiscal policy increases poverty, meaning that a larger number of the market income poor and vulnerable are made poorer by taxes and transfers than the number of people who escape poverty. That is, if we leave aside the efforts made by governments in the sectors of health or education, the poorest would have a higher income level if there were no taxation or transfers. In other words, especially in low-income countries, the poor can often be net payers: they pay more in taxes than what they receive in cash transfers. This is one of the main results from our research. We call this fiscal impoverishment.

Is the fact that the poor may be net payers into the fiscal system acceptable from an ethical point of view?

Some may argue that it is, as the poor will in time benefit from the growth effect of public spending on infrastructure and education, for example. However, the poor, especially the extreme poor, cannot necessarily afford to wait for the growth effects to kick in. We are speaking of highly vulnerable people, who live below the threshold of USD 1.9 a day—the current global poverty line according to the World Bank. For such a group, a reduction in their income—however small—can have significant consequences. For example, if incomes are lower, malnutrition may worsen and, thus, the ability to benefit from access to education be compromised. Consequently, one may want to rectify the system in order not to impoverish the poor to the extent possible. The goal should be for the poorest segments of societies to be net beneficiaries—not net payers—of the fiscal system.

What is the mechanism that makes the poor pay more in taxes than they receive in transfers?

It is primarily consumption taxes that tend to impoverish the poor. Poor people pay indirect taxes such as VAT, customs duties on the imported goods they buy and taxes on tobacco and alcohol. These levies can place a significant burden on their meager resources. One can argue, of course, that levies on cigarettes and drinks are intended to improve the health status of the population. But we still need to accurately measure the impacts of all these policies and be clear about the impacts we as a society are willing to accept and tolerate. It is a question of making an informed decision.

Are these adverse effects of tax systems due to mistakes made by policymakers?

The fact that fiscal policy may impoverish the poor, when it happens, is not the result of a “Devilish” plan. Governments are not intent on making the poor poorer on purpose. Until the results of the CEQ Institute came about, this result was largely unknown. With the information in front of us, now we can assess in which cases this counterproductive outcome is a result of inadvertent mistakes or an inevitable consequence of a conscious broader policy choice.

Have developing countries changed their tax and transfer policies after finding out about your research?

Yes, in Ethiopia, for example, the government was surprised by the result that a nontrivial portion of the poor were net payers into the system, which convinced it to take action. In this country, direct taxes were paid by pretty much the entire population, including poor people. The fact that many poor were left worse off was a consequence of two factors: due to past high inflation the threshold of income at which people were liable to start paying taxes was low and the Productive Safety Net Program (PNSP)—Ethiopia’s flagship cash transfer—was well-targeted but both the coverage and benefit per household were small. In 2016, the government expanded the coverage of the PNSP to include households living in urban areas and raised the threshold of taxable personal income. While these changes may not have been enough to completely eliminate the problem, it was an important policy change to reduce the extent to which fiscal impoverishment occurred.

What should be the main takeaway for policymakers?

First, policymakers should be fully aware that fiscal policy can have exactly opposite effects on inequality and poverty: inequality can decline but poverty may increase after taxes and cash transfers. In fact, some of the policies designed to tackle inequality such as spending on education and health can be poverty-increasing if this spending requires poor people to be net payers into the fiscal system. Second, governments need to undertake a comprehensive analysis of who bears the burden of taxes and who benefits from transfers and subsidies, and to raise domestic resources in ways that minimize the impoverishment of the poor. In particular, tax systems need to significantly curb tax evasion and tax elusion by the countries’ elites, refrain from subsidizing multinational corporations and goods disproportionately consumed by the better-off, and keep consumption taxes on basic goods, if not exempt, as low as possible. Cash transfers will need to benefit the poor and the vulnerable first.

If raising resources to fund education and health spending in low-income countries may inevitably leave the poor worse off, what are the alternatives?

At the UN General Assembly of September 2015, countries around the world committed to achieve the Sustainable Development Goals (SDGs) by 2030. The proposals have shied away from acknowledging that goals have trade-offs, in particular, that raising additional revenues domestically to reach the goals in, for example, education and health in especially low-income countries may leave a significant portion of the poor with less cash to buy food and other essential goods. In such contexts, resources will need to come from elsewhere. Advanced countries and the multilateral system will need to ensure that resources (through aid and capital flows) and opportunities (through trade and migration policies) are made available to the poor, especially those living in the poorer countries in the world.

Jason Hickel: “We can end poverty by changing the rules of the global economy” 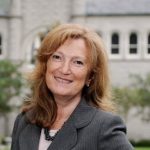