Doctoral candidate in urban and economic geography at the Géographie-Cités and Pacte joint research centers (UMR).

Development leaders view access to private property as an important tool in reducing poverty. In South Africa, where urban growth is strong, officials are struggling to meet the demand for housing. The private sector, particularly the banking sector, is decisive in establishing how people can access property. But who benefits from the loans? And what criteria are used to select them? Julien Migozzi studies the links between the financialization of the real estate market and social stratification in Cape Town.

The financialization of housing is a global trend. What’s different about how it is playing out in emerging cities in the Global South?

In many economies, housing is treated as a financial asset whose value can be exchanged, monetized and transferred. The 2007 subprime crisis in the United States was distinguished by the mass securitization of real estate loans to populations that were historically vulnerable and had suffered discrimination—it was a financialization process that occurred through the expansion of loans for the “masses”. But in emerging economies, the financialization of housing works differently, primarily affecting social strata that are much better off than the average. It’s a more selective process. In India, Brazil or South Africa, banks’ loan policies are highly conservative and restrictive.

The perception of financial risk is a social construction, a product of the countries’ social, colonial and urban histories. In emerging economies, cities are characterized by high population growth, critical increases in informal housing and generalized precarity. Risk perception in the banking sector in these economies is shaped by different sets of considerations than in northern or western cities. In addition to the ethnic, socioeconomic and geographical factors that influence risk perception and banking practices everywhere, the cadastral systems in place aren’t always complete, public institutions don’t always maintain property records, segregated neighborhoods like Cape Town’s townships are strongly stigmatized, and so on. As a result, securing guarantees like a mortgage and gaining access to credit is even more difficult for applicants for real estate loans.

Does the financialization of residential real estate help drive discrimination in emerging cities, then?

What I noticed in Cape Town is that the real estate market is acting as a new agent of social stratification. In age of financialization, it’s creating social classes. That’s because the credit market classifies people, properties, neighborhoods and so on to maximize profit and minimize risk.

Credit scoring uses algorithms to assess and rank applicants’ social and financial health, then assigns them a score on a risk scale. If the applicant’s score is bad, their interest rates will be high or they’ll be turned down. Banks can easily consult anyone’s banking profile or credit score. When that happens, a given person isn’t just a government employee or salaried worker anymore. They are reduced to a number that controls their ability to acquire financial products, or buy or rent in a given neighborhood, and more generally to live in more or less privileged circumstances. Credit scoring is shifting the dynamics of social selection in ways we don’t understand because the algorithms that assign scores are industry secrets. And this classification of consumers is happening everywhere. It’s even happening in countries like Kenya or Nigeria, where banking access is less widespread than in South Africa. When no banking history is available, businesses there are assigning scores based on people’s telephone usage: their financial circumstances are being extrapolated from how often they recharge their SIM cards and how much they put on them, or even how long their calls last.

How is this selection mechanism reinforcing existing social disparities in South Africa, or creating new ones?

It’s entrenching and complicating existing disparities. In South Africa, credit scoring is done on the basis of existing inequalities, and adding to more familiar factors of social stratification like income, race or the kinds of jobs people have. Scores tend to be much lower in poorer populations where black and mixed people are disproportionately represented. This new social selection mechanism is creating new haves and have-nots, new fault lines within social groups. As a complicating factor, it’s all the more important in societies undergoing intense, rapid social changes, including the rise of debt-saddled middle classes.

What can be done to counteract this discrimination?

Loan criteria can be more widely shared among the public sector, aid donors and the private sector. If banks alone get to define the criteria, they may exacerbate disparities because these criteria are based on existing social selection mechanisms. When aid donors finance banks in order to expand access to private property but give them free reign to define loan qualifications, their budgetary transparency is undercut by the opacity of the banks’ decision-making processes.

The banking system is conservative and is especially concerned with the risk of default. It gives access to loans on the basis of its own criteria. As a result, it’s hard to see real estate lending as a viable solution for the housing crisis or for the right to decent housing. In my view, much more vigilance is necessary in working with banks and the private sector to expand access to property.

Could the rental market be a source of solutions for housing demand?

The rental market has become the ugly duckling of development policy. Nearly everywhere, access to private property is emphasized as a means of reducing poverty. But the rental market in South African cities has seen strong growth: in Cape Town, more than 30% of the population rents. International investors are cornering this new market by monopolizing rental income. Meanwhile, public policy hasn’t been very interested in the question and has instead favored privatizing public housing, even though renting is a driving force in making cities accessible. It’s true that gaining access to private property can favor social mobility, but focusing exclusively on property leaves out a substantial portion of the population. We need to restore public housing rental to its rightful place. Policy-makers in the cities of the Global South should seize on this mechanism, in my view. 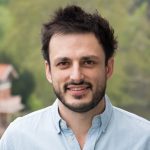 Doctoral candidate in urban and economic geography at the Géographie-Cités and Pacte joint research centers (UMR).