It is often said that the form and socio-spatial organization of cities reflect the way in which they are financed. In this sense, the 141% increase in the number of skyscrapers since 2010 is revealing of a constantly growing phenomenon: that of the financialization of city-making. Through their built environment, cities are inexorably becoming a prime playing field for financial capital. From 1991 to 2015, as Natacha Aveline-Dubach reminds us, financial investments in real estate grew from around 1 billion to 430 billion US dollars. While this phenomenon affects high-income countries above all, it also concerns the large cities of intermediate-income countries such as Brazil, South Africa, and Lebanon. It is therefore essential for development stakeholders to understand not only the main mechanisms of this financialization, but also the ways in which it transforms urban governance and exacerbates urban crises.

Private investors have long been major actors in city growth. But the period since the 1980s has been a milestone in urban production, as circulation of liquidities on liberalized and globalized financial markets has continued to increase. Asset managers (investment banks, pension funds, etc.) have started to take a keen interest in urban land and real estate, to the same extent as bonds or shares issued by States and/or companies. Their goal: to maximize the profitability, tax reductions, and risk diversification for the savings for which they are responsible.

A first form of “elite-based” financialization can be seen in the growing number of luxury towers in the downtowns and waterfronts of big cities. The financing rounds used for the construction of buildings and the purchase of condominiums have both become much sought-after investment solutions for a rich globalized elite.

A second form of financialization is “mass-based,” when some of the rental stock is purchased by financial players—for example in New York and Berlin by private equity funds—and by the ever-increasing reliance of the middle class on the use of housing loans to access homeownership. Quite often, via a securitization transaction, the credit institutions transform these housing loans into structured products sold on the financial markets.

In the last 15 years, these very mobile financial resources, which are constantly on the lookout for good short-term yields, have been increasingly driving the making of cities and metropolises in the Global South. This fact, associated with informal urbanization, poses a certain number of challenges to development and international cooperation stakeholders.

The foremost impact of this convergence of the property and finance sectors can be found on city governance. New private and public players are emerging and must now be taken into account by the international cooperation stakeholders. For example, the investment banks that build luxury developments in the centers of big cities, often via their specialized branches, are becoming significant players in city-building. In addition, when these financial intermediaries come on the scene, they drastically disrupt the economic model and the practices of the local real-estate industries. Moreover, they transform ownership structures: from Bangalore to Johannesburg, the local bourgeoisies and other historically dominant players such as religious communities and local governments are increasingly giving up control of urban land to investors who have no local roots.

At the same time, central banks are becoming ineluctable public players in the financialization of property, and they are consequently playing a key role in the organization of cities. This is the case in Beirut, where—for economic, financial, and monetary stability reasons—the Central Bank of Lebanon has for the last fifteen years or so massively organized and subsidized the development of housing loans for the middle classes, thereby contributing to intensive urbanization that combines densification and sprawl.

Housing crisis and heightened exposure to the risks of finance

The financialization of urban land and of real estate has at least two particularly harmful consequences.

The first is the growth in the gap between housing supply and demand in terms of price, standards, and tenure. Concretely, with this inflow of liquidities, the upsurge in land and real-estate prices leads to disconnection between exchange value and use value of property assets. While investors benefit from the price increase, the local population has increasing trouble in securing access to affordable housing. Furthermore, financialization affects the formal channels of housing provision, as they focus more and more on luxury properties and on bancarized homeownership, without helping to house the many low-income families with no or limited access to mortgage finance. These days, with the withdrawal of public authorities from housing matters and the constant spread of informal settlements, cities are faced with a growing scarcity in formal construction of affordable housing.

A second and serious consequence of the financialization of cities has to do with their heightened exposure to the risks of finance. We can now see greater inter-independence between property and financial cycles worldwide, during both bubble and crash periods. Real estate was, for example, at the heart of the 1997 financial crisis in Southeast Asia and also played a nodal role in the global financial crisis of 2008. In times of crisis, the vulnerable urban populations are the foremost victims of this entanglement between real estate and finance, and the first to lose their housing and jobs and to find themselves overindebted.

Thus, in both the Global North and South, financialization is a new factor of urban crisis, and financial vulnerability is an issue that must be taken up by governments, local communities, planning professionals, and stakeholders of development and international cooperation. Two recent initiatives go in that direction: the AdP – Ville en Développement network held a seminar on financialization in 2017, and the United Cities and Local Governments organization devoted a workshop on it during the Africities Summit in 2018.

Africa’s Cities: Scaling Up the Volume of Investment 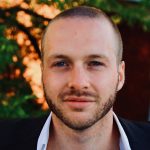