China, the world’s largest polluter, is implementing a number of mechanisms to retrofit or upgrade its huge housing stock to bring it into line with environmental standards. It is a colossal project. Terao is a French engineering company specialized in the energy and environmental efficiency of buildings and cities. It has been operating in China for ten years or so. Aymeric Novel, Director of Operations at Tereo and a doctoral student in energy efficiency at the University of La Rochelle, takes a look at China’s efforts and at the various urban systems the country is implementing to curb its urban CO2 emissions and promote green building.

China has experienced extremely strong urban development over several decades, often uncontrolled. What is the current state of buildings in the large megacities such as Beijing, Shanghai and Chongqing?

What is striking in these huge cities is the density of the built urban environment. Indeed, nationwide, the surface area of urban buildings has seen a fourfold increase in 25 years according to the China Statistical Yearbook. The first thermal regulations for new buildings date back to 1986 – and were rather modest at the time – but only became mandatory in 2005. The most recent regulations, which are quite demanding in terms of energy performance, date back to 2015. New environmental certifications were adopted following the Copenhagen COP in 2009 and today allow the integration of issues related to water management or the quality of materials.

China causes 28% of global CO2 emissions. Is it a poor student in terms of green urban planning?

Quite the contrary, it is a country that is developing a number of energy-saving building projects, which have no cause to be envious of the pilot projects developed in Europe or the USA. However, these projects, which focus on new programs, do account for a small fraction of the volume. It is a shame that China bases this type of project more on the American model with its specialized areas (residential, industrial, educational…) than on the European model, which focuses on social diversity and functional diversity. The result: many of these eco-neighborhoods are still sparsely populated and are relatively unattractive. But the main challenge concerns the extremely slow renewal of the existing housing stock: it stands at some 5% a year nationwide. This is a problem.

Is it possible to assess the pollution generated by China’s urban built environment?

Air pollution in cities caused by the urban built environment is difficult to estimate. It is most certainly well below the pollution generated by industrial activity and transport. In contrast, activity in the building sector as a whole causes 30% of the country’s CO2 emissions. By comparison, it accounts for 30% in Canada, 38% in the USA and 40% in France. This significant proportion reflects the development of China’s economy: it is no longer only dominated by heavy industry.

To address the unprecedented challenge of reducing its CO2 emissions, China is making massive investments to green its economy and punish polluters. How is this reflected in the building sector?

Several large-scale initiatives have been implemented, such as the Emission Trade System. This system, announced by the Chinese President Xi Jinping in 2015, will enter into a test period in 2019. It will be the largest carbon market in the world: it will cover about a third of China’s emissions, i.e. 3,500 million tons of equivalent CO2 when 1,939 million tons are traded on the European Union carbon market. The ETS should affect the more highly emissive industrial companies, but it should also have an impact on the large-scale construction projects for hospitals, hotels or huge shopping centers. China is also continuing to invest massively in renewable energies, which has an impact on urban planning. For example, solar energy is becoming a solution which can be more easily integrated into building or eco-neighborhood projects. Geothermal energy is also riding high where there are deposits. This integration of renewable energies into the urban built environment is encouraging. Finally, the 13th 5-Year Plan (2016-2020) clearly pushes for a strong deployment of green urban planning and energy efficiency retrofits. The national climate commitment calls for an objective of 50% of new constructions certified “Green building” by 2020. It is enormous. To speed up this transition, China is signing partnerships with a number of countries, including France.

Where exactly does the highly ambitious Green Building Action Plan stand, which was developed by the Chinese authorities in 2013?

It is a plan currently under implementation, launched by the Chinese Ministry of Construction and National Development and Reform Commission. It aims to promote energy efficiency in buildings and reduce the carbon intensity of GDP by 40 to 45% by 2020 compared to 2005. The objective is to achieve a billion m2 of new buildings certified according to the Chinese environmental certification standard called GBDL. This plan also provides for the refurbishment of some 400 million m2 of existing urban housing in northern China. Furthermore, 400,000 rural dwellings will be subject to major thermal rehabilitation works.

It is too early to say, but China is giving itself the means to succeed this transition. A subsidy system has been set up to promote energy-saving works in existing buildings. They apply to the residential sector, whereas the non-residential sector also benefits from GBDL environmental certification. Finally, Beijing is planning to scale up this type of mechanism in order to promote thermal rehabilitation in non-residential buildings by companies specialized in energy services.

Chinese civil society for a long time underestimated the impact of buildings on the environment. Have you noticed a change?

We have been seeing a real change in awareness of the pollution generated by industrial activity for some seven years now. The Chinese have realized that this pollution has a strong impact on their health. Even if all the general public do not necessarily make a connection between pollution and buildings, mentalities are gradually changing.

In your opinion, what will Chinese cities look like in 2050?

There is every reason to believe that they will be connected and smart, fully in line with China’s current objectives of technological and economic leadership, like Xiongan, this new special economic area in Hebei Province, at the edge of Beijing. It is a real high-tech hub and has been designed to relieve congestion in the capital. This area is at the forefront of what China can offer in terms of sustainable development. For example, on the spot, geothermal energy is used to heat buildings. Similar areas are under study and it is highly likely that China will scale up this type of project nationwide. 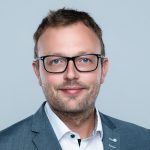