Jean-Pierre Worms, a renowned sociologist, has worked on topics ranging from “social capital”, employment areas and Prefects to local democracy. He is a man who is keen to analyze situations and has often left the offices of France’s National Center for Scientific Research (CNRS) to play an active role in the field.

This former Socialist MP for Saône-et-Loire (1981-1993), close to Michel Rocard, also co-founded the Initiatives France network of associations in 1980. This local initiative platform allocates loans to entrepreneurs starting or taking over a business in the most economically disadvantaged regions. He believes that the ultimate goal of microfinance is to facilitate access to the banking sector for the poorest.

“Allocating interest-free loans and offering hands-on support to entrepreneurs drawn from the grassroots should enable them to have access to classic credit, join the real economy and become full-fledged actors”, says Jean-Pierre Worms. “It is important not to shackle micro-enterprises in a world apart from the rest of the economy, which does not allow people to escape poverty. The survival economy must move onto the next stage: join the real economy.”

The Initiatives France network supports 17,000 business start-ups a year (and 40,000 job creations), thanks to EUR 120m of interest-free loans allocated by the network’s member associations. “When we lend EUR 10,000, we generate EUR 80,000 of bank loans”, points out Jean-Pierre Worms. In total, the multiplier effect of Initiatives France’s loans stands at EUR 900,000, which are injected into the real economies of the poorest regions every year. “The loan repayment rate stands at 98% and the business survival rate at 85% after three years. This is above the average level for business start-ups.”

Throughout the Convergences 2015 Forum, which was held from 19 to 21 September in Paris, Jean-Pierre Worms took a critical look at microfinance and regretted the relative absence of banks. He fears that microfinance, which has become an industry, will remain separate from the rest of finance. “Banks are very happy to have microfinance institutions (MFIs) to handle an entire client base which they do not want. In a way, microfinance relieves them of a social responsibility that they do not want to assume.”

And the sociologist recommends collective work between banks and MFIs in order to make projects bankable. “If we really want to combat poverty, we have to get out of the confines of this separate economy of the poor for the poor. This environment has its own tools, but in some ways it maintains a poverty that makes it possible to scrape a living, but without completely escaping poverty.” 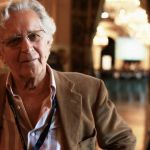