The extractive sector has a notoriously opaque reputation. According to a recent OECD study, it is the most opaque and readily corrupt industrial sector. There is a constant power struggle between States and multinational enterprises which exploit natural resources in them: from contract negotiations to exemptions, the taxation of income from resources is widely negotiated behind closed doors, beyond citizen control.

For many years, citizens grouped together in civil society organizations around the world, have been taking action to try to shed light on the extraction of natural resources: Who exploits them? For what remuneration? What use is made of extractive incomes? Do they contribute to the development of countries? To answer these questions, several hundred civil society organizations, grouped into the collective Publish What You Pay, have forced States and extractive enterprises to reveal their payments and incomes related to the exploitation of natural resources. By calling for greater transparency in the sector, civil society wants to prevent abuse and empower citizens so that they can control the management of natural resources in their own countries.


Thanks to the mobilization of civil society, a new transparency obligation was voted by the European Union in 2013, imposing mandatory disclosures on companies registered in EU Member States. In France, thousands of payments were disclosed to the public for the first time in 2016 and have been analyzed by Oxfam, One, Sherpa & Le Basic in a report “Beyond Transparency”. Companies such as Total have had to publish payments in certain countries where there had previously been no transparency standard in the context of natural resource exploitation. For the first time, this has allowed citizens to know how the natural resources in their countries are managed and who benefits from them. In other countries, this information has added to information already in the public domain. It also provides information about the distribution of the activities of companies operating in many countries.

In 2015, 40% of Total’s payments for natural resource exploitation were made to the United Arab Emirates. Source: Le Basic.

Some of these thousands of data particularly caught our attention. This is the case for Areva’s payments in Niger, a country in which Oxfam launched the campaign “Niger: who is benefiting from the uranium?” in 2013, in order to denounce the excessively favorable conditions for uranium mining by the French State-owned company, to the detriment of Niger’s population. One controversial issue is the fact that Areva benefited from a clause allowing the company to pay a uranium royalty below the statutory rate in Niger. In 2014, Niger announced a “win-win” renegotiation of this clause, assuring that Areva would now be subject to the same treatment as the others.

Areva’s mandatory declaration is the first document containing payments information to be released since this renegotiation and the facts are somewhat surprising: since the renegotiations, Areva has been paying a lower amount of royalties than before, for a similar production volume. The data published by the French State-owned company provide an understanding of what happened behind the scenes in this renegotiation in 2014: while  it announced that it was now subject to the general mining royalty regime, Areva signed at the same time a Strategic Partnership Agreement (SPA) with Niger, endorsing a raft of measures that lowered the mine’s profitability and, ultimately, reduced the royalties. As a result, Niger gets even less money than before for the exploitation of this strategic natural resource for France. Our analysis calculates a shortfall in 2015 of some EUR 15 million for Niger, i.e. nearly 9% of the health budget in the same year.

Furthermore, the analysis of the data also reveals that Areva would sell its Nigerien uranium between two of its subsidiaries at a lower price than the other exporters in Niger, minimizing its profits in the country. This results in a shortfall estimated at up to EUR 30 million a year, i.e. 18% of the health budget.

Consequently, while in 2015, 28% of the uranium mined by Areva came from Niger, the country only benefited from 7% of the total amount disbursed by Areva for the countries in which it mines uranium (see graph below).

Comparison of the share between Areva’s production and payments (2015)

For more transparency in extractive industries

In 2018, the European Union will examine the impact that particular transparency obligation has for extractive industries. While the adoption of mandatory disclosures aimed to improve the sector’s transparency and accountability, a number of studies of the payments carried out by citizens have already come into being – in particular in the context of the Data Extractors Programme developed by Publish What You Pay. From Niger to Canada, or from Burma to Tunisia, activists have dissected the data disclosed in the context of the mandatory disclosures and questioned their governments over the governance of their natural resources – but not without coming up against certain difficulties. Below are a few courses of action to strengthen the transparency standard which France should address at European level:

The mandatory declarations of French companies are currently lost in the maze of company annual reports, or classified in an obscure section of company websites. For these new data to have an impact, they need to be readily available to everyone. The creation of a centralized public register – such as those which exist in the UK and Canada – would make it easier to locate reports. The publication of reports in open formats (.CSV) – as is the case in the UK – would make it easier to reuse data.

What does a payment made by a company correspond to? Is it fair? Answering these questions requires a significant amount of work on crosschecking information about the status of the project, the partners, the production volume, etc. While some information is in the public domain, it takes time to access it. Yet this work is necessary to gain a better understanding of projects. An annex to the payment reports to governments containing this contextual information could be demanded.

It is essential to be able to compare how different companies handle each project. Our analysis has revealed a number of shortcomings which complicate the comparison: some companies unduly aggregate projects, others only report part of their payments. All companies use different rules to define what goes into each payment category: for example, a payment considered as a tax by Total could be considered as royalties by EDF. The European Union will need to provide the necessary clarifications to close these loopholes.

These data are being published in the context of a larger debate on the transparency of multinational companies, prompted by the multiplication of resounding tax scandals. To respond to this legitimate request for greater transparency, in July 2017, the European Parliament voted a text for a tax transparency measure obliging all large corporations to disclose, country by country, a number of indicators, such as their profits, the number of employees, subsidiaries, etc. The next stage is the passage through the Council of the EU and European Commission for final adoption. Even if the measure voted comprises significant exception clauses, which limit its scope in terms of transparency, it is a move in the right direction. It is imperative for France to support this new standard, with no exemption, to ensure that no grey areas remain in the extractive sector. 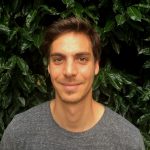