The fundamental role of finance in climate change mitigation is enshrined in Article 2.1(c) of the Paris Agreement, in which Parties agreed to making “finance flows consistent with a pathway towards low greenhouse gas emissions”. Yet, since the signature of the Paris Agreement in 2015, public finance institutions (PFIs) controlled by major G20 countries, including multilateral development banks (MDBs), bilateral finance institutions and export credit agencies (ECAs), channeled about USD 80 billion annually to support fossil fuel-related value chains – which already tops the extrapolated annual average USD 71 billion of mobilized North-South climate finance flows between 2015 and 2019 comparing figures provided in reports by Bloomberg NEF and the OECD.

In 2019, ECAs became the largest category of PFIs supporting fossil fuel investments with at least USD 25 billion support provided. Meanwhile, the International Energy Agency (IEA) stresses that achieving Net Zero emissions targets by mid-century requires immediately ceasing support for the development of new coal, oil and gas fields and states that projected energy demand can be met by cost-competitive zero-carbon alternatives. But what keeps G20 governments–which at the Naples summit in July 2021 reaffirmed commitments to the Paris climate goals–from stopping public support to the development of new fossil fuel supply through their ECAs?

Officially supported export finance is key to promote the competitiveness of domestic companies in foreign markets. This support is provided through ECAs, which are either officially mandated private companies, such as the German ECA Euler Hermes, government departments, such as the United Kingdom Export Finance (UKEF) or public banks, such as the Export–Import Bank of the United States (EXIM). Between 2015 and 2019, energy financing by major G20 ECAs is predominantly associated with fossil fuel-related value chains (see figure). Notably, 70% of this support is concentrated in only four countries – Japan, China, South Korea and Canada. Overall, the Top 10 countries provided eight times more support for fossil fuel-related activities than for clean energy through their ECAs.

Nearly half of their support consists in the provision of so-called guarantees or insurance covers, i.e., taking up risk in exchange for a premium typically paid by the exporter or banks which finance export transactions. Thus, ECAs improve financing conditions on capital markets or issue insurances, e.g., against non-payment risks due to political or economic reasons. To provide an example, in 2021, the Dutch ECA Atradius underwrote a contract between a Dutch dredging company and the French energy giant Total for the construction of an offshore infrastructure to transport natural gas from the seabed to an onshore plant with a maximum liability of over USD 1 billion. This infrastructure is part of a controversial USD 20 billion project in conflict-afflicted Mozambique in which seven other G20 ECAs are involved, including Japan´s Nippon Export and Investment Insurance (NEXI), the United States´ EXIM and the United Kingdom´s UKEF. If the violence in the region escalated and stalled the project, the exporters from these countries could retrieve their losses from the ECAs. Thus, the de-risking intervention through an ECA is often key in making large-scale and risky projects happen and in mobilizing private and public co-finance. Today, narrowly defined mandates of ECAs and lenient climate change-related regulation in export finance enable their involvement in fossil fuel projects and significantly contribute to a global carbon lock-in.

The most relevant international policy framework for export finance is the OECD Arrangement whose purpose is to foster fair competition – the so-called “level playing field”. The framework restricts support for the most polluting coal-fired power plants (or components thereof) while falling short of fully banning them. For comparison, the EU working group on Sustainable Finance recommends a technology-agnostic and declining threshold of 100gCO2e/kWh for a power plant to count as “sustainable” effectively ruling out support for all fossil fuel-fired electricity generation without carbon capture and storage. Moreover, the OECD arrangement does not restrict oil and gas value chains at all.

Reasons behind this climate-related leniency are manifold. One reason of this weak regulation is competition with China. If a major economic block, like the OECD, suddenly withdrew from fossil fuel-related value chains in export finance, non-OECD members, like China, are feared to “jump in” and gain disproportionate benefits. Another reason is the generally poor understanding of trade-embodied emissions and their attribution to intermediary finance actors or insurers, like ECA. This is why claims of absolute decoupling between economic growth and GHG emissions were found “hollow”, even in the Nordic countries. Finally, governments fear to lose domestic jobs and therefore oppose far-reaching reforms to export finance. However, also this argument was rebutted when demand for more labor-intensive renewable energy sector exports is spurred, e.g., as demonstrated for the UK. Taken together, it is high time to acknowledge these challenges and turn them into opportunities by creating a sustainable level playing field in line with the Paris Agreement.

Defining alignment with the Paris Agreement: what should not be done

The OECD – ideally in partnership with China – should promote a pragmatic and precautionary approach for defining “Paris alignment” of public finance institutions (PFI) and export finance – pioneering the entire financial sector. It should start with a definition of activities to be phased out, i.e., value chains which directly or indirectly undermine the Paris climate goals. Following the latest pathway defined by the IEA to achieve Net Zero targets this means that with immediate effect support to the development of new fossil fuel fields, including coal, oil and natural gas, should cease. For any financial institution, “Paris alignment” should therefore mean, on a minimum level, to stop support for the development of new fossil fuel fields and related value chains. For ECAs this implies an immediate stop of underwriting contracts for the export of equipment, technology or services potentially used for new fossil fuel extraction – irrespective of the type of fossil fuel. Going beyond fossil fuel support phase out, a comprehensive Paris Alignment methodology for ECAs was developed by Perspectives Climate Research and can serve to identify key gaps and ways forward to bridge them.

Towards expressing high ambition at COP26 in Glasgow

PFIs have a special responsibility to contribute to a just and transformative post-COVID recovery since their shareholders or principals represent Parties to the Paris Agreement. Therefore, PFIs, and especially ECAs, need to move faster than other financial actors and urgently phase out public support for the fossil fuel value chains. Doing so would enable PFIs to take the role as frontrunners given the inertia of private banks regarding the transformation of global finance. Governments should urgently form coalitions of the willing in order to create a climate friendly dynamic even if it means that short-term economic benefits might accrue to outsiders for some time. The emerging initiative “Export Finance for Future (E3F)” is a first step in this direction, although its current mitigation commitments remain vague and fragmented. COP26 provides the opportunity for frontrunners to define concrete timelines for phasing out ECA support to fossil fuels, and a clear roadmap to fully align export finance with the 1.5°C target. 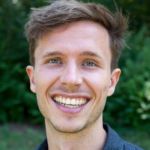 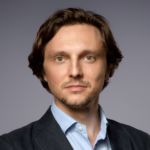 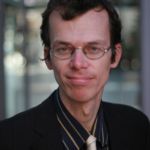