What Policy(ies) to Meet the Challenge of Urban Precariousness?

Home Events What Policy(ies) to Meet the Challenge of Urban Precariousness?

According to UN Habitat, a billion city dwellers are today living in slums. The figure is expected to double by 2030 if nothing is done. 90% of these urban dwellers live in the “South”. What are the benefits and drawbacks of the various rehabilitation operations? How to promote the emergence of social public policies that aim to fight against urban precariousness? These questions were debated at the Agence Française de Développement.

According to UN Habitat, a billion city dwellers are today living in slums. The figure is expected to double by 2030 if nothing is done. 90% of these urban dwellers live in the “South”. This growth poses problems of urban precariousness. It challenges the conventional vision of the city and urban public policies. Providing a rapid and effective response is becoming a concern for a number of actors, but how? Various solutions are being implemented, from very minor rehabilitation to total demolition, and including restructuring operations, which displace part of the housing stock.

On-site rehabilitation operations in precarious neighborhoods are of interest because they improve living and housing conditions, while maintaining residents on site. They send a strong political signal, recognizing “informal” communities and neighborhoods, which are often stigmatized. While they provide a response to the challenge of housing, these operations give rise to a lot of reticence on the part of decision-makers and are often perceived as being temporary or curative. They would appear to be a solution “while waiting to do better”, which often means eventually demolishing the neighborhood.

What Policy(ies) to Meet the Challenge of Urban Precariousness?

With increasing global urbanization, clearing precarious housing areas poses a major challenge for cities. It is impossible to consider a single response to the phenomenon, as situations differ enormously. GRET and AFD “give priority to in situ rehabilitation”, but do not oppose the two approaches. While there are many conditions for the success of these operations, two appear to be particularly important: the participation of residents throughout the process and a political will to include these communities and neighborhoods in the rest of the city.

The visible precarious housing areas are “symptomatic of a two-speed development of cities in the South” (Amandine Dukhan). Their residents face various forms of exclusion or insecurity: land tenure insecurity, related to the illegal and informal nature of constructions and occupation; territorial inequalities, which deprive part of the population of basic facilities and public services, and thereby hamper their mobility; finally, socioeconomic exclusion, as these neighborhoods concentrate the poorest communities and a majority of informal employment.

Consequently, it is necessary to “recognise that [these neighborhoods] participate in the urban fabric” (Amandine Dukhan). This is for reasons of equity: “A majority of communities in precarious neighborhoods receives a tiny minority of public resources” (Agnès Deboulet). But also for reasons of pragmatism: indeed, “there will be two billion slumdwellers by 2030” (Virginie Rachmuhl). There is an urgent need to integrate these communities, with a view to a balanced development of urban centers. Furthermore, it is a “question of territorial justice and wealth distribution” (Agnès Deboulet).

Diagnostic needs to be established on a case-by-case basis

The essential prerequisite for effective and coherent urban planning and management already involves making the existence of precarious housing areas visible on maps: for example, “in Kenya, in Eldoret, the city’s Master Plan did not show the precarious neighborhoods” (Amandine Dukhan).

Subsequently, as “there is no common magic solution” (Moh Rejdali), defining redevelopment projects for these neighborhoods requires identifying their specificities. “Contrary to the tendency to standardize [and] the orthodoxy of the orthogonal city” (Agnès Deboulet), a fundamental prerequisite is to recognize the historical, cultural and geographical heritage… that is specific to each area. For example, from one country in the Maghreb region to another, specific characteristics can be seen: “Unlike the other countries in the region, precarious neighborhoods in Tunisia are not slums”. These legacies in particular explain the “diversity of rental statuses and hybrid statuses of land tenure” (Agnès Deboulet): recognizing this allows the land tenure issue to be understood in all its complexity.

Finally, the only way to move towards sustainable and appropriate solutions is to take the views of those who are most concerned into account: the participation of the residents of these neighborhoods makes it possible to “rely on local dynamics” (Virginie Rachmuhl).

What concrete solutions are available to the actors involved? From “rehousing to rehabilitation, including land-sharing practices that are typical of countries with Anglo-Saxon traditions, there are a whole host of urban planning approaches to be taken into account” (Agnès Deboulet).

The redevelopment of a neighborhood comprises several components:

“Nothing is possible without a real political will and a contracting authority that leads the project over the long term” (Amandine Dukhan). The latter must include several aspects.
It requires reflection on the spatial scale of the operation: in Morocco, for example, “precarious neighborhoods must be treated on the basis of a regional and not local design” (Moh Rejdali). It must also be conducted over the long term, based on careful planning: “Cities are usually planned and then built; cities in the South are built and the planning is conducted through a catching-up process” (Virginie Rachmuhl).

Finally, “the real challenge is prevention so that only the ancient and historical centers need to be rehabilitated” (Fethi Mansouri). 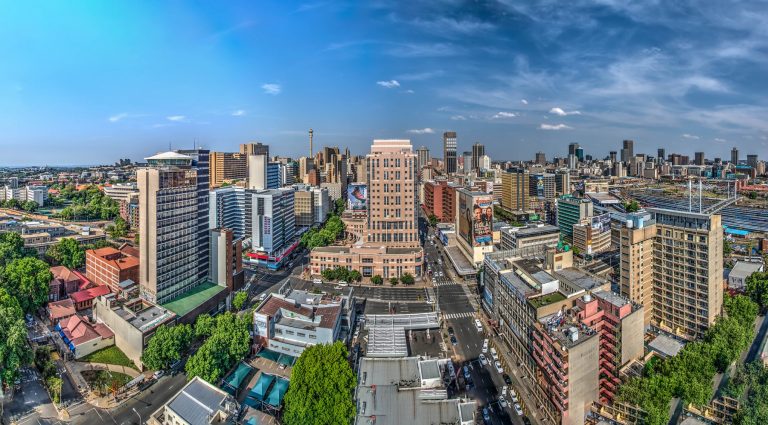 Gilles Yabi
Political Analyst and Economist, founder of the ...
Read