How to strengthen actors who have the potential to bring about change?

Home Events How to strengthen actors who have the potential to bring about change?

Development projects often fall far short of achieving all the initial objectives and their long-term post-project impacts often need to be treated with caution. One of the main limitations to their effectiveness is the failure to take sufficient account of the local context, actors, their values, their real aspirations, and their desire to build their capacities to achieve them. There is currently growing awareness of the need to develop the way in which capacity building is “devised”. What is our objective with capacity building? How to go about achieving it?

Development projects often fall far short of achieving all the initial objectives and their long-term post-project impacts often need to be treated with caution.

One of the main limitations to their effectiveness is the failure to take sufficient account of the local context, actors, their values, their real aspirations, and their desire to build their capacities to achieve them.

The implementation of development projects comes up against conflicting imperatives: firstly, the need to take swift action and gain a thorough understanding of the context, the actors on the ground, the drivers for change, etc.; secondly, the need to build the capacities of actors over the long term, support endogenous and sustainable processes, and show rapid results.

Consequently, there is currently growing awareness – including at AFD – of the need to develop the way in which capacity building is “devised”. In addition to strengthening individuals (particularly through training) and organizations (particularly through technical assistance), the objective is to build a society’s capacity to manage its own affairs.

If this approach is fully implemented, it is akin to fully-fledged support to local actors who are responsible for bringing about the changes expected from a project. It takes time. It often involves several actors at different levels. It requires being extremely responsive to needs and improved implementation methods (training pathways, evaluation of learning achievements, South-South networking, etc.).

How to strengthen actors who have the potential to bring about change?

The conference will be coordinated by Sandrine MERCIER, journalist, with the participation of:

The conference was introduced by Laurence Breton-MOYET, Executive director in charge of operations at AFD. The debate was coordinated by  Sandrine MERCIER, journalist. The speakers were Benoit-Xavier Loridon, Director of Initiative Développement, member of F3E and PRISME ; Marie Hélène Nedelec, Vice-President of Nantes Métropole ; Daniel Neu, Head of the “Social Policies and Citizenship” program at GRET ; Jean-Marc Pradelle, Project Officer in the Capacity-Building Support Division at AFD andAmadou Saley Oumarou, High Commissioner for State Modernization, Niger.

The aim of strengthening actors who have the potential to bring about change is to improve the “ability of people, organizations and society as a whole to manage their affairs successfully” (OECD definition). It is a way of promoting the empowerment of aid recipients. The approach is often referred to as capacity building and has now been included among the Sustainable Development Goals adopted by UN countries in September 2015. It involves reconsidering crucial issues: the sustainability of development projects, the relevance of financial tools, the evaluation of long-term impacts and the status accorded to aid recipients.

Capacity building: A diversity of approaches…

Several channels are used to build the capacities of actors who have the potential to bring about change. It “focuses on the organization” and can refer to the allocation of material resources – “computers, vehicles, or any other resources that can make the [organization’s] work more effective” (A. Saley Oumarou) – or the provision of “technical assistance to support the contracting authority” (L. Breton-Moyet). It focuses on people and involves “developing their know-how by providing them with tools and techniques which will allow them to achieve clearly defined results” (A. Saley Oumarou). Finally, it has another aspect, which is more related to the notion of good governance: it aims to improve “the way in which institutions function and the effectiveness of public policies” (L. Breton-Moyet).

…and the involvement of all development actors

The process fits in with systems of relations involving all development aid actors. It may concern “bilateral relations between an NGO which is providing support and an NGO which is supported”. A Northern NGO such as Initiative Développement, which builds partnerships in Togo and Chad, is part of this type of approach.

But the circle extends much further than civil society organizations. Donors can intervene by both providing financial support to Northern NGOs and directly positioning themselves as “actors who give impetus to public policies”, or partners of private actors in Southern countries: their projects often include technical assistance or training components, or support governance (L. Breton-Moyet). It is for this reason that AFD set up a Capacity Development Support Division “nearly 10 years ago, when [it] was required to manage technical assistance financing” (J.-M. Pradelle). This Division conducts research on the most effective way in which AFD can combine capacity building actions with the projects it implements.

French regional and local authorities also work on strengthening their partners via decentralized cooperation: “strengthening local governance” is a major component of the projects supported by the Urban Community of Nantes in Guinea, Cameroon and Haiti. It helps local authorities in the South “assume the competences devolved to them, such as establishing sustainable public services”. It also takes on “the role as a facilitator and coordinator” by working to “promote South-South dynamics”: the different partners make efforts for their mutual reinforcement via experience-sharing seminars (M.-H. Nedelec).

Capacity building creates a conflict between two types of temporality, that of the project and that of deep-seated change: “It is not possible to simultaneously work on a 2 to 3-year project, with quantitative indicators, and support an actor” over the long term, after the project (B.-X. Loridon). This is because this support process has specific characteristics: it “operates in an iterative manner, step by step” (D. Neu), and requires “from 6 to 10 years, depending on the actors” (B.-X. Loridon). Yet it is essential in ensuring that the actions taken are sustainable: if beneficiaries do not have the capacity to “take charge of” projects themselves, these projects only have a limited impact (A. Saley Oumarou).

Another key issue, which especially concerns donors, is the implementation of more appropriate financial tools: at the moment, “[those] available to NGOs are not entirely suited” to capacity building actions (D. Neu). Public actors in the South face the same obstacles: in Niger, “many funds have been closed without even 50 or 60% of them being used” (A. Saley Oumarou), because donors do not always take into account the specific needs of their local institutional partners.

Generally speaking, capacity building needs to move towards taking better account of local contexts and the needs of actors in the South. Donors all too often launch capacity building programs which primarily aim to ensure that “the rules they lay down [themselves] are respected” (D. Neu). “The decisions taken in [project] steering committees are taken without the knowledge of the main recipients” (A. Saley Oumarou).

Yet a change of approach can improve impacts on communities. In Chad, under a girls’ education project, Initiative Développement “brings together groups of actors in order to come up with a collective vision of change”. Rather than providing training on gender conducted by Western consultants, the NGO assists mothers who “themselves consider actions […] with the potential to bring about change”, and this has a very pragmatic dimension.

This change in perspective involves taking a risk for actors from the North. As “when we assist a partner, it is what he wants which will count” (B.-X. Loridon): if he gets the definition of his needs wrong, the NGO which is assisting him and the donor who is financing him are exposed. However, the fact that “users and citizens have a say over the services intended for them and over public policies” is the “right regulation system” for development projects (D. Neu): aid recipients are the most legitimate to validate them or, on the contrary, recognize that they have failed.

Toward a science for sustainable development

Tribune
Jean-Paul Moatti
Chairman of the Board and Chief Executive Officer ... 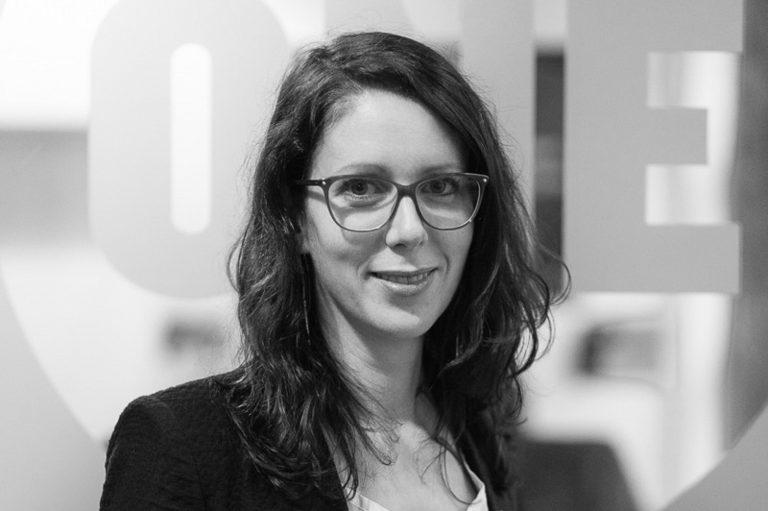 Innovate for sanitation: A pressing need!