Can microfinance finance housing for the most vulnerable populations?

Accueil Can microfinance finance housing for the most vulnerable populations?

Microfinance has for a long time been unsuccessful in facing the barriers posed by the issue of financing housing. Today, new methods for interventions are being introduced and are opening up prospects for achieving it. Can microfinance offer this type of service in a sufficiently sustainable and massive manner? This question was debated at the Agence Française de Développement.

Having decent housing is an essential need and core development issue. Improving housing clearly has an effect on the living conditions of populations, but also on their health, their access to education, their assets, their security and their ability to see a future for themselves. The need for access to decent housing is driven by endemic population growth and will concern 3 billion people, i.e. 40% of the world’s population, by 2030. It will require a minimum investment of USD 420bn. Given the fact that it is impossible for public authorities to address this challenge alone, mobilizing such amounts and ensuring that those who need them have access to them requires mobilizing all stakeholders, both public and private, in order to come up with innovative financing solutions that take into account the different terms of the complex equation posed by the issue of affordable housing.

The traditional financial sector continues to be reluctant to finance housing in developing countries, as the investment is perceived to be volatile and risky. While microfinance, for its part, is one of the main tools to reach populations excluded from the banking sector in a massive and sustainable manner, it has for a long time been unsuccessful in facing the barriers posed by the issue of financing housing. Indeed, it lacks long-term resources, appropriate methodologies, technical skills and the operating expenditure associated with the development of a housing finance product, which discourages initiatives. Today, new methods for interventions are being introduced and are opening up prospects for achieving it.

What assessment can be made of these recent initiatives? Who benefits from them? Can microfinance offer this type of service in a sufficiently sustainable and massive manner? Under what conditions? Is it not more the role of banks or of the State?

This conference is co organised with the Club microfinance Paris.

The debate was organized in partnership with the Paris Microfinance Club and coordinated by Emmanuelle Bastide, journalist at RFI. The speakers were  Isadora Bigourdan, Housing Finance specialist at Agence Française de Développement; Nelly Defo, Head of Investments and Innovative Products at Shelter Afrique; François Perrot, coordinator of the Affordable Housing Program at Lafarge; Ghislain Auger, Desjardins International Consulting Agency for Development (DID).

By 2030, three billion people will be living in sub-standard housing. Housing is a central development issue. Microfinance can provide innovate tools to address the needs of populations. Housing microfinance, a sector whose specificities still pose a challenge for MFIs, now needs to be structured and professionalized.

Microfinance faced with the challenges of poor housing

“By 2030, 3 billion people will be faced with sub-standard housing”. To meet the challenge of poor housing, “it would be necessary to build 96,000 houses a day worldwide” (Isabelle Bigourdan). In this context, microfinance is a credible resource in countries in the South. While countries are not sufficiently mobilized – as in Africa where “[they] have other priorities” (Nelly Defo) –, and “the traditional banking sector dedicated to financing housing is very residual”, microfinance marks the appearance of new private actors. In terms of housing, it is likely to meet the needs of categories of the population which already have some financial resources, with those who have “no income being supported more by either public social programs or by NGOs” (Isadora Bigourdan).

Microfinance programs provide pragmatic responses to local issues. In the aftermath of the 2004 tsunami, Lafarge wondered whether it was possible to “develop a project with low-income populations”. Today, the cement manufacturer “offers over 1,000 credits a month via some thirty partner microfinance banks in a dozen countries” (François Perrot): it helps populations to build their housing and thereby opens up new markets. The Desjardins agency, which supported MFIs that meet “the entrepreneurial needs […] of small traders from the informal sector”, has adapted its range of financial services: in order to ensure that the latter do not finance their real estate projects by mobilizing their company’s working capital, Desjardins “has designed a product […] that finances housing in an appropriate manner” (Ghislain Auger). AFD, for its part, meets the concrete demand of local populations by supporting MFIs that “organize the financing of [housing] constructions in stages” (Isadora Bigourdan).

Microfinance requires “conducting an effective mapping of the market” (Ghislain Auger). It is necessary to have a clear vision of the creditworthiness of the populations in question. MFIs know the field very well: “Very often, housing loans are allocated to people […] who have been members of the MFI for several years” (François Perrot). A personalized follow-up is especially important because “the land guarantee is not useful or used very much at all” (Nelly Defo). “Guarantees from family or friends or through securities work better” (Isadora Bigourdan).

Involving populations in the preparation of projects particularly allows a good balance to be struck between their desires and the resources available to builders: “When we design the house with them, we can propose alternative solutions that they would not have thought about” (François Perrot).

Innovate by knowing how to take risks

Microfinance housing loans are not the most risky financial products: “the loss rates are three times lower” than for business projects (Ghislain Auger). However, “they are loans with longer terms, for higher amounts and are subject to a guarantee”. These are all aspects “that MFIs are not used to dealing with” (Isadora Bigourdan). Consequently, in order to provide appropriate products “the keyword is innovation” (François Perrot).

For example, Shelter’s range of services combines typical microfinance tools – a sector “which often has group-based lending methods” – and others that are more specific to housing issues: “we see that the home improvement loan for households is more an individual loan” (Isadora Bigourdan). The institution adapts to several types of actors: it lends to cooperatives which are “very interesting for populations with informal and irregular incomes”, the model of which is developing in East Africa, both for “institutions or financial intermediaries who lend to households” (Nelly Defo).

Possible ways of initiating a scaling up

For microfinance, “the challenge lies in scaling up” (François Perrot). But there are several stumbling blocks. The picture is unclear over the scope of microfinance housing loans: under this name “we include […] everything that is not conventional banking microcredit”. This poses problems of legislation, even in countries like Nigeria, which is reviewing its housing policy in order to protect MFIs (Isadora Bigourdan). Other issues include: “a major problem of capitalizing on the growth of this credit” (Ghislain Auger), or the lack of robustness for certain products: “MFIs see the market potential and do not make the effort to structure the product for the long term” (Isadora Bigourdan).

There are many possible ways for this scaling up. It is necessary to mobilize governments more: “Legislation must ensure that there is a fluid business environment for all parties” (Ghislain Auger). In terms of financing, it is important to “mobilize local savings as much as possible and facilitate the conversion of savings by loans” (Ghislain Auger).

Education is also a key issue: the financial education of households, so that they can “understand their commitments and obligations and those of MFIs” (Isadora Bigourdan). Activities to train the institutional operators themselves are also important, such as the “mobile school for housing microfinance”, which aims to “train MFIs (in Kenya)” (François Perrot). What is at stake is the professionalisation and structuring of housing microfinance in order to make it “a fully acknowledged sector” (Ghislain Auger). 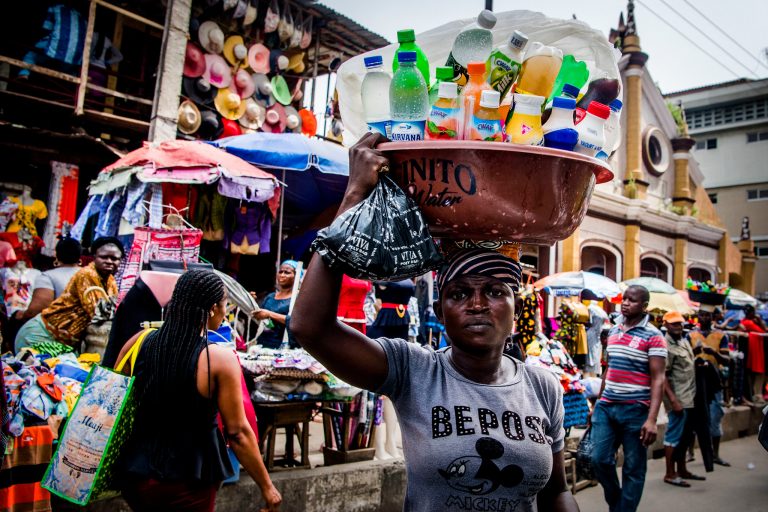 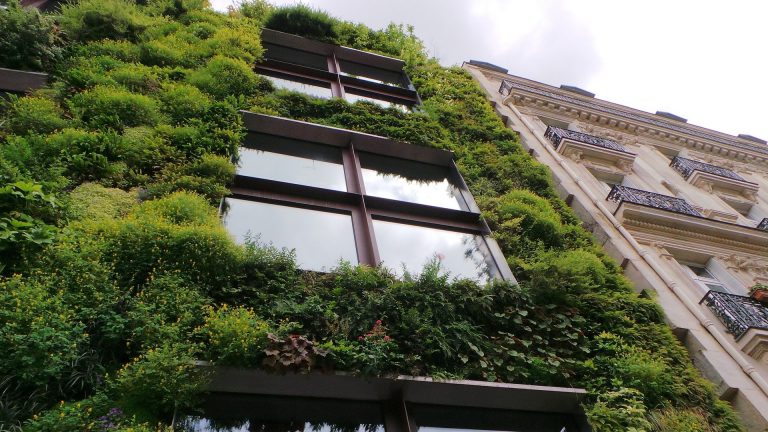 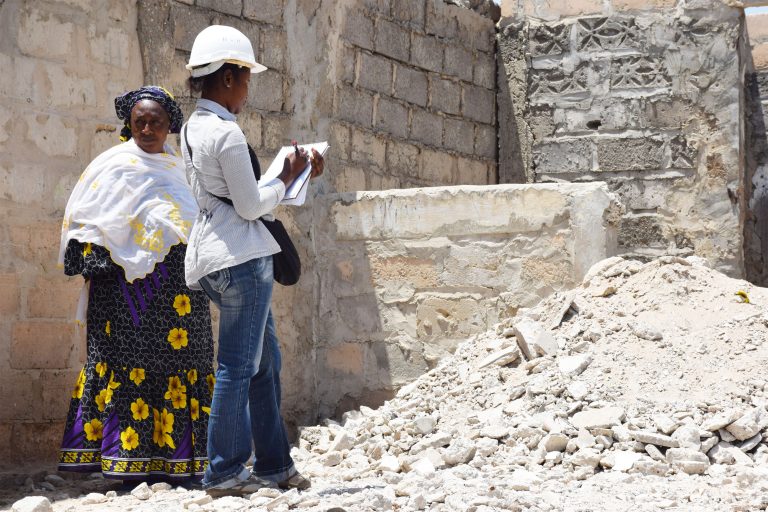 Urban citizen funds, a means to improve housing in Dakar 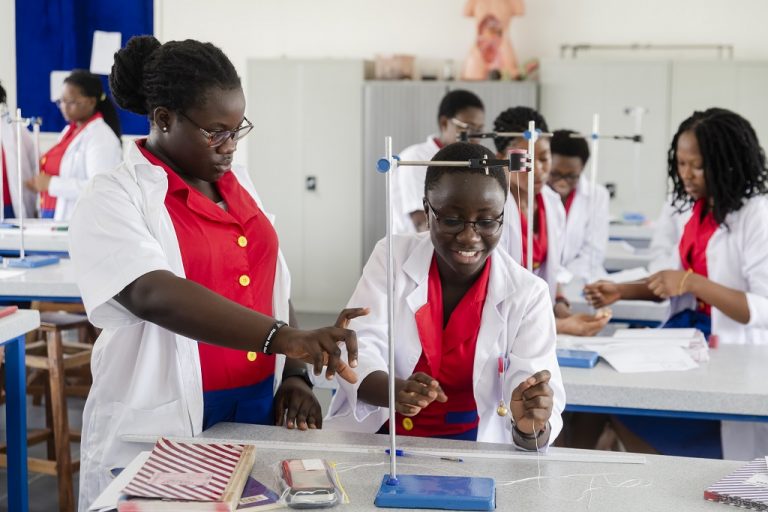 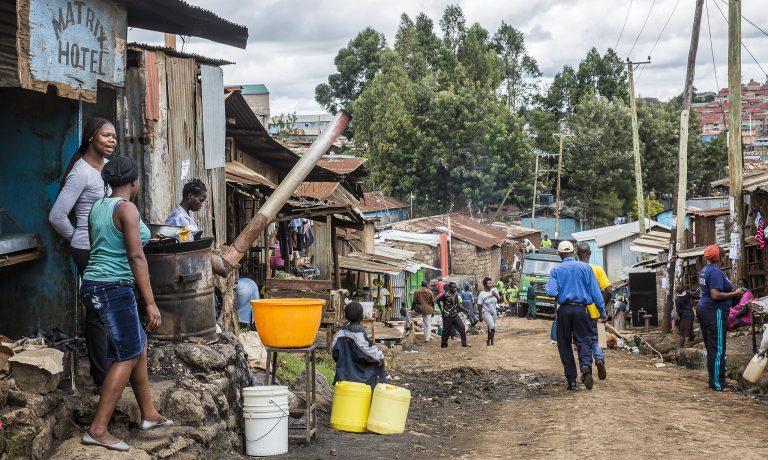 "Capitalism must make social justice one of its goals"

Microfinance: A source of inspiration for digital finance