philosopher, Director of research at INRAE

Before your book Qu’est-ce qu’une plante ? Essai sur la vie végétale (“What is a plant? An essay on plant life”, Seuil, 2020), your work was dedicated to animal issues. What got you interested in plants?

It was a feeling of exasperation that pushed me in that direction. With the success of several books on the communication capabilities of trees (The Hidden Life of Trees by Peter Wohlleben, Plant Intelligence by Stefano Mancuso), I saw the rise of a kind of “neo-animism” giving plants the same capacities as animals, or even as humans. There is strong appeal in the idea that trees are capable of mutual aid, willpower or even suffering. We like to believe that our plants enjoy listening to music, for example. But this is the result of anthropomorphism, in other words attributing human qualities to things that are not human.

These beliefs about plant life are not scientifically established and contribute to an argument that is often used against vegetarians: “And what about the plant’s suffering?” As a philosopher committed to defending animal rights, this lack of distinction worries me. Thus, it seemed important for me to clarify the criteria behind the distinction between animal life in the broadest sense – including humans – and plant life. That is why I wrote this book.

This indistinction has been around for a long time in environmental philosophies promoting the vague and diverse notion of “natural entity”. Some legal experts have proposed giving special status to areas such as lakes, mountains and other ecosystems. It is not so much a question of protecting the animals that live there, but rather of protecting “nature”, living beings, natural entities and entire ecosystems. These concepts appear to me to be far too broad because they do not make any essential distinctions between a rock, a flower and a mammal.

What are plants, and how do they differ from animals?

Plant life and animal life are radically different. First of all, plants are not individuals as such. An individual is characterized by the fact that it is indivisible: if you cut it in two, you kill it. An individuated living being has a start of life and an end of life, and between the two it has the experience of its own life, which I call an existence. But a plant is not an individual. If you cut it in two, it doesn’t die, it just divides. In the plant world, reproduction often occurs through a process of division.

A plant is a lifeform that is indifferent to what happens to itself, with no concept of itself. Plants do not live their lives in the first person. They do not move, they are moved by various tropisms. We must distinguish between the life lived in the first person by animals, mortal beings with self-consciousness, and the indifferent life of plants.

Making our relationship with animals central to ecological transition

Among the researchers working on plant life, almost no one defends the idea that plants may experience suffering. Their sensitivity is merely responsive, it is not felt and lived in the first person as it is for humans and animals. The image of an intelligent, suffering plant is only put forward in the bestselling books I mentioned, but it is strongly criticized by the research community.

You say that this discourse on plants is launching a “new counterattack on the animal rights cause”.

Yes, by making all life forms equal, the proponents of a plant ethic are causing harm to the animal rights cause, whether they mean to or not. If everything suffers, if man cannot go without inflicting suffering on other living beings, why worry about animals? This reasoning, used by Peter Wohlleben, invites us to absolve ourselves of an overly demanding moral framework. It frees us of that mounting moral concern for animal suffering.

This lack of distinction between living beings is problematic because we do not preserve plants for the same reasons that we protect animals. We must save plants and ecosystems for environmental reasons, and I would add to defend the beauty of this world. Animals are also part of the beauty of this world. But the animal issue lies elsewhere, on a moral level. I agree with Jean-Jacques Rousseau who, in the preface to his Discourse on the Origin and Basis of Inequality among Men, states that sensitivity – a being’s ability to feel pleasure and pain – is the fundamental provision for granting rights. This means that all sentient animals have rights, but not plants.

Since 2015, animals have been recognized as “sentient living beings” in the French Civil Code. What progress does this represent for animal welfare?

The definition of animals in French law changed with article 515-14 of the Civil Code. Before that, they were considered as personal property with a function assigned to them. Now, they are defined for what they are: sentient living beings. However, they still come under the property regime, i.e. the legal fiction is used to treat them as if they were simple objects. French animal rights law is therefore based on a contradiction. Lawmakers have recognized that animals are sentient beings, but this does not consequentially give rise to any rights. Today, animals are still exploited and subjected to the worst kinds of treatment. Is it legitimate to resign ourselves to such violence? 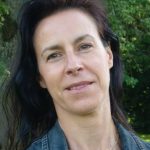 philosopher, Director of research at INRAE