West Africa is currently experiencing its first epidemic of the Ebola virus disease (EVD), a disease which was previously unknown in the region. Health services were very rapidly overwhelmed. The epidemic quickly spread to Guinea, then Sierra Leone and Liberia. The major cross-border circulation of EVD, and its spread to the overpopulated capitals of the three countries, have seriously deteriorated their economic situation.

In Guinea, the French Red Cross took swift action (as early as in March 2014) to help the Guinean Red Cross scale up preventive community activities to support the Ebola treatment centers (ETCs) set up by Doctors without Borders – Belgium (MSF-B).

In the summer of 2014, the international community mounted major efforts following the Guinean Government’s appeal for assistance and the alerts made by MSF-B and subsequently the World Health Organization. The importation of cases of EVD into Western countries by caregivers contaminated during their mission in Africa also contributed to this awareness of the danger of EVD and of the urgency to control its spread. International actors consequently took large-scale action in the three countries affected by Ebola.

In Guinea, the French Red Cross, with support from the French State, rose to the challenge of treating EVD patients, first of all in an ETC in Macenta in the Guinea Forest Region, the epicenter of the epidemic, then in a second center in Lower Guinea.

At the end of December, the epidemic had declined, but without disappearing. The mobilization of all actors certainly contributed to this, both at the community level (by sensitizing and informing communities, securing funeral rites, monitoring cases of contact…) and medical level (increase in the number of dedicated Ebola treatment centers, improved medical treatment).

Reduce the fatality of the disease

Experience over the past year has shown that the fatality rates for patients infected with EVD are extremely variable: from 40% to 80% depending on the treatment conditions in the different ETCs in Guinea. These high rates are often attributed to the late arrival of patients in the ETCs, but also to the fact that patients are treated on the basis of minimalist and overly rigid treatment protocols.

From its experience in Guinea, the French Red Cross has identified two main areas for improvement in patient treatment: a development of biosecurity protocols and an improvement in treatment protocols.

In the field of biosecurity, new individual protective clothing should be tested (respirator hoods), which allow a continued and comfortable presence for caregivers and visual exchanges with patients. Procedures for dressing and undressing by third parties should be considered, as they are less constraining and just as secure. Similarly, the use of alternative solutions (wipes, vomit bags with a funnel design) to replace “spraying everything” needs to be documented and generally implemented. Finally, it is necessary to work on devising solutions to improve patient monitoring in order to be more responsive in terms of treatment. These systems need to ensure that caregivers do not enter into high-risk areas and to reinforce remote observation both day and night (thanks to plexiglass corridors or camera systems).

In terms of treatment protocols, it is essential for patients to be rehydrated on the basis of therapeutic standards and nursing care similar to an intensive care unit with continuous 24-hour care. Laboratories must not only rely on an Ebola diagnosis. It must be combined with a systematic biological monitoring, including ionograms, biochemistry, CBC, and differential diagnoses (malaria, Lassa fever, typhoid). This allows for therapeutic strategies adapted to the severity scores of the patient in order to ensure that there is consolidated treatment for the patients who are most likely to survive (no kidney or multi-organ failure). This biological monitoring helps the doctor to prescribe an early, massive and appropriate rehydration, with a correction adjusted to hydro-electrolytic disorders. It also completes the regular reassessment of the patient’s condition, further increasing the chances of the patient’s recovery. The early use of the Favipiravir antiviral drug for all EVD patients is also recommended.

The first results of the JIKI clinical trials conducted by INSERM in 4 Ebola treatment centers in Guinea are encouraging for the people treated at an early stage with a low viral load (CT>20). Placing rapid or semi-rapid diagnosis virus detection tests on the market could complete the medical aspect of the treatment of EVD, even though it is likely that the sensitivity will be insufficient to rule out a negativity of the test.

Today, we are seeing a general reduction in the spread of the virus. However, it should be noted that there has been a rise in the number of cases in certain specific regions in Guinea and Sierra Leone. It is to be feared that Ebola will chronically take hold in the region, like the epidemics that have periodically occurred in Central Africa since the 1970s. Consequently, it is essential to strengthen health systems in order to prevent a new epidemic, or at least be in a position to contain its spread and maintain the capacity of establishments to carry out all their activities. The priority is to strengthen health structures in order to ensure the biosecurity of patients and caregivers, more effectively screen patients, isolate suspect patients and promptly refer them to the dedicated treatment centers.

At the same time, a response mechanism to the epidemic needs to be developed in order to provide a rapid and flexible response, adapted to the scale of the epidemic outbreak and its geographical location. This requires setting up a reliable warning system with a nationwide network. Transportable technical means need to be pre-positioned: mobile laboratories, standardized treatment kits. Medical and paramedical staff must be trained to operate these systems (initial and continuous training). Finally, sites allowing a rapid deployment of these pre-positioned response mechanisms must be identified and set up.

Strengthening existing health structures and setting up rapid response mechanisms requires considerable financial resources from the affected countries and international community, in addition to the financing mobilized for the emergency response. If we do not invest in prevention against Ebola and, more generally, viral epidemics, we are liable to face new major health crises, the consequences of which go well beyond the direct victims of the disease, hampering economic development in the affected countries and creating new areas of political instability. 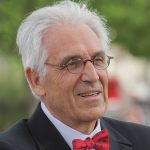