What is the electrification rate in Niger?

What explains this low electrification rate?

It results from a combination of several factors. First of all, it’s important to note that because our country is quite vast, we have to create a network structure with very long lines, extending over several hundred kilometers. If Niger’s electrification efforts in the past several years had occurred in a smaller country such as Rwanda, Mauritius, or Cape Verde, we would have already reached an electrification rate of nearly 80%.

After having invested a great deal in building the network’s structure, we are now working on extensions and connections. We think we will reach an electrification rate of 26% of the population in three years and 80% by 2035, as stated in the National Strategy for Access to Electricity (SNAE). To do so, we will need to raise around 1,000 billion CFA francs in the next 15 years, though we already have at least 30% of this amount.

What are the other factors you referred to?

Is electrification a priority for the Nigerien government?

Public investments in electrification are still clearly inadequate. Mahamadou Issoufou’s government had planned to electrify 500 sites during his first term, and 1,000 during the second. But as soon as he came to power, security concerns shifted the government’s priorities: in 2001, he had to address the Libyan crisis, then the crisis in Mali in 2012 and 2013, and the threat of Boko Haram in the East.

As a result, the financial resources for electrification in our country come largely from Nigelec’s own funds, which I manage, and from funding agencies such as AFD, the European Union, the World Bank, the African Development Bank (AfDB) and the West African Development Bank (WADB). With the prospects of oil exports starting in 2022, we expect the State’s resources to increase and massive investments to be made in the electricity sector to make up for lost time.

In regard to security, would you say that electrification is also a strategic investment?

Absolutely. In cities, it provides security and reduces crime, which is a real scourge. It is also a way of fighting against migration: when people have access to electricity, they are able to develop economic activities. In terms of health, electricity is obviously essential for healthcare facilities.

And this is a less obvious point, but electricity also helps reduce population growth. In a country where polygamy is permitted, it has been shown that the number of births increases in places without electricity, where there are fewer activities and where people go to bed at around 8 or 9 PM. Electrification therefore offers cross-cutting benefits. After decolonization, we should have started with that, as did countries in the Maghreb, for example. But it’s only now that this awareness has emerged, even among funders. Though it’s never too late to do the right thing.

Today your country continues to import much of its electricity…

Our country is a pioneer in terms of electricity interconnection in Africa. The first electricity interconnection line with Nigeria was inaugurated in 1976, the second in 1994. These lines, which allowed us to guarantee tariff equalization at an affordable rate at the national level, are now saturated. While we once imported 80% of electricity, it’s now between 60 and 70%. Local production covers the additional demand and we continue to reduce our import rate every year. We are also part of a regional integration project alongside other countries in West Africa.

Do you believe that photovoltaic power is the energy of the future?

Until now, we have been providing supplementary electricity with diesel fuel. This is changing: photovoltaic power has become more affordable and we have a project to build a hybrid solar plant in Agadez. This is also happening in Niamey, the capital. If we want to develop solar energy successfully, it cannot exceed 20 to 30% of our total electricity production so as to ensure the stability of the system. Since solar energy is intermittent by nature, it doesn’t allow us to regulate fluctuations in the network. So we need to “connect” it to a more stable network, such as hydroelectric or diesel.

That being said, diesel fuel causes a lot of pollution. What would you say to those who discourage its use?

We are signatories to international climate agreements. But accommodations are needed to allow our countries to make key investments to satisfy demand for electricity. We have extensive potential to exploit our coal resources, which are now “prohibited,” and we have a hard time receiving support from funders for projects that use this type of carbon energy. However, if we don’t exploit it, we will have to use diesel. A country can only use the resources at its disposal. This is why we have plans to build coal-fired plants, since production costs are much lower. We cannot wait much longer given the urgent need to improve access to electricity in the country. 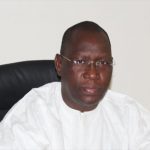