In 1992, when Amadou Diaw returned to Senegal after studying in Europe, he decided to set up a private business school in Dakar. Twenty-five years later, the Institut Supérieur de Management (ISM) has become a reference in French-speaking Africa. Over 20,000 students have studied in this school and today make up an important network of alumni. Building on this experience, Amadou Diaw has set up five private high schools in Senegal, which are among the top ten in the country. While he is currently targeting to expand in Africa, he takes a look at education, training and employment issues in the region.

What was the context when you created the business school in 1992?

When I finished my studies in Europe, and following brief professional experience in France, I decided to return to Senegal. I was very worried about the return, due to the lack of prospects in the private sector. So, I took a great interest in and studied the situation of companies in Senegal.

The 1980s saw a first era of change. The decade started with the voluntary departure of President Léopold Sédar Senghor, the first father of independence, in 1980 and the arrival of his successor Abdou Diouf, who wanted to turn businesses into engines of development. At the same time, there was an emergence of Senegalese SMEs and therefore a need for human resources. Meanwhile, the education system in Senegal was entering a difficult phase (due to the budget cuts brought about by the Structural Adjustment Programs, editor’s note). This phase subsequently only got worse. We were entering a tunnel.

Did you conduct a market study before setting up the school?

I read a few reports about human resources in Senegal. Including a World Bank study on the cost and financing of higher education in French-speaking Africa, in terms of public and private expenditure. It already showed that the contribution of households to financing higher education stood at 23% (against 77% for the State) in Senegal.

This study (updated in 2007) quantified annual public expenditure per student in 2003 at USD 246 in Senegal, against USD 750 in Rwanda and USD 550 in Burkina Faso (highest amounts on in French-speaking Africa) and only USD 57 and USD 84 in the Democratic Republic of Congo and Cameroon.

But in fact, I conducted my real market study during my years as head of the employers’ service in Senegal. Every day, I listened to the leaders of the main companies in the country express their concerns and their needs.

How did you manage to offer training provision that matched labor market needs?

When talking about opportunities, I think that this term “match” should be banned from our vocabulary. It seems really pretentious to me to think that you know the careers of tomorrow to the extent that you have the capacity to develop the curricula for them. No, we should focus more on training the Africa of tomorrow, men and women open to the world and rooted in their history and culture, with a capacity to adapt to the challenges of an ever-changing labor market.

Youth employment: the challenges of OpenClassrooms in Africa

Do you follow the examples of excellence given by private education provision in English-speaking Africa, or in the Anglo-Saxon world more generally?

Yes, I pay close attention to them. There have been three experiences on the continent which I find interesting:

What would be your main criticism of policymakers in terms of higher education and employment in Senegal over the past 25 years?

In all honesty, I have often been involved in reflection on the education system and I have contributed my ideas. Implementation is always difficult. There needs to be a marked break in teaching and thought needs to be given to the teacher of the future. The researcher, designer, editor, coordinator and evaluator cannot be the same person. We cannot have all these talents at the same time. The profession of teacher needs to evolve.

What are Senegal’s main achievements in terms of education?

Senegal is the country which hosts the most foreign students in the French-speaking area. Cheikh Anta Diop University (UCAD) in Dakar is the top-ranked French language university in Africa. Senegal has trained dozens of leaders and entrepreneurs who make the Africa of today thanks to schools like the government teachers’ college William Ponty or the Prytanée Military School in Saint-Louis.

However, market forces have taken the upper hand and I am one of the actors in this. Private education has established itself in less than 25 years, in response to all the resistance to the public education reform, which has certainly made the reputation of our country, but has been in crisis since the 1980s. Today, one student in four is in a private school. A new relationship with the education system has emerged. National consultation on the future of higher education (CNAES) was launched by President Macky Sall in 2013. Things are moving forward, particularly on the decentralization of the education system, which aims to ease pressure on Dakar and to promote the development of universities within the country. It is already the case with Gaston-Berger University in Saint-Louis for example.

Migration: putting an end to clichés about the “brain drain”

What have the donors done well and not so well over the last 25 years in Senegal? And what do you expect from them to address the huge oncoming demographic challenge?

I am not a judge, but damage has been done. A country – and it applies to Senegal – needs to think about and firmly establish its education system. Senegal has often been a testing ground, in particular via structural adjustment programs in the 1980s. We are experiencing the consequences of this today: classes in high schools and in universities are blatantly overcrowded after years of drastic cuts in the education budget.

An interesting program is currently ongoing with the World Bank to provide every student with a computer. PROPARCO’s support to private education operators is also an interesting path to pursue. For the rest, it seems to me that donors could draw on the positive sides of the Senegalese experience such as the quality of Senegal’s human resources and educational engineering rather than pointing out its weaknesses. If they echoed this, they would get the right message across. 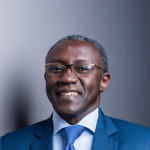