“Ecocide”: this term, while not well known until just recently, has made a dramatic entrance into current discourse. Driven by members of the Citizens’ Convention for Climate, which submitted its recommendations to the French government in June 2020, the government just proposed establishing an “ecocide offense.”

Etymologically speaking, this word refers to the “crime” (from the Latin word occidere) committed against the “shared home” (from the Greek word oikos), that being our planet. It first appeared in 1970 when the biologist Arthur W. Galston used it to denounce the United States Army’s use of a particularly toxic defoliant known as Agent Orange, which sadly became a well-known weapon of war in South Vietnam. While the chemical dioxin that Agent Orange contained caused serious health problems among those who were exposed to it, the herbicide also destroyed half of the region’s mangroves and nearly 15% of the forests. Formed to reflect the word genocide, the term ecocide is powerfully evocative. And just like for genocide, Galston advocated to have what he considered to be intentional destruction of the environment recognized in international treaties.

Nearly five decade later, countries like Vietnam as well as Ukraine, Russia and Georgia have now included it in their criminal code, and France is preparing to do the same. We would like to present a four-episode series that examines the stakes connected with recognizing the offense of ecocide.

How has the concept of ecocide come to the fore in the public debate to the point where today it is about to enter into the French criminal code [episode 1]? It finds itself front and center in a worldwide movement advocating for legal consequences for ecological causes at local and global levels [episode 2]. It’s this same movement that established the framework of ecocide, defining it as breaching the “planet’s boundaries,” a concept that for several years now has seen a certain amount of success in political ecology [episode 3]. To bring the series to an end, we chose to speak with a major figure in ecological philosophy and green thinking, the philosopher Catherine Larrère, a specialist in environmental ethics [episode 4]. 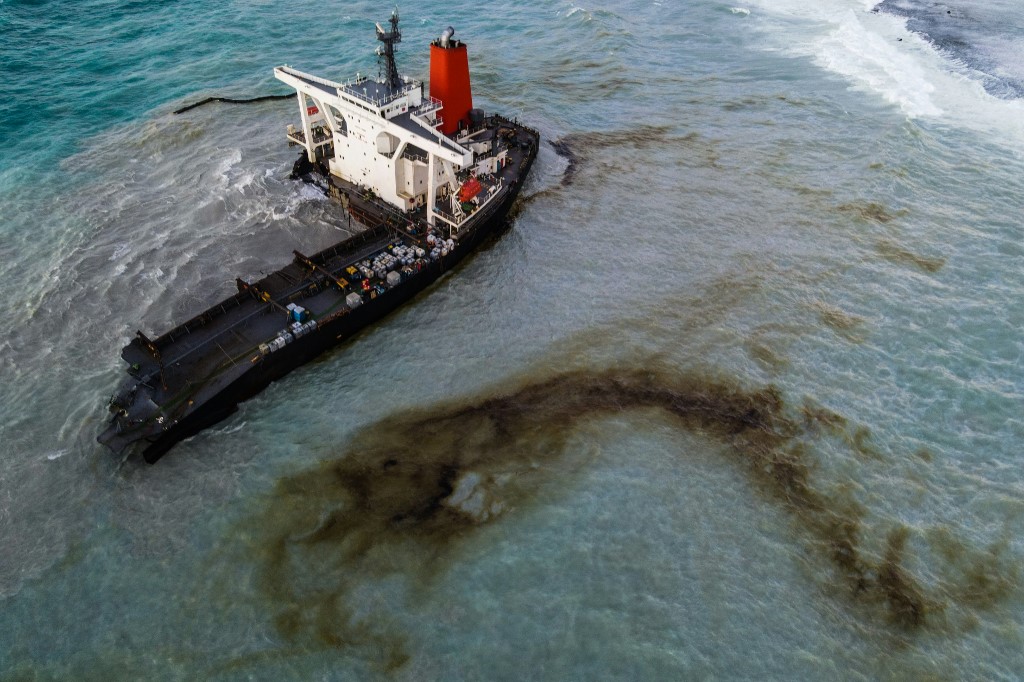 For nearly half a century, recognizing the crime of ecocide has been the cause for debate among lawyers and activists, but it could soon enter into French law as an offense. The story of its advocacy.

“We have all experienced a great shock to our lives. We were not prepared to confront events of such a grave impact,” Guy Kulitza said while remembering his first days at the Citizens’ Convention for Climate (CCC), which is focused on performing a comprehensive review of the environmental situation. Made up of 150 randomly selected French citizens, the CCC has been entrusted by the President of the Republic with a specific task: propose a series of measures that will help to reduce greenhouse gas emissions by at least 40% by the year 2030 (compared with 1990). With the inequalities in resource access in face of the global climate emergency laid painfully bare by the Yellow Vests crisis, the CCC’s efforts and initiatives are all made in the spirit of social justice.

After this first session, Guy Kulitza learned about the concept of ecocide, to which several members of the associations Notre affaire à tous and Wild Legal have contributed. He then presented the idea to his working group. It resulted in a measure drawn up in due form with the lawyer Marine Calmet, President of Wild Legal, and adopted in a near-unanimous decision by the members of the CCC, who then proposed to introduce the offense of ecocide in French criminal law.
After French legislators made two attempts made in 2019 (in the Senate in March and the National Assembly in December), it was up to the Citizens Assembly to take a stance that would lead to further toughening of environmental law.

While it has gained greater prominence, the recognition of ecocide does not in itself constitute a new idea. In the 1970s, the concept was first used to denounce the actions of the United States Army, which destroyed the forest of the Vietnam and the health of the inhabitants through its use of Agent Orange. In the following decades, there were ever-increasing debates among international law authorities surrounding the criminalization of the most serious environmental crimes. It has only been in the last dozen years or so that, when confronting gridlock in international governance over environmental concerns, lawyers and advocates of all nationalities have brought the term ecocide back into discussions.
That is how, in 2010, the Scottish lawyer Polly Higgins launched a campaign to make ecocide recognized as a “crime against peace.” A charismatic and formidable communicator, she brought media attention to her advocacy, met with government leaders and published two books on the subject. At the same time, other initiatives emerged. In 2015, the law professor Laurent Neyret, leading a team of 16 international lawyers, submitted to the French Minister of Justice Christiane Taubira a report titled “From ecocrimes to ecocide.” It contained 35 proposals aiming to better penalize environmental criminality on both a national and international level. Ecocide was defined in the report as “an intentional act committed as part of a widespread or systematic action that harms the safety of the planet.”

At the same time, a team of lawyers led by Valérie Cabanès launched End Ecocide on Earth. Among them, the Togolese lawyer Koffi Degbovi, is today legal advisor to the United States: “Our objective was to propose amendments to the Rome Statute, which governs the International Criminal Court. It concerned expanding the area of competence for this jurisdiction, including the liability of legal entities in ecocide incrimination and not limiting the characterization of the crime to the act’s intentional nature.” These initiatives merited opening the debate. In a decade, the concept of ecocide found its way into the media landscape as well as onto the agendas of political bodies.

A difficult crime to characterize

Last June, the Citizens’ Convention for Climate took its turn with the subject. It chooses to characterize ecocide as “any action that has caused serious ecological damage, by contributing to clear and substantial breach of the planetary boundaries, committed with full knowledge of the consequences that were going to result from the breach and that could not be overlooked.” A proposal that created many different controversies.

On the nature of the crime for example. By mentioning “breaching the planetary boundaries,” the CCC referred to nine biophysical processes that, ranging from the world’s climate and phosphorous and nitrogen cycles to biodiversity and the acid content of the oceans, ensure the planet’s stability. Above a certain threshold—these famous “boundaries”—, the disruption of these processes could result in irreversible changes that would threaten the ability of humans to live on earth in suitable conditions.

But, besides the fact that the concept of the planetary boundaries has no consensus in the scientific community (we’ll come back to that in the next episode), it shows the difficulty in pinning down responsibility in both time and space: “In the case of the deforestation of Amazonia, there is a chain of responsibility that goes from landowners in Brazil to European consumers,” said Arnaud Gossement, lawyer specializing in environmental law who is skeptical of introducing ecocide into criminal law.

In the eyes of the MEP Marie Toussaint, a lawyer who co-founded Notre affaire à tous, upon the initiative of the International Parliamentary Alliance for the Recognition of Ecocide, not distinguishing the different levels of responsibility would be acting in bad faith: “It’s not about charging people who don’t put out their trash on the right day with ecocide. The criminalization would cover a limited number of serious, one-off acts: a massive oil spill or industrial accidents like those in Bhopal or Fukushima.”

In the characterization of ecocide, the debate also swirls over willfulness: while the criminal code specifies that “there is no crime or offense without intention to commit it,” it seems difficult to prove the intention to cause harm. The CCC has shifted the issue: criminalization becomes possible from the moment where the author of the event understands the possible consequences of the act but commits it anyway. It is no longer the intention to cause harm that is focused on but the deliberate will to ignore the potential harm, which constitutes a firm criminal approach that, regarding the serious sanctions planned for punishing ecocide, also raises questions.
Should ecocide enter into the criminal code? For some, like Arnaud Gossement, environmental law already possesses the necessary legal framework. Others, like the lawyer Édouard Delattre, consider current laws to be insufficient. In an opinion column that appeared in Libération in July, this lawyer looks at the existing levers of criminalization in cases of environmental harm. Terrorist intent is conditional upon specific motivations: the author of the crime needs to have sought “to seriously disrupt public peace through intimidation and terror.” As for other infractions defined as criminal, they only fall under an offense and “concern very specific situations […] that do not willfully jeopardize the conditions of our existence.”

At the CCC, it was this observation that brought about the proposal to legislate the ecocide: “If the law was truly effective, the biggest polluters would be punished. This is not the case,” Guy Kulitza said. On November 22, 2020 the Ecological Transition Minister, Barbara Pompili, and the Minister of Justice, Éric Dupond-Moretti, finally announced that a robust legal arsenal was being prepared to enter into the criminal code in order to finally attack “environmental banditry.” But it deals with a misdemeanor and not a crime as the CCC unanimously wished for.

“Where once you would pollute, you would win. But from now one when you pollute, you will pay up to ten times the profit that you would have collected if you had just thrown your trash in the river,” Éric Dupond-Moretti said in Le Journal du Dimanche. “We must use what can get the quickest results and can be applied urgently,” Arnaud Schwartz, secretary general of France Nature Environnement, said. But for most of the long-time proponents of recognizing the crime of ecocide, the idea of just a misdemeanor does not match the environmental stakes. For both seasoned lawyers and ordinary citizens, the debate over ecocide has in truth just begun. 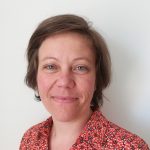