Killer diseases lurking in the shadows of Ebola

2014 will be remembered as the year in which there was a sudden resurgence of the terrible Ebola virus in West Africa. In just a few weeks, Sierra Leone, Liberia and Guinea were affected, with populations hard hit and governments overwhelmed.

Almost a year after this deadly crisis broke out, an initial human assessment can be made of what the killer Ebola took in its path: some 25,000 people infected and over 9,500 deaths, and months of fear for over 20 million vulnerable citizens.

However, while we can now hope that the situation will rapidly be under control, we must not let up in our efforts as other killers are still nevertheless lurking in the region. They are killers that have decimated millions of people for decades, and especially pregnant women and children in Africa: malaria and cholera.

The figures speak for themselves. In 2012, following a lull that lasted several years, the region was struck by a cholera epidemic which affected some 30,000 people and killed 138 patients in Guinea and 296 patients in Sierra Leone. In 2013, just before Ebola reemerged, there were some 5 million cases of malaria in Sierra Leone, Liberia and Guinea! According to WHO, 5,625 people died in the three countries that year, struck by malaria, this disease which can, however, be cured if it is rapidly diagnosed and properly treated. This represents over half the deaths recorded due to Ebola.

The statistics for 2014 are likely to be similar and the risk of a cholera epidemic, we have seen, has not disappeared. The assessment could be even more grim, as in the countries in question, the huge needs mobilized to fight against Ebola have paralyzed the other healthcare services, decimated the health staff and drained local economies. The most vulnerable people – pregnant women and children – are likely to be severely affected.

In Guinea, for example, Ebola has disorganized everything: the progress achieved in recent years has been lost: in the municipality of Matoto, in Conakry, the health center attendance rate fell from 73% in 2013 to 34% in the year; in the municipality of Ratoma, it fell from 65% to 23%! The prevention work and campaigns to encourage women to have a medical supervision of their pregnancies have been stopped; pregnant women have turned away from health centers and remain confined at home to give birth without qualified staff.

Whether or not Ebola is under control, with the return of the rainy season, there is no doubt that the situation in West Africa remains a concern.

Ebola, malaria and cholera, which have the same clinical and symptomalogical profile, are therefore complicit killers, with one feeding the others. And to prevent the latter from taking advantage of the confusion, it is necessary to provide a commensurate response to the crisis. Before having to once again face an allegedly unexpected emergency, we say that it is necessary to do what has been neglected for far too long. And we must not leave peoples at the mercy of the prevailing mass killers.

What can be done?

First of all, it is necessary to revive, as quickly as possible, the national health systems which have been considerably weakened by the Ebola epidemic. In order to effectively tackle the latter, but also malaria and cholera (as these three diseases have major points in common), it is necessary to set up an appropriate assessment system in hospitals when people are admitted to health structures. This will both ensure the safety of patients and health staff and reassure the public. There is a need to rapidly equip them with efficient equipment, train medical staff and provide a follow-up of their knowledge. This is the action conducted by WAHA International at Ignace Deen Hospital in Conakry, at the request of the Guinean Ministry of Health, thanks to financing allocated by the Ebola Task Force of the French Ministry of Foreign Affairs and International Development (MAEDI).

It also involves implementing a secure patient referral system, in an environment where road and transport infrastructure are in a poor state, unreliable or deficient. This reinforcement can be achieved by setting up a fleet of motorbike ambulances, as WAHA International has developed since it was set up in about twenty countries, and this year in Sierra-Leone and Guinea. This enhanced referral system must be strong and secure enough to direct and/or refer, where necessary, patients from primary health centers to University Hospital Centers (CHUs) for emergencies or complex cases.

The measures envisaged here are useful in restoring the confidence of populations who are torn between fear, rumors and trauma and are essential in order to revive health systems in Guinea, Sierra Leone and Liberia. While they may seem self-evident, this further underscores the fact that they are essential. Yet the fight against Ebola has mainly focused on identifying and isolating the sick. Pragmatic, creative and collective initiatives must be launched as of now in order not to have to, once again, cure what we have been unable to prevent. 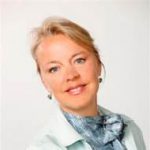