Facebook Twitter Link
Copied to clipboard
Food distribution in Petion-Ville, in the suburbs of Port-au-Prince, Haiti, in February 2010. Photo by THONY BELIZAIRE / AFP

With the advent of the Black Lives Matter movement in the United States, humanitarian organizations once again find themselves faced with the question of diversity, non-discrimination, and racism.

Meanwhile, the media are scrutinizing the humanitarian sector anew, to check whether the way it operates is in line with the highest standards expected from society. This is particularly the case when it comes to questions of rights, respect for human dignity, protection, and individual freedoms in general. With regard to the principles that underlie and govern the actions of humanitarian and development NGOs, do they indeed exist? Are they really applied? And are they translated into codes of conduct, policies, or internal regulations?

It’s important to ask these questions, especially in light of the authority of these principles, which oblige us to meet the highest level of standards. We have to go beyond mere declarations of principles and “zero tolerance” positions, and verify that diversity and non-discrimination exist within our organizations.

Lofty goals of diversity and non-discrimination

It would be useful to start with an understanding of how NGOs, and the humanitarian sector in general, face the issue of diversity.

In an international NGO, the issue is not cut and dry. Without wanting to fan the flames of debate between the communitarian and universalist models, questioning the role of minorities in an NGO working in Bangladesh, Yemen, Burkina Faso, Peru, France, Spain, or the United States amounts to questioning the notion of diversity itself. This notion takes on concrete form in different ways, depending on local contexts: a majority practice or status in one country may be minority in another, and vice versa. There’s no homogenous whole.

But rather than taking a relativistic approach, we have to understand the notion of diversity not just through the strict perspective of protection of minorities and equal access to rights for every person, but also through the more overall mechanisms of how one model dominates the others. Diversity is an expression of a broader phenomenon: it would be interesting to identify what that latter is.

In the world of international aid, issues of diversity and non-discrimination are linked to goals, if not promises, held by the entire aid sector. This is true in countries of the North and the South alike, and in NGOs. Even today, these issues can still leave many observers frustrated.

These goals are often linked to those of localization, which involves ensuring that the people who pilot activities do so as closely as possible with local populations, or even that they come from those communities. By extension, localization is the desire to work as much as possible in the field by listening to and developing responses with local populations themselves.

As for how the goals are expressed, they can be observed in the very constitution of the teams in the field and in the places where decisions are made. They can also be seen through the capacity of large international NGOs to work with local NGOs and to support their development. Diversity is inherent to localization. For it to occur, the culture must be naturally inclusive, non-discriminatory, and proactive.

Urban citizen funds, a means to improve housing in Dakar

There’s definitely still progress to be made to ensure that teams on the ground, especially at the management level, reflect the societies of the countries where the NGOs operate. And much remains to be done so that activities are conducted and shared with local partners. This holds true for both aid stakeholders and the countries in which aid is developed.

Yet, localization does not depend solely on the origin or identity of the women and men who lead and implement humanitarian actions. For localization to really happen, a paradigm shift in key aspects is required.

How can we claim real diversity without meeting the objectives set at the 2016 Istanbul Summit and the Grand Bargain? How can we take responsibility for the fact that, in 2020, the share of funds directly earmarked for local organizations is ten times lower than the objective set at that meeting? While some NGOs have already managed to redirect 20% of resources to local partners, donors are still struggling to reach that level.

In addition, Southern NGOs face endless conditions for fund allocation and rules on compliance and accountability. In order to comply with those conditions and rules—and thus to be eligible for crucial funds—they must make significant investments of a financial nature or in personnel, management tools, and processes.

These conditions are often extremely complex for young and resource-poor civil society organizations whose priority is action rather than zealous control. Furthermore, they are not provided with specific funding, for example for improved structuring, to help them meet those conditions.

This state of affairs thus helps maintain large-scale NGOs in a more or less dominant position by default. This is form of abuse. In fact, they are often the only players capable of meeting control requirements and financing them from their own funds. And though many make the effort to be partners in development with local organizations, they do so through transfer of knowledge and skills rather than of risks and responsibilities, and that’s not enough.

The rules local NGOs are faced with, and beyond that the funding model that ensues from those rules, are undoubtedly more of a hindrance than a help to those organizations on their path to becoming stronger, independent, and efficient. They reflect more of a concern for a certain degree of conformity rather than for a means to give rise to civil society actors that work more closely with local people.

International aid: the same level of requirements for donors

We must put into question the forms and rules of financing provided by States and their donors. We should ask ourselves—just as NGOs are expected to do so when determining their activities—whether those forms and rules are designed and developed along with those to whom they apply, be they NGOs from the North or NGOs from the South.

It’s time for this requirement for diversity and localization to apply as much to the stakeholders who condition and finance international aid as to those that implement it. It’s time for requirements for diversity to be added to the those for transparency, fraud prevention, risk control, and strict procedures as criteria for compliance, both for funders and—as is already the case—for NGOs.

This is a subject of utmost importance, because it’s central to the current identity of the international aid sector. That sector is still structured from North to South; still built on a Western approach to the forms of fund allocation and control; and, above all, still struggling to allow both the implementers of action and its recipients to participate in determining the rules and principles of action. In short, this strong position of domination hasn’t changed. 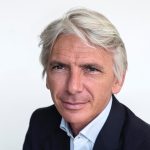