Professor of Economics and Public Policy at Blavatnik School of Government, University of Oxford

Nearly 800 million people still live on less than 1.90 dollars a day. Would you say the situation has improved in terms of poverty, security, government?

Not really. What happens is that the countries which were on track have made a lot of progress. But a lot of the countries of the bottom billion are still in great difficulties, or it is even worse for them. I worked in the Central African Republic in 2002 and 2003 and it appears to be in a worse state now than it was 15 years ago. Mali appears to be in a worse state. Sahelian Africa is certainly as fragile as it was, if not worse. And if we look anywhere else in the world, Afghanistan is doing a lot worse, the same goes for the North Africa and Middle East regions compared to 15-20 years ago. It would be very indulgent to say that the world is getting better.

Alongside the remarkable rise in prosperity of emerging market economies, we see continued fragility in a lot of countries at the bottom of the world economy. So, what works in the majority of emerging market societies which are on track to become prosperous does not work in the most fragile environments. This poses a new kind of challenge.

How to handle these vulnerabilities?

One problem is establishing political order in the very fragile environments, where the most credible roots for political order are power-sharing structures. We have been rather cavalier in assuming that you can get political order just by holding elections. In fragile environments, they often make things worse because they produce a winner and a loser. We should have learnt that kind of lesson in Iraq. But we used exactly the same recipe in Libya, where elections did not produce political order – there is no government regarded as legitimate by the mass of citizens in the country. We have been very lazy and romantic in thinking that we could rapidly get fragile societies to peace and prosperity just by copying institutions that are common in the OECD countries, such as elections.

Development agencies then encourage governments to adopt widely infeasible reform agendas, and they fail because the capacity to implement change in fragile societies is very limited.

So, what is being done is a parody. We, the international community, go to these fragile societies saying: “We have a vision of your future society” and this vision inevitably looks like Denmark. Then, we tell them why they do not look like Denmark for now: the very long list of explanations then becomes the reform agenda. And then the reform agenda fails and deepens the problem.

What are the current priorities for the poorest countries?

I recently co-wrote Escaping the Fragility Trap with Professor Besley from the London School of Economics. It is the report of the Cameron Commission, an independent commission chaired by David Cameron, the former British Prime Minister, and Donald Kaberuka, the former President of the African Development Bank. It is a very important report on state fragility. The priorities of the international community on the political level should be to encourage power-sharing structures. Economically, the route out of fragility for most states is job creation. The way jobs are created is through firms. But proper firms have very little incentive to go to fragile states. Pioneering usually loses money, these losses need to be financed by public money. That is what states are for.

So, our priorities are to use public money to get proper firms to go and do business in places where there are very few incentives for firms to go otherwise. This message is hard to hear for development aid agencies, but it is a realistic one.

What should be the core function of aid agencies in the future?

The future of development agencies, including AFD, is basically to crack the problem of getting fragile countries on track to develop. A really important rule for this is to get the private economy to grow. We need more firms to bring jobs to environments that are very difficult, and for that, we need to deploy public money. Instead, we are trying to channel aid either through NGOs or governments, which do not have the capacity to spend it. But it should not be used predominantly for the humanitarian agenda because that does not solve the problem. Aid needs to be used predominantly for an economic agenda. And that economic agenda is really to bring in businesses that can create jobs.

The major bilateral donors have dual-structured agencies: some agencies deal with aid and some deal with firms. They need to work much more closely together. Money needs to flow from the aid agencies to the agencies accompanying firms. Within the World Bank Group, such transfers happened last year. Part of the aid is now transferred to the International Finance Corporation (IFC). $2.5 billion is being used by IFC in fragile states to get pioneering firms to go and create new markets. That is exactly the right thing to do, but it needs to be on a much bigger scale and all the bilateral partners need to do the same thing.

It is perfectly feasible to spend public money to get firms to go and pioneer businesses in difficult environments. We need a big change of framework because what we have been doing for the last 15 years has failed. We cannot celebrate success. For many countries, it is getting worse and we need to do something urgently. We need to radically change the way we do things.

Rebecca Enonchong: “The main obstacle to the digital revolution in Africa is the reluctance of political leaders”

What is the impact of climate change on the new vulnerabilities?

How to tackle the refugee crisis?

In my book that came out last year, Refuge, I say that the global number of displaced refugees is basically the one of 1945. Emigration to Europe is quite obviously not a solution to the problem of fragility. The people who intend to leave tend to be the young, the more educated individuals. There is a great danger that what is in their personal interest – leaving the Sahel region and getting to France – will damage the society they leave. This is not true if they go to France, get an education and then go back to the Sahel. But it is true if they go and stay.

“Should I stay or go back home?” A lot of migrants face such an ethical dilemma. It is important that we try to minimize it and help this process of circular migration. Come, get training, earn a bit of money, go back to your country, rather than permanently leave it.

I was in Guyana last month. 80% of their educated young people leave and go to the United States. Guyana’s government says it is their aid program for the US because it pays for education which Americans benefit from. If you lose 80% of your educated people, you really cannot develop. So, the answer is not zero emigration. When it implies return, emigration is helpful for the society.

What tools should governments develop to plan for future migration?

If we just have an open-door policy and welcome every educated individual who comes, we will immensely damage these countries. We have to set up immigration policies maximizing the benefits for poorer societies, not for our own societies.

In my country, Britain, the Health Service has basically plundered some African countries of their doctors. There are more doctors from Sudan working in London than in Sudan. It is a moral disgrace. The National Health Service is run in such a way that we encourage Sudanese doctors to abandon their own country and work in Britain where their own skills are very much less needed. A lot of recent research work shows the opportune level of emigration for a society. The question we need to answer is the following: How many educated people from Mali should France let in on the criteria of what is best for Mali?

What would be the new framework for migrations?

What we should be doing is kind of the opposite of what we are doing. We should be welcoming a lot of poor Syrians to come and have temporary jobs in Europe. Or we should encourage such jobs in Jordan and in Turkey, rather than expect the refugees to swim to Europe to find a job.

It should be the lowest skilled that we bring in for temporary jobs. Instead, what we are doing is offering permanent homes to the most educated. For example, less than 5% of the Syrian population lives in Germany, but amongst them there are between a third and a half of all the Syrians with a university degree. We can say that if they do not go back it is a long-term disaster for Syria. Concrete is not enough for the reconstruction of the society; reconstruction is about rebuilding organizations and for young educated people to be needed.

Can we be optimistic?

I have been working in Africa too long to do optimism and pessimism. It is our job to bring credible hopes of prosperity to the people living in fragile countries. We need to be doing what we can do and focus on existing opportunities, on what is feasible now, on what is practically realistic. And so, get out of the visions and false hopes and move into the practical realities. We have celebrated our “wonderful successes” too much and meanwhile fragilities have been getting worse.

For further reading, on PROPARCO website: The private sector in fragile countries: what role for the DFIS ? 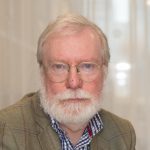 Professor of Economics and Public Policy at Blavatnik School of Government, University of Oxford