Germany provides over 50% of its bilateral financing to Africa, that is 1.89 billion euros in 2016. In the context of its G20 presidency in 2017, it has launched an initiative directed towards the continent, “Compact with Africa”, which aims to consolidate and rationalize existing funds among donor countries in order to improve infrastructure financing in Africa. Jürgen Zattler, Deputy Director General for Multilateral and European funding in the German Ministry for Economic Cooperation and Development, (Bundesministerium für wirtschaftlifche Zuzammenarbeit und Entwicklung, BMZ), who was appointed in early May to be Germany’s representative at the World Bank in Washington, explains this initiative.

What is the role of Germany in the “Compact Africa” G20 initiative?

With “Compact with Africa”, we would like to launch a G20 African partnership built on three pillars: private investment and financing; quality infrastructure; improving inclusive economic growth and employment.

The first pillar is perhaps the most interesting in its aim to establish investment compacts with African countries willing to improve their macroeconomic and regulatory frameworks.

In terms of infrastructures, second pillar, we need a good investment framework to identify bankable projects e.g. in energy and renewable energies – a priority for our country, in order to reinforce Africa’s own initiatives in renewable energies.

The third pillar is about stimulating employment and income-generation in Africa in an inclusive way. Young Africans, girls and women as well as refugees are at the heart of this pillar. Empowering women and girls and fostering their digital knowledge to better participate in the formal sector and get jobs and employment is one specific aspect, which has been dealt with at the Women20 Summit with Chancellor Angela Merkel in April 2017.

What has been done so far with the G20 initiative on Africa?

A further conference was held in June 2017 in Berlin. Partner countries in Africa have already shown keen interest. Côte d’Ivoire, Morocco, Rwanda, Senegal, Ghana and Tunisia would like to participate although nothing has been formalized yet. These countries show impetus towards development and growth, and are in some respect African reform champions.

What is the general approach of your ministry regarding development in Africa? Do you make clear distinctions between North Africa and Sub-Saharan Africa?

We look more and more at the continent as a whole and we are keen to use the already existing African and pan-African initiatives as a reference point. For example, the Agenda 2063 drafted by the African Union (AU) and the negotiations around the Continental Free Trade Area (CFTA). This project, endorsed in 2012 and scheduled for 2017, will create a single continental market for good and services, with free movement of business persons and investments, paving the way for a continental customs union. Its aim is clearly to expand intra African trade and enhance competitiveness.

The African Union is regarded as the most important driver of closer pan-African cooperation, although we need to bear in mind that the African Union is currently engaged in an ambitious reform process, which ties up resources. Nonetheless, the African Union has a good track record in fostering the African peace and security architecture. The Kagame Report on the reform of the African Union recommended last January that there should be a focus on the core initiatives regarding governance, peace, security and economic integration with free trade agreements. We are supporting this focus.

It is also important to strengthen the European Union approach to Africa, in order to get a pan-African perspective. We are at the crossroads. This is a decisive moment, because the European Union is about to redefine its instruments towards development – like the European Development Fund (EDF), the post-Cotonou agreement and whether North Africa should be linked to it. We want to overcome the Africa, Carribean, Pacific Eonomic Partnership Agreement (ACP-EPA) perspective, which is a bit postcolonial, and get North Africa a better access to markets in European Union.

Why do you think ACP is post-colonial?

This instrument was established to allow free entrance in the European market for products coming from the former colonies in the Caribbean, Africa and the Pacific countries, all linked to French, British and Portuguese economies. Today, the new ACP-EPA aim at the free entrance of European products in all those economies – who have reached different stages in their development. What do the Pacific countries have in common with South Africa for example? It sounds a little bit artificial.

All African countries are members of the African Union, which has therefore a great legitimacy to speak on behalf of the continent. Germany very much supports a strong African Union. This doesn’t mean that we don’t cooperate with other regional institutions as well.

The African Development Bank is also a pan-African organisation and indeed one of our most important partners in Africa. Both institutions have different mandates and they should work – and increasingly do so – in a complementary way.

Do you have specific development programmes with African regional institutions such as Economic Community of West African States (Ecowas) or East African Community (EAC) or are you dealing strictly on a bilateral level with countries?

We are dealing with regional institutions, e.g. with the Southern African Development Community (SADC) and the EAC, which we support for trade integration. This leads to the question of how the different trade integration initiatives fit together. It would be great to have a pan-African free trade area one day. With this objective in mind, further integration on a sub-regional level (e.g. within West Africa) would be a formidable building block. The EU-African EPA should be seen in such a context.

Is Germany’s approach to the development of Africa different from former colonial powers like France or the United Kingdom?

In many African countries, France can rely on a unique network, based on a common history, a common language and close political and economic ties. This special relationship can open doors and facilitate negotiations – but it can also come along with partiality and high expectations from the African side.

In my personal view and despite our own colonial past, history makes it easier for Germany to be regarded as an honest broker, which is particularly important in the field of development cooperation.

On which African countries is Germany’s official development assistance focusing?

We have certain criteria when deciding with which countries we want to cooperate more intensively: foremost, we look at the development orientation of potential partner countries; we are regularly evaluating these criteria and monitoring progress. With countries which do not seem development orientated, we work more with NGOs on specific projects, often linked to environment. We then focus on one action, such as the protection of the Equatorial forest in Central Africa, and do not cover the rest (infrastructures, economic reforms, budget aid, etc). 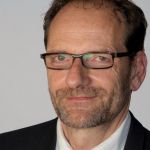