Researcher with the African Futures and Innovation Programme at the ISS

Although the security situation is often the center of attention and discussion when talking about the Sahel region –and rightfully so–, it is important to recognize that the current instability is the culmination of poor governance and low development. Both have plagued the region for many decades. All three need to be addressed in finding a lasting solution.

A positive development trajectory in the Sahel

Despite the complexity of the region, the G5 Sahel countries can gradually begin to reverse the current gloomy development trajectory through strong leadership, political will and focusing on sectors that would spur development outcomes into the future. Updating a study done by the Institute for Security Studies in 2019, we model ambitious but realistic policy interventions to get a sense of the impact of a more peaceful and prosperous development trajectory. We called this a positive “Desert Flower” scenario that we compare with the likely “Current Path”.

The Desert Flower scenario includes six cluster areas of intervention. First, demography simulates a reduction in population growth through improved access to family planning services and particularly, access to modern contraceptives, improved maternal care and reduced mortality in children under five. The agriculture cluster improves efficiency of the agricultural sector given its importance in reducing extreme poverty and food insecurity. The infrastructure cluster addresses provision of basic services like water and sanitation, electricity access, and information and communications technology.

The education component increases the rate of primary enrolment and survival, transition to secondary as well as gender parity and quality of education. Our work identified these as most significant in unblocking progress in the sector. To make these development ambitions possible are also concurrent interventions in the governance area to improve government effectiveness including external support in aid and remittances. Progress is not possible without improved stability that would reduce the chances of State failure and risks of internal instability like coups and creates a favorable environment for both domestic and investment foreign direct investment into the region.

Given the low levels of development in the region, these six scenario components are foundational for the future, although interventions that affect demographics and education take a longer time to manifest. Thus, their impact is only felt towards the end of the forecast horizon but steadily increase in effect thereafter. We benchmark the interventions to progress made in other countries at similar levels of development.

Sahelian development is driven by agriculture

Comparing the impact of each of the six scenario components, the agricultural sector would contribute the most to reducing extreme poverty in the region. The number of people surviving on US$1.90 reduces to 25% compared to 31% in the “Current Path” by 2033, representing a reduction of more than 7 million in extreme poverty. Agriculture also provides the largest boost to economic growth resulting in an increase in the size of the G5 Sahel economy of US$162.6 billion by 2033. The stability component is the second most powerful: it would increase the size of the regional economy by US$150 billion.

Additionally, agriculture drives the second largest increase in the Human Development Index (after education) and the second largest reduction in infant mortality in the region after the demography cluster by 2033. This goes to show how powerful and vital the agriculture sector is at lower levels of development. In fact, it has the most potential to improve human and economic development in the region.

The agriculture scenario also significantly reduces food insecurity in the region by bridging the gap between net demand and production (Fig. 1), which would otherwise be met through imports. Import dependence nearly halves to about 17% compared to 31% in the “Current Path” by 2033. Reducing the size and role of food imports in the region is crucial to reduce vulnerability to international price shocks and disruption of supply chains – during the Coronavirus pandemic.

The outcomes differ by country. Chad, Niger, Mali and Burkina Faso benefit the most from agricultural interventions compared to Mauritania whose agricultural sector is dominated by marine activities while the interventions in this cluster are strictly on crop farming.

The governance and stability clusters also perform quite well against economic growth and poverty indicators in all countries, further underscoring the need for good governance and effective leadership in the region. Diversifying the economies is also a way to lessen the countries dependence and vulnerability. The G5 Sahel countries have massive potential in natural resources, particularly in renewable energy like solar and wind that can be harnessed. They have a rich cultural heritage that has in the past been a huge source of tourism that must be revived as a means of securing livelihoods and better development.

The “Desert Flower” scenario vs reality

When all of these clusters are combined in the “Desert Flower” scenario to simulate the impact of coordinated policy actions, the cumulative impact is significant. Absolute economic size of the region is US$172.8 billion by 2033 compared to US$146.4 billion in the Current Path (2011 US$). Average per capita income also increases by US$285 by then and the percent of people living in extreme poverty would drops to under 22% from nearly 31% in 2033 in the Current Path. The difference is more than 12 million fewer people living in extreme poverty.

Fig. 2: Extreme poverty in both scenarios

The improvements simulated in the Desert Flower scenario indicate that the G5 Sahel countries and the region can reach higher development levels. However, managing the complex nexus between conflict and development requires political will, and visionary leadership. Coordinated efforts must be made to address the immediate concern of security, although the response to the problem should be balanced to include concrete improvements in governance and development alongside a security approach. This effort should be supported by the international community to enable the G5 Sahel governments to adequately secure their presence and extend the reach of governance across all the relevant territories, while providing adequate services like health and access to contraceptives, water and sanitation, and improving the efficiency of its agriculture system and adequately tackling the farmer-herder conflict. 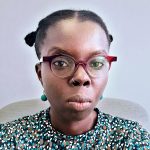 Researcher with the African Futures and Innovation Programme at the ISS 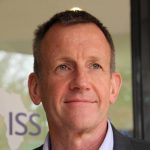