“What sculpture is to a block of marble education is to the soul”, wrote English author Joseph Addison. In Sub-Saharan Africa, is it to be feared that education will remain in an incomplete state, due to a population growth for which no one is able to say whether it is a real opportunity or whether it heralds an uneducated generation?

Africa is, however, a continent which assumes its responsibility. Despite a low GDP level, and therefore of budgetary revenues, the share of public expenditure devoted to education in Africa is close to 17%, compared to 11.8% in Europe and the United States, with a world average of 14.1%. African governments, at their level, do therefore assume their responsibility. The same goes for families, as they make considerable efforts for their children, given the scale of the opportunities they are expecting for them. For example, UNESCO has recently shown that households contributed between 33% (Côte d’Ivoire) and 57% (Uganda) to spending on education.

However, efforts by the international community are lacking. The Global Partnership for Education (GPE) Conference, which will begin on February 2, 2018 in Dakar, will be sending out a loud and clear reminder that in 2015, education accounted for less than 7% of total official development assistance (ODA), i.e., the same as the amount allocated to transport or half the amount dedicated to health…

Pathways to emotion and responsibility

But does everything boil down to figures and graphs? Do we need to endlessly scale up public and private efforts without asking ourselves how the actual question itself should be considered? Should we resign ourselves to the fact that education is struggling to keep up with population growth without having an impact on population growth itself?

The latter is, in itself, obviously good news, as it is the result of a high birth rate combined with a fall in mortality. In this respect, it is an apparently mechanical subject. But it is above all a social and ontological subject. Consequently, it can only be addressed by respecting cultures, as it affects the wish to have children and family identity. The wish to have children also involves a confrontation between social practices and affective intimacy, emotion. Sexuality, reproduction and education must therefore take the – very dissimilar – paths of emotion and responsibility.

Emotion? Young people are a constant reminder to us that it is the hidden part of the changes in behaviour and generations: by their fashions, their music, their commitments… and their tweets!

Responsibility? Giving life requires lucidity. Everyone must be aware of the consequences of their behaviour. In this respect, families and schools have their specific place and their role to play. Sexual education is not merely a matter of simple physiological knowledge. It needs to stimulate a sincere dialogue between girls and boys and raise both individual and collective awareness.

The size of the family also depends on the couple’s ability to control their fertility. The latter should not be endured, but controlled. It is for this reason that the couple needs to have access to contraception and techniques to treat sterility. This option is in no way obligatory or forced: it simply contributes to social progress. Spacing out births, delaying their arrival, managing our contraception… this all enriches sexuality beyond simple reproduction alone.

Refraining from asking the question in this way would – just as Sisyphus at the foot of his rock – mean continuing population growth whilst running education into the ground, for want of efforts commensurate to the needs of youth.

Far from giving up faced with a supposedly sacrificed generation, let us give credit to the extent of the progress already made by Africa. Let us also mobilize the international community to support social cohesion and education policies, but also family and sexual education policies.

As French philosopher Paul Ricœur wrote, “Education is one of the primary social goods that has to be distributed”. In countries with a high fertility rate and low income like Niger, it is urgent to distribute education and, as a result, be part of a world civilization that carries youth along with it. To protect the individual freedoms and human dignity, let us raise the demand for education.

This article was originally published on The Conversation. Read the original article. 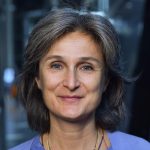