Niger has the world’s highest fertility rate. Its annual growth rate of 3.9%, which implies a doubling of the population in 18 years, is a level never yet reached in history (United Nations, 2017). This “explosive” growth in a population that is 80% rural, while just a small portion of the country is suited to agricultural production and feeding the population, has reawakened the Malthusian specter of famine, suggesting that demographic pressure is likely to become untenable for this poor country, despite its natural riches, particularly uranium.

To gain a clearer insight into the inexorable nature of this conclusion, we must look to the examples of Kenya and Bangladesh.

Contraception and population policies: the case of Kenya

What happens when societies which place great value on fertility are subjected to population policies which encourage a shift toward smaller families? Let us take the example of Kenya.

In 1977, the first national survey ever to be carried out revealed that this East African state held the world fertility record with 8.3 children per woman. In this 72% rural country, where 31% of women of childbearing age are illiterate, the fertility rate dropped dramatically to 3.57 children in 2017, i.e., a 56% decrease in four decades.

What happened? Contraception enabled Kenyan women to reduce their fertility. Access to contraception, and more generally to healthcare services, improved thanks to the 1975-1979 five-year plan. However, the behavior of an elite group of “pioneering women” is not the only explanation for this change. In 2008, after just three decades, the demographic and health survey (DHS 2008) revealed that 46% of urban women and – more remarkably – 37% of rural women and 12% of illiterate women were using a modern contraceptive method.

Several socio-economic and institutional factors can explain the shift in behavior among women, and men, both in urban and rural areas. Key legislative measures were implemented: the minimum age for marriage was set at 18 for women and 20 for men, and new property and succession laws also significantly strengthened women’s rights.

Lastly, as of 1979, the leading women’s organization played a decisive role in the promotion of family planning. Social development, combined with an effort to provide contraception to the population, thus effectively countered the pro-natal value system.

In Niger, despite the national population policy, teenage fertility remains high and early marriages a frequent occurrence. One significant result of the government’s policy is the drop in infant mortality (a fall of 50% between 2000 and 2020) which may lead to a decrease in fertility for replacement births, but is contributing to population growth for the moment, because more children survive. A sharp rise in the use of modern contraception since 2017 must also be noted, due to the participation of German cooperation.

Demography and poverty: the case of Bangladesh

It is worth noting that the arguments raised with regard to Niger, which reveal a form of demographic fatalism, were the same as those used about Bangladesh in the 1970s. An advisor to Henry Kissinger spoke of a “basket case country” and experts at the time were admittedly pessimistic. Yet the demographic growth rate has fallen from 2.8% in 1980 to 1.3% at present, and the total fertility rate from 6.9 children in 1980-1985 to 2.06 in 2017. Bangladesh nevertheless remains a poor country with 24% of the population living in poverty (World Bank, 2017).

In short, while in the 1970s, there was little hope for a slowdown in the population growth of Bangladesh, forty years later, this is no longer an issue. However, the problem of poverty in the population – should we use the term proletariat? – remains intact. What about Niger? The following information is sourced from the highly-detailed report Niger vers le développement social [Social Development in Niger], published by the French National Statistics Institute in 2015 (Paris, L’Harmatttan).

The growth of poverty in Niger

Niger’s alarming current demographic forecasts overlook the real problem behind the population curtain. Like Bangladesh, Niger bears the stigma of under-development with a human development index which places it at the bottom of the table of 187 countries. However, an in-depth analysis of data from several indisputable quantitative sources (representative population surveys and censuses) highlights the high level of heterogeneity of this country, with, in particular, a gap between the bulk of the population entrenched in poverty on one hand – a factor which contributes to high fertility – and on the other hand the middle class, a group that is privileged economically, socially and culturally.

The proportion of Nigeriens living under the poverty threshold went from 53.7% in 2005 to 48.2% in 2011 (most recent survey to date), i.e., a fall in the poverty rate of just over 1% per year. The monetary poverty index, however, reveals only a part of the picture. It does not, for instance, measure changes in the depth or severity of poverty.

The emergence of a middle class?

In developing countries, particularly low-income poor countries, the expansion of their middle class is a growth indicator. In Niger in 2011, a representative national survey revealed that the middle class represented 45% of the population, with a standard of living enabling expenditure of 186,000 to 480,000 CFA (€283 to €731) per inhabitant per year, while 50% of Nigeriens belong to the disadvantaged class. The wealthiest population therefore represents 5.1% of Niger’s population.

Table 1. Breakdown of the Nigerien population in 2011 by living standard category

Compared to the situation observed in 2007, the middle class grew in 2011 to around 30% of the population, according to the Social and Economic Development Plan (2012-2015). The authors of the study defined the concept of a central core: people positioned at the intersection of both criteria (monetary and non-monetary) were clearly considered to belong to the middle class, which explains the notion of the central core.

The analysis of the central core resulted in a middle class of 24.6% instead of 45%. Around half of the middle class is therefore exposed to the risk of slipping into the disadvantaged class. This demonstrates the extreme vulnerability of Nigerien middle-class households.

To summarize, the cases of Bangladesh and Kenya show that limiting our attention to demography rules out a proper forward view, and that forecasts are simply a calculation technique, regardless of how sophisticated that technique may be. In Niger, two specific contextual issues complicate the situation.

Firstly, the country is subject to the region’s economic, political and security turmoil, with significant impacts on its political stability and security. In light of this worsening of the security situation, the government is forced into financial compromises to the benefit of security expenditure and the detriment of social sectors, with the latter being already largely under-invested. These compromises contribute to an ongoing weakening of social services.

Secondly, the population (80% rural and living from agricultural or pastoral activities) is particularly vulnerable to climate change, due to its reliance on natural resources for its subsistence, its high level of exposure to climate variations, and its low ability to adapt. Climate threat forecasts for the coming decades include recurring drought, heavy rain followed by flooding, which affects between 100,000 and 150,000 people every year (206,000 in 2017), locust invasions, drinking water shortages and variations in the flow of the River Niger.

To conclude, the question of the predictive value of demographic forecasts must be raised. We know that the assumptions which form their basis, in particular those relative to fertility, can be summarized in three possible growth variants: continuity of the current level, growth or decline. Given that socio-cultural and economic factors are not seriously taken into account, any opportunity to examine the legitimacy of the three chosen variants is inevitably ruled out in favor of speculations over a half-child more or less over the next fifty years.

In reality, the approach to the future of the population is designed from within the narrow sphere of demographic change, while an authentic prospective exercise would consist in envisaging possible futures which have yet to be quantified. Who would have thought in the 1960s that Bangladesh would escape from the combination of fertility and poverty issues? 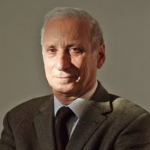 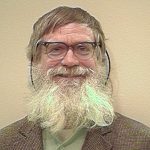