What is the most salient feature of inequalities in Latin America?

Several factors account for this progress: economic growth, but also proactive public policies to improve the collection of taxes and duties on exported raw materials, which have improved the fundamentals of macroeconomic management. In Brazil, from 1994 onwards, this improved macroeconomic management resulted in monetary stabilization and control over inflation, a factor which has proved to be instrumental in the fight against inequalities. Indeed, inflation contributes to increasing inequalities, as the savings of the better off are protected with banks, while the poorest cannot renegotiate their salaries every day as prices rise.

In Brazil, for example, this context has been conducive to the implementation of social programs combined with cash transfers to the poorest, such as the Bolsa Familia. This system of allowances for mothers who ensure that their children go to school has made a major difference in the fight against inequalities. Another driver has been the labor market reform, which has increased the minimum wage (from EUR 84 in 2005 to EUR 207 in 2016) and extended it to the informal sector, where it serves as a reference. The minimum wage was introduced in Brazil in 1936 and is, indeed, defined by the Constitution as a floor, i.e. the lowest pay that any worker can receive, whether or not his activity is formal. In 1988, a law unified the minimum wage in all the Brazilian States. It stipulates that it must allow all workers, whether formal or not, to meet their basic needs (food, accommodation, education, transport and social security).

In Brazil, the minimum wage is also used to calculate pensions (70% of them have exactly the same value as the minimum wage) and the allowances for some 4 million elderly and sick people. The raise of the minimum wage also raised the quality of life of these aid recipients, which makes inequalities decline.

Which Latin American countries remain the most unequal?

Chili, Peru, Paraguay and Honduras also remain highly unequal (between 0.50 and 0.54). Their situation is comparable to Zimbabwe, Zambia, Niger and Papua New Guinea.

We then have a third group of countries: Uruguay, Argentina, Ecuador, Costa Rica, Mexico and Venezuela, where inequalities (between 0.45 and 0.49) are comparable to China, the USA, Mozambique, Cameroon and Madagascar.

Finally, two countries stand out on the subcontinent: Guyana and Nicaragua, with the lowest inequalities in Latin America and a Gini coefficient of under 0.44 – a level comparable to Russia, Turkey and Iran or Kenya, Nigeria, Mali and Senegal.

How do you account for the disparity in these results?

In Bolivia, a certain economic stability has been maintained; unlike Venezuela, which is going through a deep crisis, and Argentina, where the government has been rejected in the elections.

In democratically governed countries – Brazil, Peru, Ecuador and Chile – more moderate policies have not undermined economic stability and they have managed to undertake decisive reforms.

Other countries that are managed by a conservative government, such as Honduras, have not taken much action to reduce inequalities.

What lessons can African leaders learn from the reduction in inequalities in Latin America?

In Africa, States are weaker and consequently do not have the same capacities to collect taxes as in Latin America, in order to launch wealth redistribution programs. It is for this reason that these States need to be strengthened in order to increase and widen the tax base, in particular by taxing in a more proactive manner, targeting the exporting sectors for raw materials. This could generate much higher revenues than their present level.

There are also social assistance schemes with benefits paid in cash in South Africa. However, they are not combined with the same macroeconomic reforms as in Latin America. This means that the persisting massive unemployment – some 27% of the working population according to official figures – prevents inequalities from being reduced in these countries.

How have Latin American countries overcome the international financial crisis of 2008?

In reality, few countries were affected as much as Mexico, due to its level of trade with the US. The growth of the economic relations of other countries with China has largely offset the fall in trade with Europe and the USA.

‎What advice would you give to donors on how to effectively fight inequalities in the developing countries?

It is an insoluble multi-sectoral problem with only one type of action. The first thing that needs to be done is to analyze the scale and nature of inequalities, before examining which drivers would be likely to counter them, in the fields of education, the labor market, tax reforms, etc. In this respect, it is important to look at not only the Gini coefficient, but also at disaggregated statistics, by comparing the standards of living of the richest 10% and the poorest 10%.

Donors can help with the implementation of reforms – as they already do – through budget or sectoral support, which is important for education and social protection.

Reducing inequalities on the menu of the SDGs! 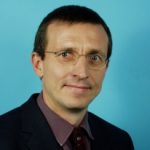